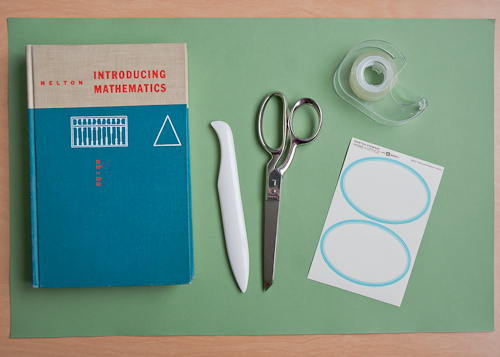 Have you been following the story about the College Admission Cheating Scandal? It makes me frustrated and angry on a dozen levels. Here are a few initial thoughts that have roared in my head over the last 24 hours:

– We suspect this kind of thing goes on, but here it is in all it’s ugly glory and it’s even grosser and more widespread than I imagined.

– The idea that rich people feel this need to hoard privilege. They have plenty of privilege already! Why would they cheat in order to get more?

– That even though only certain people are getting called out for this right now, it’s easy to bet there are hundreds? thousands? of families who have done the same thing, but just haven’t been caught. Perhaps they are feeling very nervous at the moment? At the same time it’s a reminder that rich people can do pretty much whatever they want and there are rarely if ever consequences. (Is it time to eat the rich?)

– The fact that the children of these celebrities and wealthy families were going to be fine no matter what college they went to. And that the kids don’t even seem to get a say in any of this. What if they don’t want to go to a fancy college? What if they know they won’t be able to keep up?

– The reality that no matter how hard your kid is working right now, there are going to be colleges they don’t make it into. And those same colleges will accept kids that didn’t do a stitch of work in high school, but have parents who bought them a spot.

– Felicity Huffman was released today on a $250,000 signature bond (meaning she paid nothing, and just promised to return to court). Meanwhile, a 16 year old boy who couldn’t hear the judge at his arraignment is being held on $300,000 bail. We reward the rich, and punish the poor. I feel like we have to keep shouting: It’s not a crime to be poor! It’s not a moral failing to be poor!

– I read the college admissions bribery scandal money was routed through a fraudulent 501(c)(3) nonprofit foundation. Which means wealthy parents got an IRS tax write-off because they said they were donating to a charity for “educational and self-enrichment programs to disadvantaged youth.” It’s feels like cheating on top of cheating.

– If you need a moment of humor, from the NYT: Collegiate fraud should begin long before high school. A solid bribery plan greases the wheels throughout your child’s development.

– I sigh when it occurs to me that there are a whole lot of parents right now who may not have known they can buy their kids a spot in a certain college. And now they’re wondering if they should do it.

– That the scandal brings up all sorts of other “legal” ways rich white people buy their way through life.

– And hasn’t it been well documented that these schools sit on billions in endowment money? So why do they insist on scrounging for $100,000 donations here and there?

Is the whole story stressing you out? Are you worried about your own child’s education? Wondering if you should take a second job, so that you can afford private school tuition? Depressed after reading your public school’s rating on Great Schools? Already stressed about how your 2 year old is going to get into the “right” pre-school or elementary school? Experiencing near-panic-attacks over college applications? Feeling like America is doing education all wrong no matter what kind of school it is (home school, private, public, charter, immersion…)?

Nothing seems to push the buttons of parents across the land quite like the topic of schools and education. And no surprise. This is important stuff. We know education changes lives and opens doors. We know stories of troubled kids who’ve had their life turned around by a great teacher. We know that extracurricular programs offered by a school can put a child on a successful career path they never even knew existed. We know some schools are better than others when it concerns bullies/special needs programs/allergies/sports/healthy lunches/harmful cliques/computer programming/foreign languages/whatever your main concern is.

We all want our kids to get the very best education possible.

I’m in the trenches too. I’ve got two kids in college, one in high school, two in middle school, and one in 3rd grade. And Ben Blair has two Masters and a PhD from Columbia in Philosophy & Education. Which I only mention to demonstrate that yes, like you, we care very much about our children’s education.

If you’ve been reading here for awhile, you know our kids have attended public schools in New York, Colorado, France, and now Oakland. Our oldest son is in his second year of community college, preparing to transfer to an architecture program at one of the UCs. Our oldest daughter is in her second year at Berkeley, preparing to declare a major in Media Studies and a minor in Creative Writing.

We know the ropes. So please let me reassure you: You’re doing a great job and it’s all going to work out.

One of the key things we’ve learned is: If/when you hear schools are bad, it often simply means they have bad test scores. And why are the test scores bad? Well, it’s not because the kids are dumb or the teachers aren’t good. It typcially just means there are students attending who don’t speak English well yet, so of course they’re not going to test well yet. My kids, who enjoy school and are great students, have been the kids who don’t speak the language yet. They’ve been the ones dragging down the test scores. And I can assure you, it doesn’t mean the school is actually bad.

We’ve also tried other options. Our first year in Oakland, one of our kids went to a private school where she could continue her French studies. And last year, two of our kids tried a charter school (Oakland School of the Arts). We had great experiences at both of those schools, but concluded we much prefer the offerings at public schools. There are several reasons we definitely prefer public schools, and one reason is this: At both the charter and private school, much more time and money was expected of families than at the public schools. And if a family can manage to give that much time and money to a school, the time and money will go much further and have a positive affect for more students, at a public school than they will at a private one.

Our recommendation: Assume your public school will be fine. And if you try it, and it’s not the right fit, then you’ll look at other options. But don’t waste your worry on a school you haven’t even tried. Free public schools are vital and valuable. Functioning and healthy public schools are necessary for a functioning and healthy country. There’s no getting around it. If you want your kids to live in an awesome country, then your best bet is to make sure every kid in your community (not just your kid!) gets an awesome education. And the simplest way to do that? Support your public schools.

Over the years, we’ve had some truly excellent discussions about education here on Design Mom, all with brilliant comments from readers, and I’m going to highlight of few of the best ones. They’re especially good for anyone looking for reassurance.

Feeling paralyzed about moving to a new city because you’re priced out of the neighborhood with “good” schools? Here’s a post on how to not stress out about choosing a school.

Overwhelmed by the college application process? Here’s a video discussing what to expect. And here’s a podcast about de-stressing the process.

Feeling like your kid isn’t on a traditional high school -> university track? There are other great options. Read this.

Too much homework at your school? Or not enough? Here’s a discussion of how we handle homework. And here’s a post about what happened when our elementary school instituted a no-homework policy.

Curious about schools in other countries? After a few months of school in the French countryside, this is what we observed. After a year+, these were our thoughts.

I hope these links are helpful to you. And now, I’d love to hear from you. What is on your mind lately as far as education goes? Are you thinking about curriculum? Discipline? Diversity and equality? Perhaps you’re worried about school start times for kids?

What are your thoughts on the college admission cheating scandal? And if you’ve read something about education lately that you found reassuring, please share the link in the comments.

P.S. — What if you attended a fancy school in England?