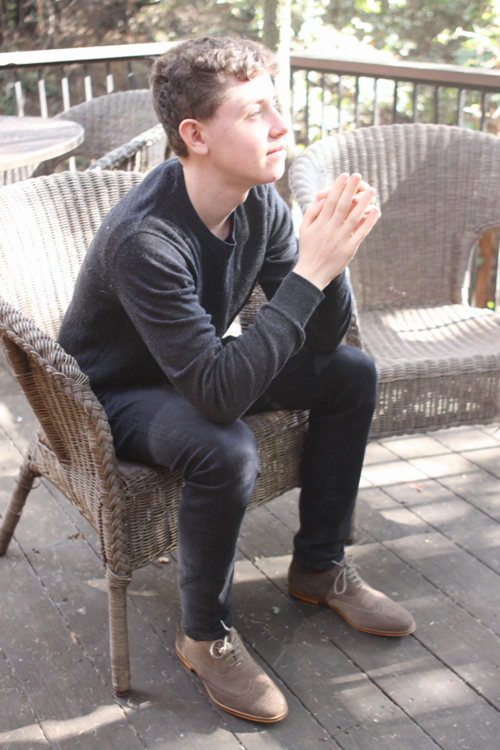 Here we are, finishing up another school year. We still have 3 weeks to go — our last day of school is June 12th. (Side note: School after Memorial Day always seems so challenging to me — it feels like summer vacation should start now!). June will be going to Kindergarten next year. Betty will go to 4th grade. Oscar to 5th grade. Olive will go to 8th grade. Maude will be a junior in high school. And Ralph was going to start his senior year. He was. But instead: he’s offically done with high school!

This came as quite a surprise to us. Here’s how it happened.

You may remember he spent his Freshman year in France attending a local French school. And he spent the first half of this school year (his Junior year) in France as well, enrolled in California Virtual Academy (which is a K12 online school). He arrived home for Christmas, and then went to Haiti with Ben Blair in January. When he got home from Haiti, we asked him if he wanted to continue doing online school, or re-enroll in the same high school he attended his sophomore year (the same school Maude attends). But he surprised us by saying he wanted to finish high school early.

Last year, one of his best friends had finished high school early by taking the CHSPE (pronounced chess-pea), which is essentially the California GED. And she’d started college at CalArts instead of attending her senior year. Ralph thought that path sounded amazing.

We were open to the idea, but wanted to learn more about it. What would happen if Ralph took the CHSPE? How would that change his college applications? How would it change his already unusual transcript? So, at the end of January, we called in a local college advisor — a consultant that helps families through the college application process — and we learned that taking the CHSPE changes things a lot.

When we talked with the counselor and told him about Ralph’s high school experience — good grades, lots of extra curricular, but one year in French school, one year in Oakland high school, and one year in California online school. We explained that we’d had a hard time transferring all his different credits into one seamless transcript. It’s not impossible to do, but because we were new to Oakland when we first inquired about it, and didn’t know the right people to talk to, and also because we simply didn’t have enough time to commit to the red-tape involved, we hadn’t been able to make it happen. We hadn’t given up on transferring the credits, but with Ralph wanting to finish early, we weren’t even sure if we should proceed.

The advisor said we had 3 good options:

1) We could enroll Ralph in a good private school in our area for the remaining half of his junior year, and his senior year. A private school would be able to evaluate what Ralph has learned, and translate all of his different credits into one transcript that would be easy to use for college applications. He told us that in theory, our public schools could help us do this, but that in California, public schools are so challenged for resources that it would be nearly impossible to get this done. (I’m guessing the difficulty depends on the school district.)

2) The second option would be to ignore Ralph’s transcript and instead, use AP (Advanced Placement) and IB (International Baccalaureate) subject tests to show college application boards Ralph’s academic qualifications. Basically, Ralph would take the SAT, and then as many AP and IB subject tests as he could make time to study for to show that he can do college-level work. Then college boards could focus on his test scores when evaluating his application and not even look at his transcript.

3) The third option was taking the CHSPE. If Ralph took and passed the CHSPE, he would be officially done with high school. And he wouldn’t need to take the SAT or ACT. But, applying to universities wouldn’t really be an option. Instead he would go straight to community college. There, he could do a two-year program, then transfer to one of the California universities to finish his degree. 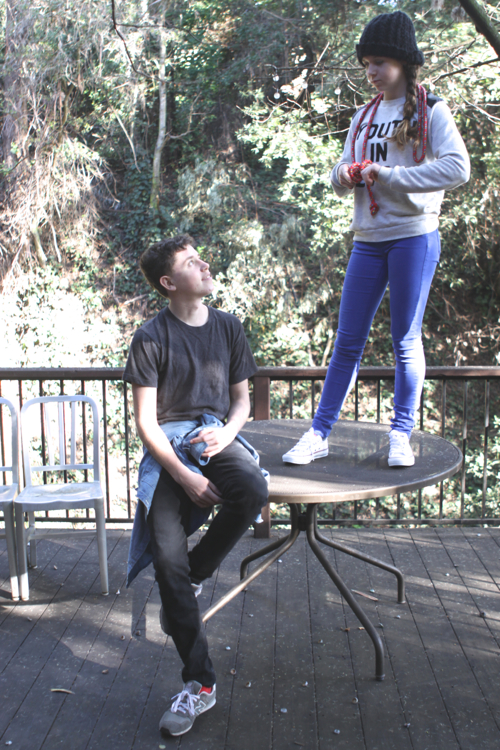 Ralph was definitely the most interested in option number 3. But Ben Blair and I had a million questions: can he transfer to a university after one year? Answer: Apparently, no. The transfer programs are based on two-years in community college. How expensive is community college? Answer: Umm. Super, super affordable! Especially compared to UC tuition. What about Cal Arts — how did his friend start immediately at CalArts? Answer: Turns out CalArts is a private university and they have some non-traditional entrance options.

I also had a big question for Ralph. I figured he might like attending community college the first year, when his peers were still in high school, but would he be bummed out when they went to their dream universities and he still had another year of community college? Also, would Ralph be sad to be missing his senior year and all the traditions that go with it?

But Ralph was 100% excited about the community college plan. Mostly, he was just ready to be done with high school, and also, because it was like a major bonus when he realized he could bypass the ACT and SAT, and build his video portfolio instead of preparing for a test.

So Ralph prepped for the CHSPE with a tutor for about 6 weeks and then he took the test in March (it’s only offered twice a year). At the end of April, he found out he’d passed. Which means: he’s officially done with high school! Since then, we were afraid he would be bored with all of his other siblings still in school. But it turns out he’s had a ton of work. He’s been busy taking on video jobs, being a camp counselor, teaching iMovie classes to teens, and working on Olive Us as well.

And this fall, instead of his senior year, he’ll be enrolling in community college. Luckily, we have 5 great community colleges in our area. He’s looking at computer animation classes and typography classes, and advanced video editing.

As parents, we’re delighted he has a solid plan for moving forward. And the more we learn about community college options, the more excited we are. Ralph hasn’t even started yet and Ben Blair has already become a community college advocate.  Many of the schools have a focus on trade skills (like learning Photoshop, or accounting), and the teachers often have full-time careers in their field. For example, a computer animation class might be taught by an animator from Pixar. The price is also super encouraging. For reference, the cost of tuition for a year is essentially equivalent to our family’s cell-phone bill over two months. If you transfer to a university after two years, it’s like getting a university degree at half the cost! Suddenly we’re wondering if community college should be the plan for all of our kids.

So Ralph’s current plan is to do two years of community college, then transfer to a university to get his degree. Right now he is interested in Cal Berkeley and UCLA, so he’s talking with people who have transferred to those schools from community college, but he knows that his options hinge on how he does at community college.

Since Ben’s PhD is philosophy of education, I put extra weight on his thoughts about this new path, and I’m feeling more assured since he’s so into it. One of the big things he references is Ralph’s sophomore year. Ralph earned excellent grades, took hard classes, participated in marching band and jazz band, and theater too (he won Best Performer of the year!). But in order to do all of that, he stayed up super late pretty much every night, was constantly stressed out, and we hardly saw him. Even before Ralph chose this new path, the idea that he would be that stressed for 3 years in order to go straight into a good university was already feeling wrong.

I still have regrets about my college career because I was a pretty high-achieving high schooler, and  when I started college, I was burned out on school. So knowing there’s an option for teens, where they can learn what they need to learn to finish high school, but not have to be super anxious about grades or standardized tests, feels like a godsend. 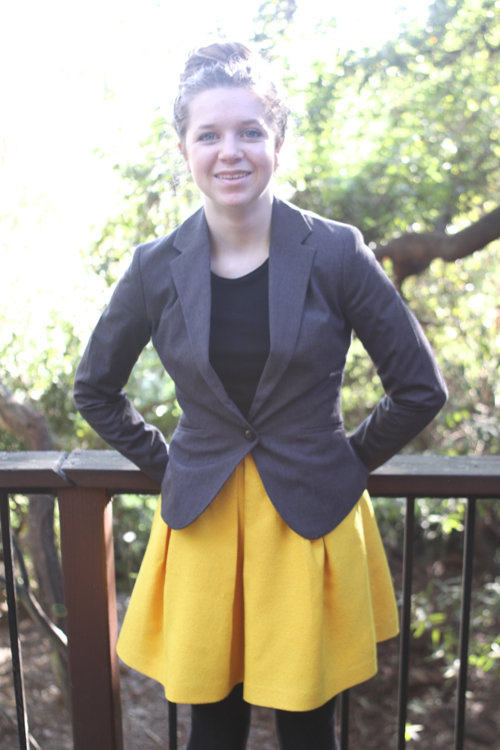 I can tell you I also have a funny feeling like we’ve suddenly gone off script. The “script” was: check out colleges as a junior, apply in the fall of senior year, graduate, then head to university the next fall. Maude is still following that script. (And every time she’s stressed out by the burden of her AP classes, I wonder why in the world I’m clinging to this script so tightly.) But with Ralph, we’ve now taken a new path, and I’m feeling like I need a new script, a new roadmap. (Side note: For me, the script sort of ends at college, because there are so many variables at that point. Length of universtiy depends on what they study, where they study and how they study. They may want to do graduate work, or go on a mission, or study abroad, or get married. Who knows? So I guess our script for Ralph is just ending a bit early.)

The other thing we didn’t expect, but that has been fascinating, is that the more people we tell about the community college plan, the more we hear about people taking non-traditional approaches to college. It makes me wonder how the college experience will change from the time Ralph starts to the time June starts.

Now I’m dying to hear: What was your experience after high school? Did you go to college, and if yes, did you attend 4 years in the same place? Or did you get to University through an unusual path? We have friends who partied through high school, attended okay colleges, and then did graduate work at Ivy League schools — anyone else? If you have kids old enough to go to college, what kind of path got them there?

P.S. — The real reason college tuition costs so much. Also, the advisor we talked to was recommended by our friends at church and he is fantastic, his name is Matthew Hulse, and if you live in the Bay Area and need college help, I would highly recommend him.