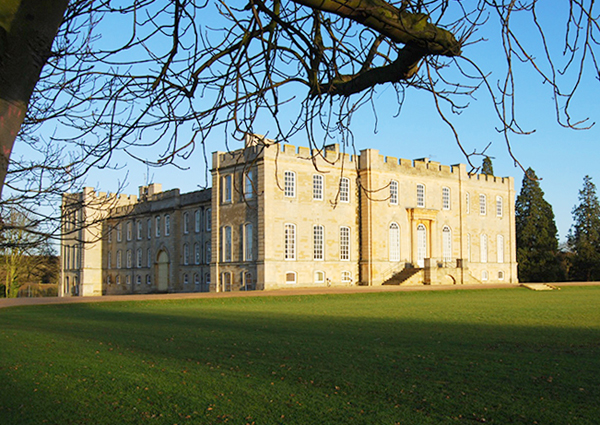 Earlier we discussed Dutch schools and French schools, and today, I thought it would be fun to discuss English schools too.

Let’s start with Jessica Rushing. Jessica is an American mother of 4 kids. Almost two years ago, the whole family moved from Washington D.C. to England, where the kids attend school in that amazing building pictured above. Jessica told me the English schools totally transformed her kids into students who actively look forward to going to school. And she believes it’s all do to one simple thing — not budget related — that any school district could replicate. 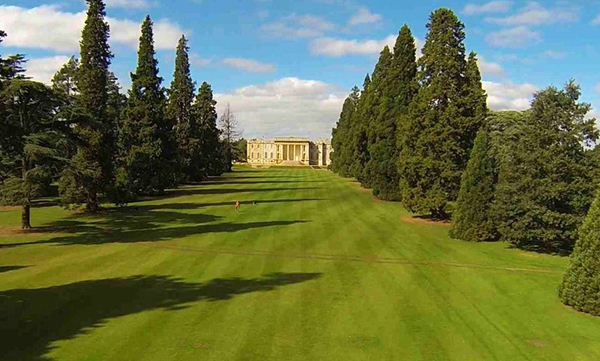 When our family of six moved to England in August of 2015, we knew that we’d be experiencing a lot of new things. Little did we know, though, that the thing that would make the biggest change in all our lives would be the British schools my children would attend.

When we lived in the D.C. area, my four children attended public school in what was considered one of the best school districts in the country. We loved our schools, but had all the typical complaints so many families had: not enough activity in the school day, budget cuts every year that impacted (or even eliminated) arts programs and extracurricular clubs, and really, really bad food served for lunches.

Moving to England, we put our kids in an independent prep school. In the U.S. it would be considered a private school, although the tuition is actually much lower than private school tuition in the States. The difference the school made in my kids within just a few weeks of starting was simply unbelievable. They were happier, more engaged, and more positive about school overall. All four of my children now actively look forward to going to school — last July, when the school year ended, my ten year old son looked at the calendar and sighed that he wished summer break weren’t so long because he loves school so much! If that isn’t a sign that the school is doing something right, I don’t know what is!

The thing I think makes the biggest difference in British schools is how the school day is organized. Our school here runs from 8:50AM to 3:50PM, so the five day school week lasts 35 hours total, which is only 25 MINUTES longer per week than our school in America. Out of those 35 hours, though, my kids spend 19 in lunch/recess and physically active classes like P.E., Art, Music, and Games/Sports. In our school in the States they had only about 5 hours of guaranteed physical activity in a school week! Based on that change alone, it’s no wonder they are happier with the British schools system. They never have to sit in a class for more than 90 straight minutes during the entire school week. 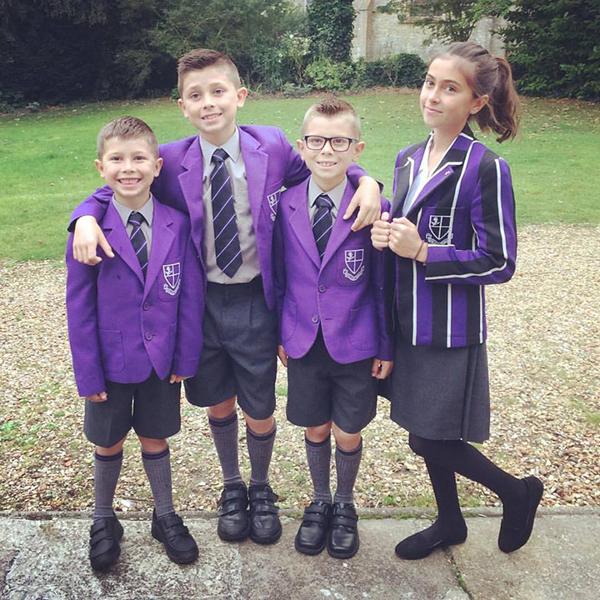 The activity built into the school day here makes so much sense that it now seems insane to me that kids in schools in the U.S. spend so much time sitting in one classroom. Kids want — need — to move around. Every parent pretty much knows that. The way the school day here is organized enables kids to move and run and play more consistently. Because the kids are moving so much more often in British schools, they are better able to sit quietly and pay attention when they are required to — there’s no bottled up energy just begging to be released! So although my kids are spending less time on average sitting in a classroom, they are actually learning more and getting better grades than they ever did at home. It’s a win-win situation.

The other thing I love about British schools is that from the equivalent of American 2nd grade, the children change teachers and classes throughout the day for different subjects, similar to a middle school day in the U.S. At first I was worried about it — what if the kids had trouble adjusting to different teachers or settling down as each new class started? But it turns out I worried for nothing. It has actually been really good for my children to be exposed to multiple different teaching styles throughout the day. They’ve also learned how to adapt their behavior to different classes and different teachers, which is a great skill to acquire at a young age!

I’m not honestly looking forward to the time when we have to put our kids back in a school where they sit all day long, but it’s coming. It just seems to me that the school here organizes the days in a way that makes kids happier AND enables better learning. It has nothing to do with funding or budget and everything to do with priorities. In fact, I feel so strongly about it that I’m in the process of writing a book about the schools here and how American schools could make small changes that would have huge impacts.

In the meantime, though, we are just trying to soak up all the goodness we can from British schools we have now. No matter what happens in the future, I know my kids have had an amazing school experience here and hopefully wherever we end up, we can build on that.

Oh my goodness, Jessica. I love this write up. But first of all: those knee socks and little purple blazers! I’m dying of cuteness. Beyond the cuteness, I found your insights super interesting. Thank you for sharing with us.

Dear Readers, what do you think? Could something as simple as a daily schedule change, allowing for less sitting time, transform your kids? Do British schools and their schedule sound appealing to you? And do any of you attend schools that are similar? If yes, do you have the same take as Jessica? I’d love to hear.