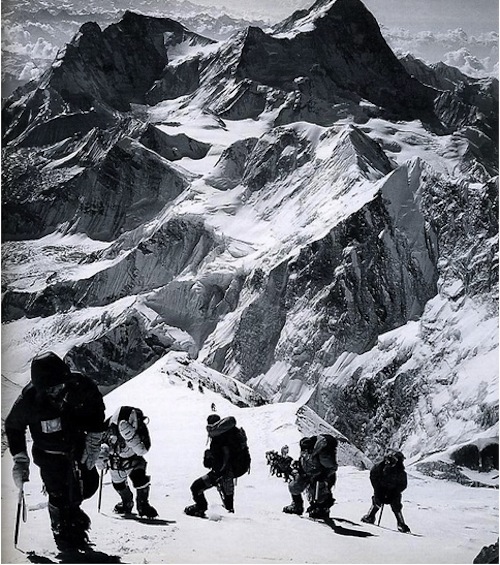 I am endlessly fascinated and terrified by anything that has to do with Mount Everest. I’ve read Into Thin Air, watched inumerable documentaries on the subject, and scoured the internet for as much information on the peak as possible. There’s no end to the mystery and thrilling stories behind that prestigious climb. And for as much as I try, I cannot wrap my head around why someone would want to climb such a treacherous mountain; at the same time, I can imagine the complete and utter rush of accomplishing such an incredible feat. This time-lapse video of Mt. Everest captures that other-worldly natural drama that makes this peak almost magnetic.

I’d love to know: Is it hard for you to wrap your mind around such terrifying adventure like this? Or do you crave tackling seemingly insurmountable obstacles? And, just because I might die if one of you says yes: Has anyone climbed Mt. Everest?!!

P.S. — George Mallory, an English mountaineer who tackled Mt. Everest in the early 1920s, is famous for responding to the question, “Why do you want to climb Mt. Everest?” with “Because it’s there.” The audacity, am I right?