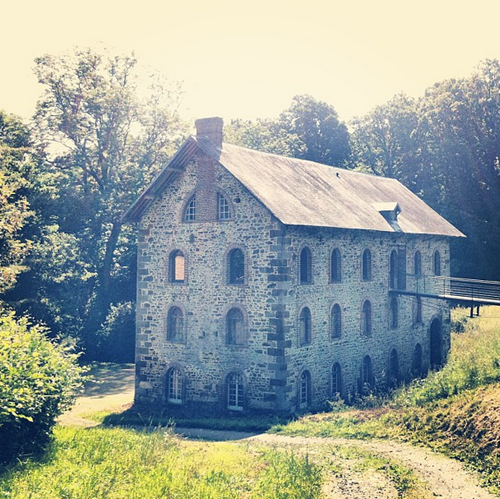 Okay. Let’s just get this out there. My blog is going to have a split personality for the next year, or probably longer. I’ll be talking about the French cottage in the countryside. Giving updates on the renovation. Sharing photos. And very likely taking trips back to France when we need to make in-person decisions. But I’ll also be talking about Oakland. Very urban Oakland. What it’s like to settle in. What we figure out for schools. And how we’re making our house a home. I hope it will be more fun and interesting than it is confusing. But who knows? We’ll find out soon enough. : ) This one is a cottage post.

On Tuesday, we met with an architect named Bernard Pasquier. And it was the dreamiest sort of meeting. Bernard is actually retired and he’s only taking on passion projects at the moment. So before he would commit to our project, he wanted to meet us, and visit the property to “get a feel for the spirit of the place”. He also wanted us to see his work in person to make sure his style was a good fit for us.

So we had our first meeting at his home. It’s the building pictured above. A converted mill. And it’s stunning! See the bridge heading to the top floor? That’s the entrance. He designed the bridge himself. And that top floor? It’s a modern open loft with French industrial influences. It looks like it would be right at home in Soho. I love it. 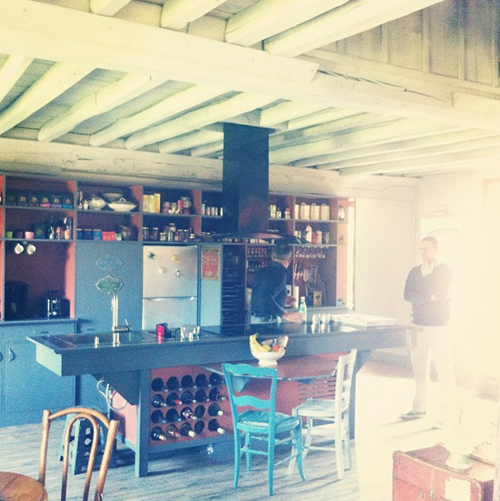 Oh man. I was in awe at the space and couldn’t believe how lucky we were to meet him. We really wanted to work with a local architect if at all possible, but we are so rural there aren’t many around, so to be introduced to Bernard feels like such a gift. And guess who made the introduction? The same family that owns La Cressonnière. They know all the coolest people! I swear.

At that point, we knew it would be ideal to have him as our architect, but he still needed to see our cottage. And what if he didn’t like it? It’s so modest, and in such ruin! But he went with us to the property, inspected every inch of it, and spent some time walking around the building. His conclusion: it’s a special place with a really unique outbuilding. And yes, he’s going to work with us! 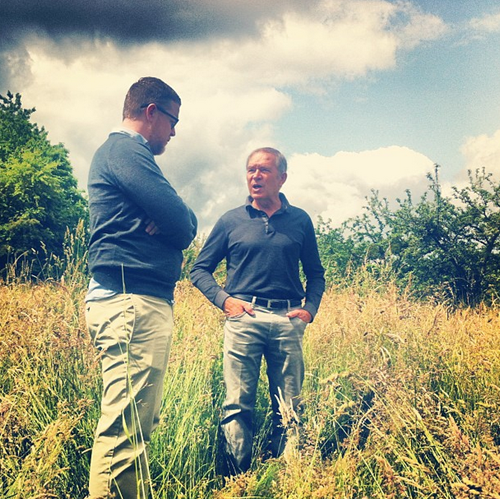 We couldn’t be happier. This adventure is really happening! We can hardly believe it.

Tell me, Friends. Have you ever worked with an architect before? Any tips? I haven’t and don’t quite know what to expect. But I’m excited!

P.S. — I’m thinking I should create a “Cottage” tab and an “Oakland” tab to make it easier to follow along. Watch for it.

23 thoughts on “The Architect”