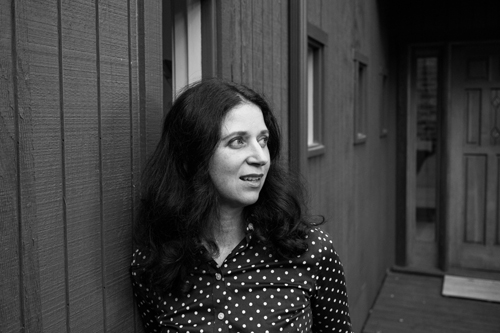 It’s been awhile since I’ve written about my depression. Are you in the mood for an update?

I like to think of my depression as being under control, but if I’m honest, that’s not the case. Because sometimes, despite consistently taking medication and trying to live a generally healthy life, it shows up again.

And every single time it is maddeningly debilitating.

It keeps me in bed, losing whole days of my life, instead of knocking stuff off my to-do list. It keeps me home, weakening relationships, when I should really get out and be social. Or it requires me to use up all my energy to focus on not dying.

Such a horrible waste.

Beyond the depression itself, the unpredictability is another layer of awful. I never know when a new round of depression is going to hit, or how bad it’s going to be. Which makes figuring out how to treat it a constant puzzle. I’ll be a few days in and wondering, do I need to see a doctor? Adjust my meds? Or is this just a blip, and I’m going to feel better tomorrow?

And then, eventually, things get better, and the medicine seems to kick in again, and I’m back to my functional self.

I think I keep expecting to be “finished” with it at some point. The depression came on in such a bad way after we arrived here, and I could easily understand why. It was brought on by the traumatic move. End of story.

If someone had told me I’d still be dealing with it years later, long after we’d settled in and embraced our life here, with no additional triggers I can identify, I wouldn’t have believed it.

The last few times I’ve woken up with depression, I’ve wondered out loud to Ben: Am I going to have to deal with this for the rest of my life? Because a) I don’t think it’s worth it, and b) I’m not up to the task. I give up. I’m done. I need to be done living.

I hate depression so much.

As the calendar turned earlier this month, I made a pledge to myself that I would try and do something different about my depression this year. I would try something new to help treat it, or help me recognize the triggers, or just anything that will help give me a little more control over it. Do I need to add therapy back in? Do I need to change what I eat? Will a gratitude practice affect things? A calming bedtime routine? Who knows. But I’m ready to try things and see what happens.

Since I made that pledge to myself, two things crossed my path that made me take note. The first was a status update from my friend Morgan Shanahan (you might recognize her from many viral Buzzfeed videos):

“The thing about my depression is when it first grabbed me by the ankles, my instinct was to give myself little gifts — allowances that I normally wouldn’t take. It began small: You don’t have to finish writing those pages today. You can skip the shower and turtle on the couch. You can cancel that meeting. You can take a nap without checking your calendar. You can eat that entire bag of Oreos. And then, one day, I was no longer reliable. I was no longer physically healthy. No longer a social creature. I had gifted myself right out of society.

Treat yourself well, but don’t cease to hold yourself accountable. The gifts we give ourselves to get through hard moments aren’t meant to be kept around forever. I’m still picking up the pieces of a life ignored.”

Her observation hit me squarely in the chest. For me, it’s spot on. I can totally see I’ve done the same thing from time to time. I’ve been so careful about tip-toeing around my depression, not wanting to make it worse, that I’ve withdrawn when it was a mistake to do so. I’ve actively avoided school and church activities where I should have been making new friends. I’ve said no to work meetings and opportunities that would have opened doors. I’ve left a family trip early and stayed in bed while my kids were at the beach.

I want to be better about both taking care of myself, and not using depression as an excuse to skip doing the right thing or taking the challenging step that will ultimately be good for me.

The second thing was an article in the Guardian. It’s titled “Is everything you think you know about depression wrong?” It’s an excerpt from a new book called Lost Connections: Uncovering the Real Causes of Depression – and the Unexpected Solutions.

It’s written by someone who medicated his depression for 13 years, and then did a bunch of research into the underlying causes of depression, and it changed how he approached treatment. From the article:

“I ended up going on a 40,000-mile journey across the world and back. I talked to the leading social scientists investigating these questions, and to people who have been overcoming depression in unexpected ways – from an Amish village in Indiana, to a Brazilian city that banned advertising and a laboratory in Baltimore conducting a startling wave of experiments. From these people, I learned the best scientific evidence about what really causes depression and anxiety. They taught me that it is not what we have been told it is up to now. I found there is evidence that seven specific factors in the way we are living today are causing depression and anxiety to rise – alongside two real biological factors (such as your genes) that can combine with these forces to make it worse.”

I found the essay really interesting, and I’m intrigued enough to want to read the book, though I’m not sure if I totally agree with it. For example, he mentions having no control of your work being a major cause of depression, but, I have full control of my work, so in my case, that doesn’t apply. But I want to stay open-minded and see what I can learn from the book.

So that’s where I’m at on mental health at the moment. Still taking my daily medication, and looking at additional options that might help.

How about you? How is your mental health these days? If you already deal with depression, or anxiety, did it get worse after the election? Or better? Have you made any breakthroughs lately? Figured out a trigger or found something that helps? I’d love to hear.

106 thoughts on “When Your Depression Meds Don’t Always Work”