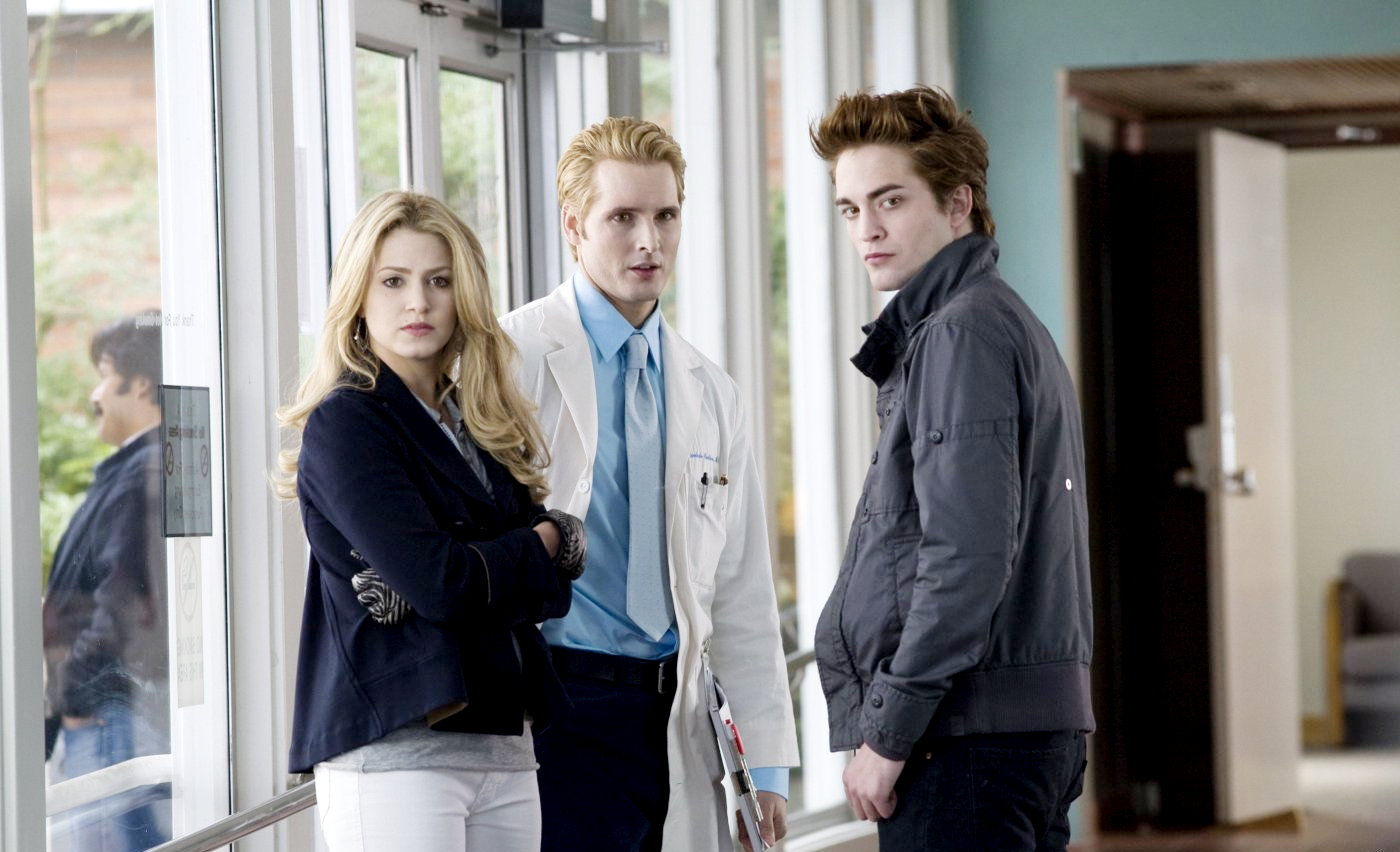 This is a lightweight topic vampires’ moral obligations, but I’d love your thoughts. Do you enjoy something that is widely considered embarrassing, but you love it anyway without shame? I was thinking about that as Ben Blair and I binge-watched the Twilight Movies a couple of weeks ago. They’re on Amazon Prime at the moment, and we watched the first one, and then decided to keep going and watch all five.

It’s not the first time we’ve watched them. I bought and read the books when they first came out, and we watched all five of the movies in the theater. We’ve rented the movies a few times since, and always love when they show up on Netflix or Amazon.

I’m aware the books and movies were panned by the critics, and understand some people are troubled by the power dynamic between the vampire boyfriend and human girlfriend. (I suppose it doesn’t stress me out, because it’s a universe with vampires, so I feel like we’re working with a different set of rules.) But I admit, I’m a total fan of the series! I think Stephenie Meyer is an excellent story-teller, and I feel like the movies were cast remarkably well. (You can totally disagree with any of this. I don’t mind. Really. I’m old enough to know what I like and not worry about if it pleases other people.)

When we watched the movies the other night, I had a thought about super heroes, and I’d love your take on it. In case you haven’t read the books, or seen the movies, here’s a little explanation first: The Twilight Saga features a family of vampires who have intentionally chosen to not drink human blood. Instead, they drink the blood of bears or mountain lions or other large mammals. It’s sort of like a vegetarian version of vampires. Human blood is tempting to them, but they’ve learned to overcome the temptation, because they want to live among humans as active members of the community.

The vampires have superhuman strength and speed. They can only be destroyed by fire (they can’t be shot or stabbed). They live forever without aging. Some, but not all vampires, have additional skills — one can read minds, and one has visions of possible futures.

The father of the vampire family, Dr. Carlisle Cullen, has lived with the no-human-blood diet the longest, and has completely mastered his cravings. In fact, he works in a hospital and is around human blood all the time, but he is never at risk of hurting his patients.

As I considered this, it made me wonder: what is the difference between Carlisle and a superhero? Instead of limiting his service to the small town hospital of Forks, Washington, does he have moral obligations to use his strength, speed, and ability-to-never-get-injured, to help the world in a bigger way? To fight crime? To bring justice? Is it morally wrong of him to keep his skills hidden?

And do you have any movies, music, books, or even food, that you love, but that you know others might be embarrassed of? Am I the only Twilight fan?

45 thoughts on “Do Vampires Have Moral Obligations?”