Yesterday, we were in Paris dropping off two of our nieces. Happily, it happened to be the Tour de France finish. So of course, we decided to watch as the racers made their way up and down the Champs Elysées.

I know very little about the Tour de France (basically, I know Lance Armstrong’s name), so I had no idea what to expect, but this is what it was like. We walked along the very festive Champs Elysées. Banners were out, streets were blocked off, the weather was ideal, everyone was in a good mood. And everybody was waiting. We bought a hat. 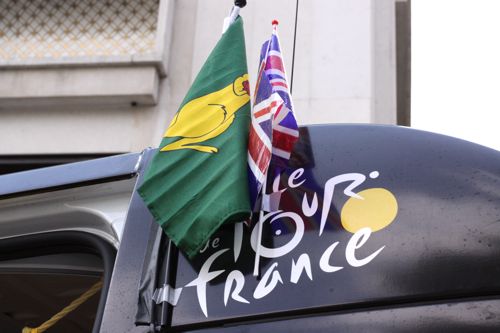 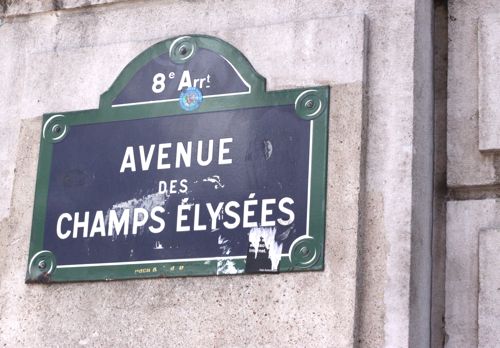 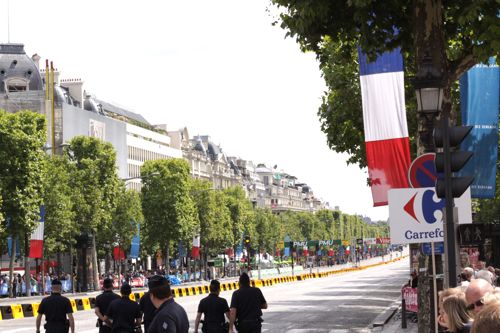 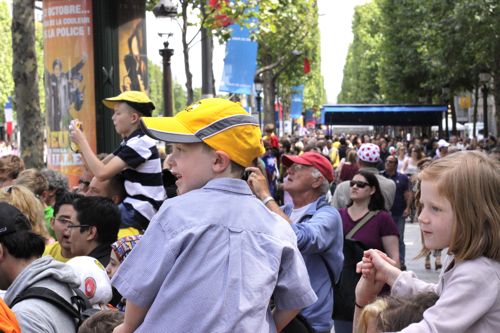 About an hour before the racers made their appearance there was a parade of sorts that came through and got the crowd pumped up. Then more waiting, so we treated ourselves to ice cream cones. Then the first group of bikers appeared! It was a breathless few seconds (seconds!) and they were gone. Just like that. So crazy! I couldn’t believe how fast they went. And there were team cars following behind them going crazy fast as well. We stuck around for the next group of bikers, caught some fun pics and headed home.

Such an experience! I’m so glad we got to see it. 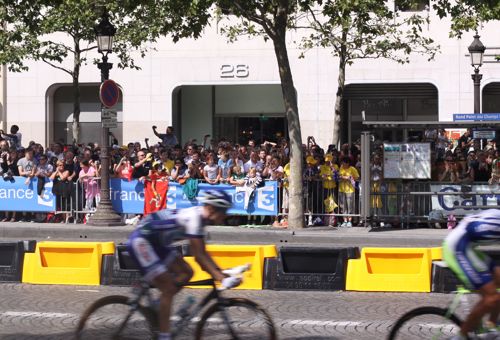 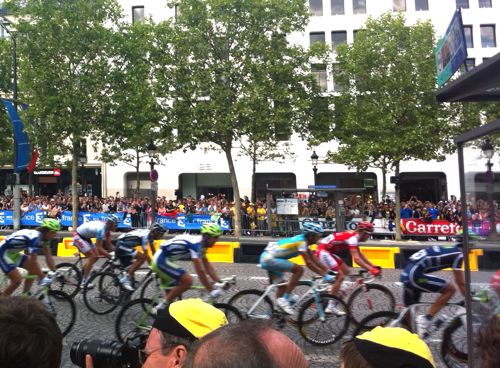 Are you a Tour de France fan? Did you have a favorite racer this year?