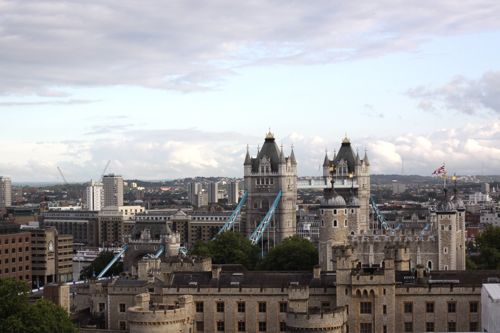 We spent Monday morning at the Tower of London. This was my first visit to the Tower and I really had no idea what it was before I actually got it line for tickets and started reading about it.

It was right by our hotel and we had a gorgeous shot of both the Tower Bridge and the Tower of London. In fact, I took these photos from our 2 hotel rooms. The views were amazing! 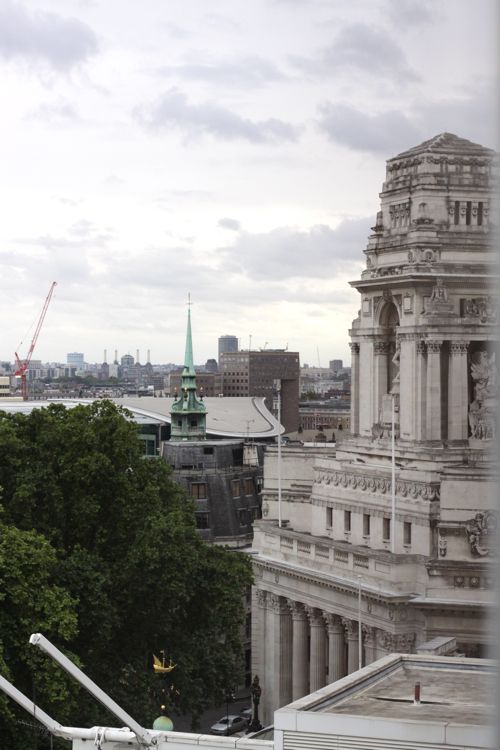 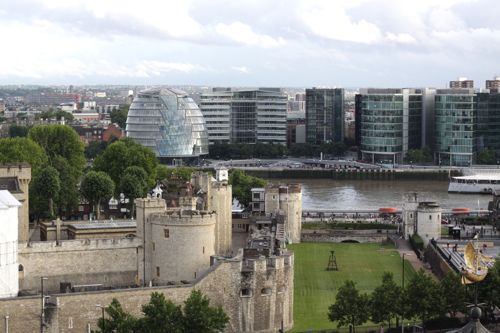 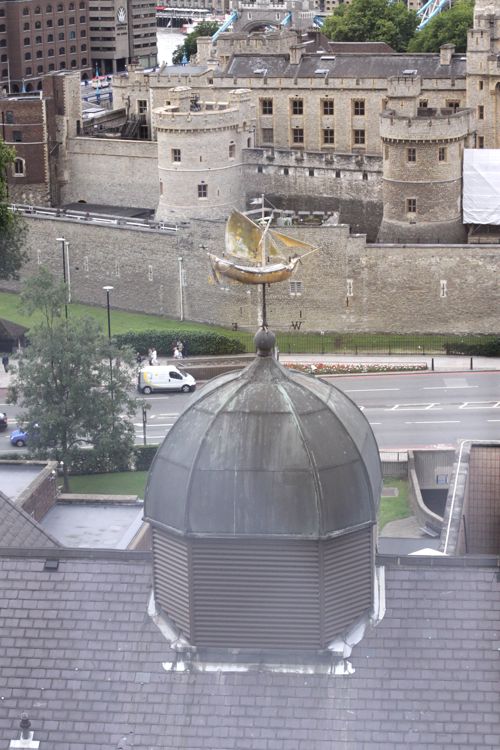 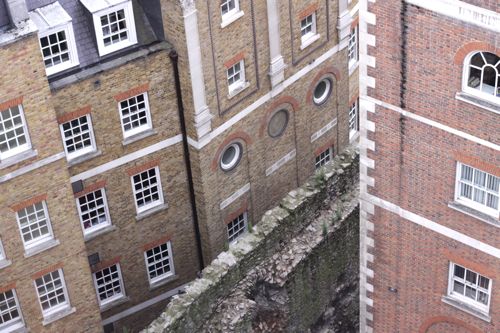 Looking down from our hotel window, I could see two buildings with the remains of an ancient wall between them. Doesn’t it make you curious? What was the wall for? How old is it? Who’s responsible for it now?

I felt like that juxtaposition of old and new was typical throughout London. It’s a very modern city, but it’s ancient too. And the Tower of London is a perfect example. If you visit, you can see the real live Crown Jewels! — surrounded by very high-tech security. You can see a timeline of English Monarchy going back a thousand years. You can take a tour offered by uniformed Yeoman Warder and you can see the torture chambers. You can visit the armory. You can see where traitors were hanged. You could spend all day if you liked. 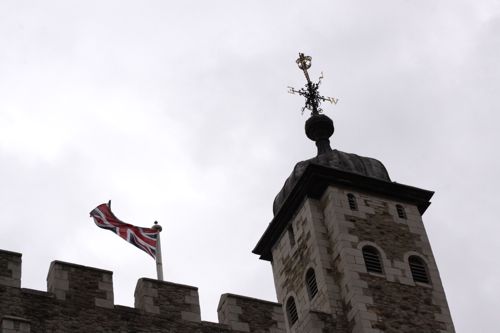 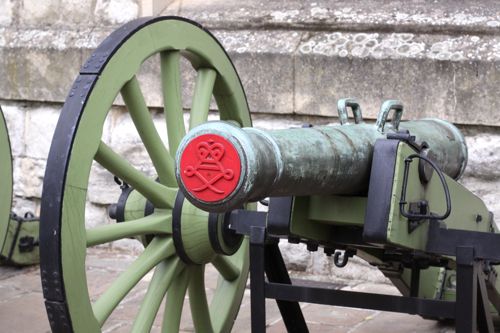 Next time I visit, I’ll be sure to brush up on my English history first. I think it would help me get twice as much out of the visit. 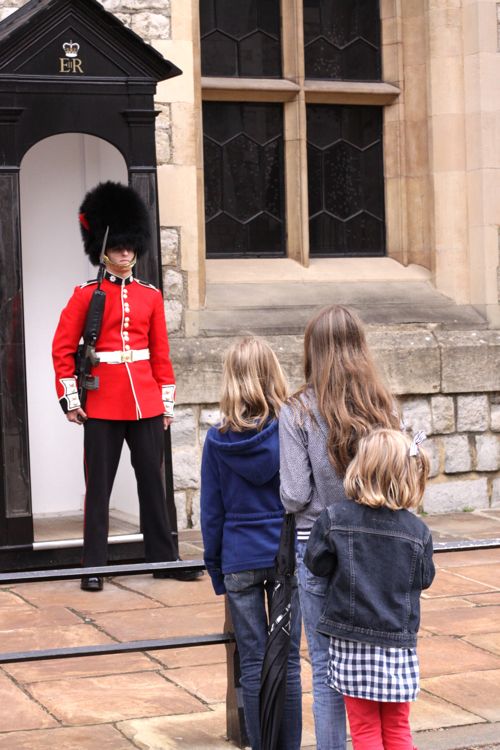 There were a few guards on duty at the Tower and Olive and Maude wanted to see if they could make this one smile. Betty was too shy. 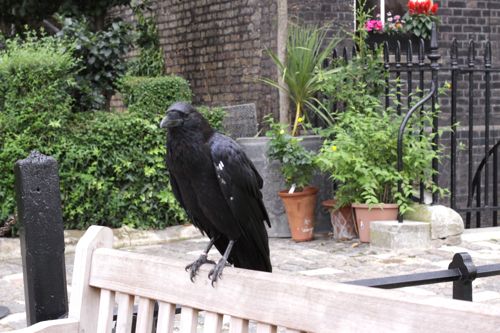 Ravens live at the Tower of London and there’s a legend that if they ever leave, the kingdom will fall. Ravens are bigger than I realized. 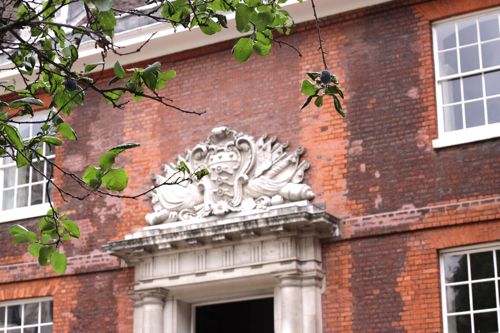 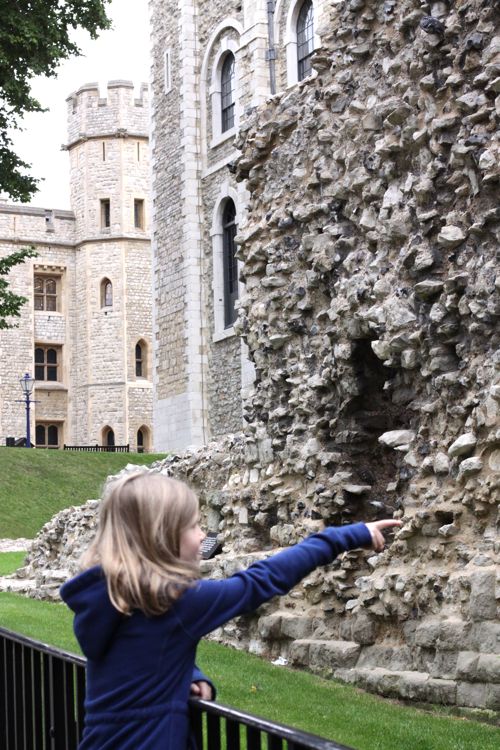 The grounds are beautifully kept. It was fun just walking around and see examples of architecture throughout the centuries. William the Conquerer began the Tower of London a thousand years ago. 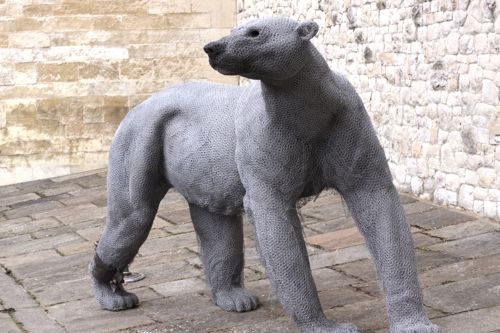 Throughout the grounds there were these amazing mesh sculptures of animals. Bears, lions, monkeys. I have no idea what they were there for, but they were sure neat to look at. 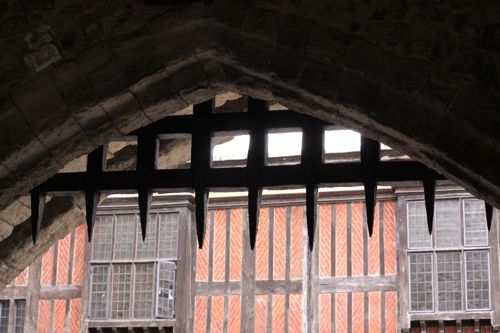 Occasionally, there would be a spiked gate like this and it would remind me that this was a real castle that had a history of being attacked and defended.

After our visit to the Tower, we walked back across the street to our hotel. So convenient! Speaking of the hotel… 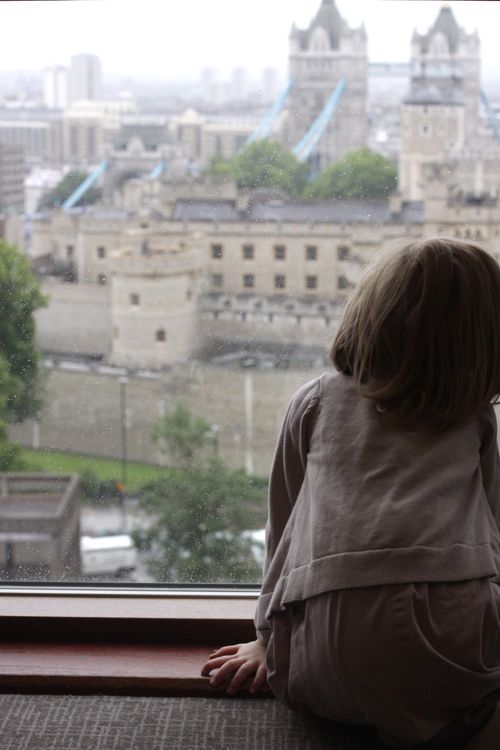 Every time we travel, I get a handful of emails asking how we handle hotel rooms for 8 people. So here are a few notes on how we make it work and what we look for in a hotel. At the Grange City we stayed in two rooms, each with two queen-size beds. Ben Blair and I take one bed, Oscar and Betty take the other bed in our room, and Baby June stays in a port-a-crib provided by the hotel, also in our room. In the second room, Ralph and Olive shared a bed, and Zella and Maude slept in the other bed.

One nice thing about this hotel is that the rooms were big and had flexible options. Both rooms had a chair or sofa that folded out into a bed. So, if one of the kids really wanted their own spot, it was totally doable. But they didn’t mind sharing, and that meant the foldaway beds could stay folded away, which kept the rooms feeling open and spacious. 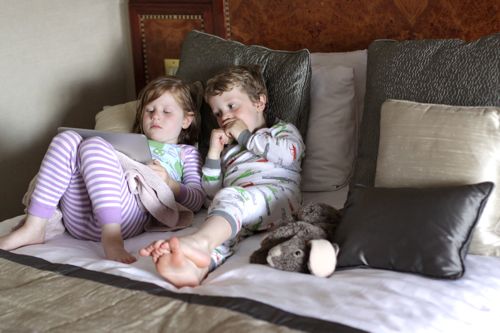 This hotel really was perfect for our trip. As I mentioned, it was right next to the Tower of London, which is one of the the major tourist attractions in the city, and it’s literally next door to a subway stop. Plus, the Tower of London is one of the spots to pick up a ferry ride on the Thames. Or, if we wanted a taxi, the hotel had a line waiting outside. So it was really easy to get around. 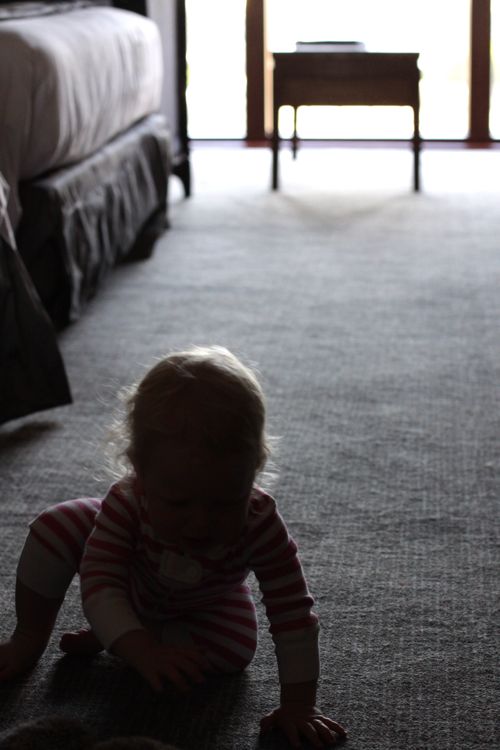 In addition to location, another thing we look for in a hotel is free breakfast. So helpful! I love getting up, knowing I don’t have to think about how we’re going to feed everyone first thing. The whole chain of Grange Hotels has a promotion where kids stay and eat free. We took full advantage of it! : ) 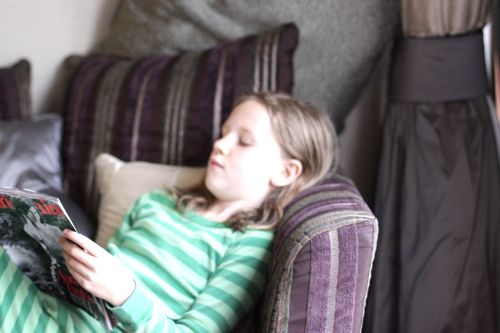 Lastly, when possible, we book a hotel with an indoor pool. The reality is, our kids are still quite young, and they are often content to skip most of the sight-seeing and just swim all day. In fact, several times, we split up the group and let the little ones nap, swim and hangout at the hotel. (Bonus for mom and dad, our hotel had a particularly beautiful pool.)

What about you? How do you handle accommodations when you travel? 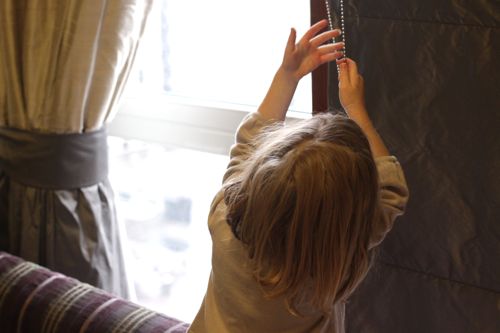 61 thoughts on “Tower of London (Plus Hotels with Kids)”