On Saturday morning, Ben Blair decided it would be really amazing to attend the final match at this year’s French Open. It was between Federer and Nadal — who are quite possibly the best two players of all time. So he got to work searching every possible online source and around dinner time, we were proud owners of two tickets to the final! 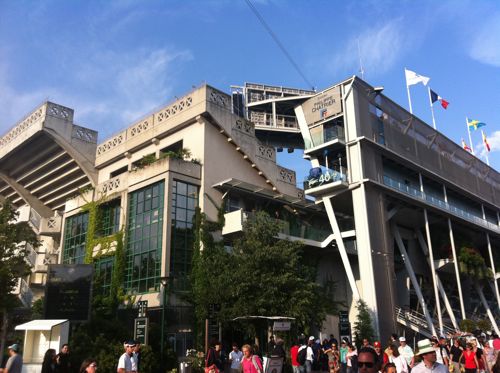 Yesterday, we drove to Paris straight from church. Jordan and Paul generously took care of all six kids, while Ben Blair and I grabbed a taxi to Roland Garros. The stadium was very French — lattice work cement, orange clay, green seats and red geraniums lining the court. It was such a treat to be there! This is what it looked like about 30 minutes before the match started: 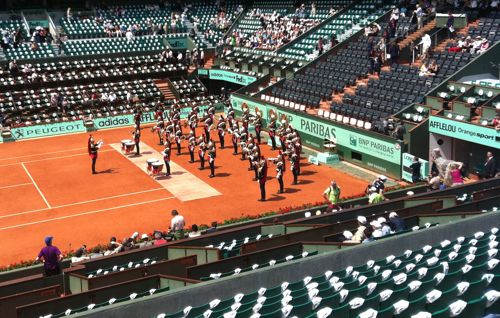 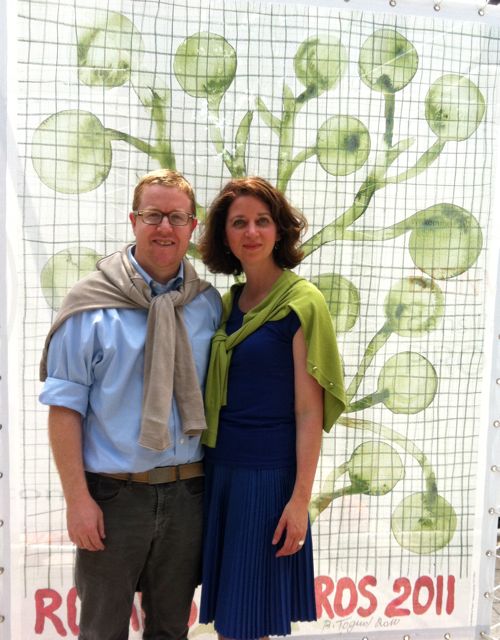 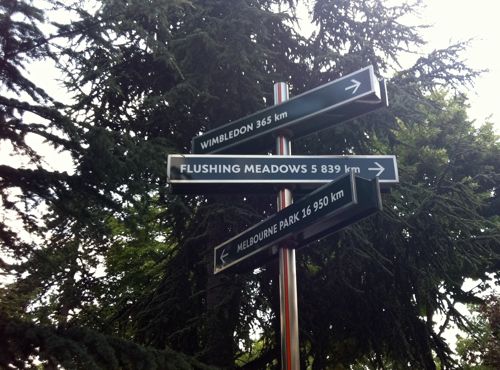 There were more geraniums dripping from the stadium exterior. 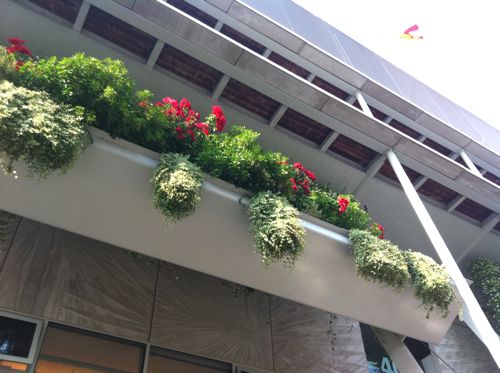 Lacoste has been a sponsor of the French Open for 40 years. They placed shirts on bronze statues throughout the park. 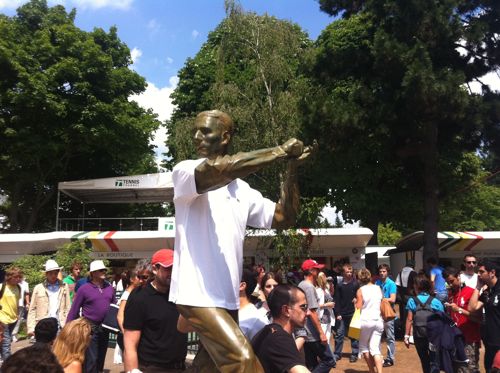 Here are Nadal and Federer setting up for the final point. If you watch tennis, you already know at that Nadal won. Federer was the underdog and the crowd favorite, but he’s never beat Nadal at the French Open.

They were both really fun to watch. The match was 3 hours 40 minutes of hard play with a 10 minute rain break in the middle — can you imagine how exhausted they must have been? I kept thinking of Nadal, who doesn’t speak French, and wondered if he understood what people were calling from the stands. 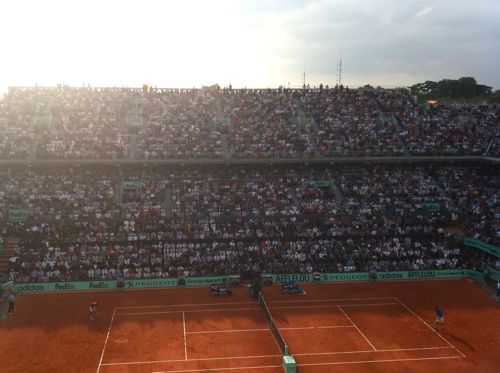 I think my favorite part about watching tennis, is how civilized it is. The crowd is completely silent during play and very respectful. The other thing I love is that tennis stadiums aren’t too big — so if a fan calls out something during a break, or one of the players grunts during a hard swing, the whole stadium can hear it clearly.

There’s something spectacular about all those seats filled to watch two people compete.

I can’t say I’m a hardcore sports fan, but I’m always up for attending any event that feels a bit historic — I’m talking life list worthy events. This definitely fit that bill. What about you? Have you ever attended one of the Grand Slam tennis events? What sporting event would you most like to see? 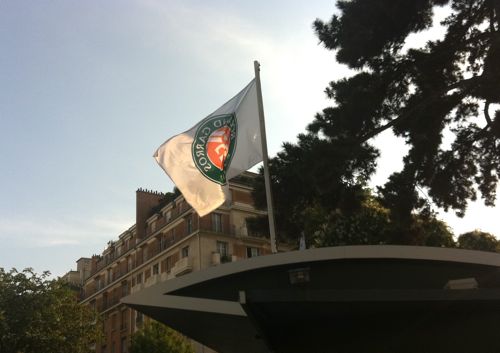 78 thoughts on “The French Open”