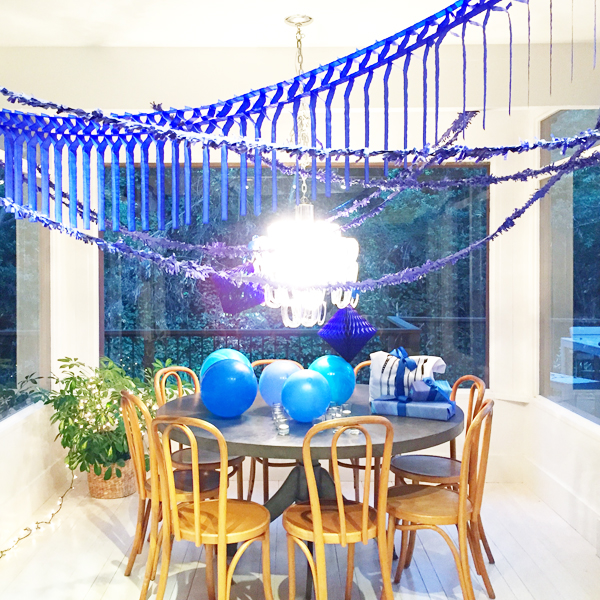 Tada! I’m back with another installation of my Random Thoughts. I try to post one of these once a month, and  it’s basically a compilation of whatever is on my mind at the moment. Feel free to share your own random thoughts in the comments.

– Today was the day we sent Maude off to Paris once again. For some reason, I thought it would feel less emotional, but nope, there we were at the airport, bawling once again. As I waved her off with tears streaming down my face, a sobering thought popped into my head: so the next 10 or 15 years is just going to be a series of emotional goodbyes? Oh dear. No real conclusion here. Just thinking about this.

The last time, Maude was gone for 3 months. But this time, she doesn’t have a return flight yet, and the current plan is that she won’t come home until school ends in France, which is the first week of July. So we’re talking six months without seeing her!

That seems super long, so on the way back from the airport, Ben Blair and I talked about the possibility of having her fly home for Spring Break, or perhaps having me fly to Paris to see her there.

– Speaking of flying to Paris, the main reason that even came up as an option is that flights to Europe are super bargain right now. Maude’s flight, bought only 3 weeks ago, was $250 one way. And two days ago, a friend mentioned on Facebook that she grabbed round trip tickets to Paris for $450 — and those aren’t off-season flights. Her tickets are for the summer!

Have you happened to see any bargain prices? We tried WOW air for Maude. It’s a bare bones situation — no tvs, no extras, no snacks, and you get charged for even a carry-on. Their flights from the U.S. stopover in Iceland.

After our epic last summer in France, we were thinking we’d stay put this year, but my oh my, I admit the ticket prices have me wanting to plan a trip.

– A little update on the blue (actually purple) hair. It truly completely washes out. The color was put in two weeks ago, and since then, I’ve done one touch-up with color in my conditioner, but the color is gone. Like really gone. Barely a whisper of lavender remains.

To be clear, I haven’t done any of the things I was supposed to in order to preserve it — I didn’t use cool water on my hair and I didn’t use sulfate-free shampoo, so I’m not really surprised. Mostly I’m just letting you know in case you want to try something new.

Knowing I can try a color and have it disappear so quickly is lovely! It makes it easy to experiment. Very freeing.

– Have you seen the new movie Hidden Figures? Ben Blair and I went on opening night, and then took the whole family on Monday. It’s so good. The story, the music, the sets, the outfits. Just a joy to watch. Although that’s funny to say because while you watch it, it makes you super rage-y about racism and about sexism (at least, that’s how it made me feel).

If you’ve ever heard about intersectional feminism and wondered why it’s important, this movie is a great demonstration. The women in the movie have to deal with all the burdens of sexism, and then have those problems compounded by all the burdens of racism. You’ll want to scream.

But somehow, you’ll also walk out filled with joy. And if you’re like me, you’ll immediately wonder about all the stories we don’t know and haven’t heard. What a loss for humanity that we haven’t uncovered more of these hidden stories!

Oh and FYI: if you want to bring the kids, I can tell you six-year-old June had a hard time paying attention, but everyone else loved it.

– And now that I’ve brought up kids and ages, I have to tell you that cute little Oscar is TWELVE YEARS OLD. What in the world? How can that be? His birthday was earlier this week and we celebrated with our traditional breakfast in bed, and then his favorite dinner that night with a few presents and a big cake.

Oscar always thinks up a specific cake he wants. This year, his request was chocolate cake, with chocolate pudding for frosting, and then Oreos on top. It turned out quite well and he love it. But you would laugh if you saw how much is left. Pretty much only Ben and Oscar enjoy chocolate cake in our family. So they are the only two that had a slice. We ended up making Oreos shake for everyone else. Hah!

– For our 12 year old birthday celebrations, instead of doing a party, we’ve ended up taking a little trip, with just a parent and the birthday kid. For Ralph’s 12th, we took a little trip to San Francisco (this was before we ever thought of moving to the Bay Area, and he had never been before). For Maude’s 12th, we had just moved to France, so Maude and I took a ferry to England and saw Wicked in London. For Olive’s 12th, we had just moved to Oakland from France, and couldn’t handle a big trip, so she chose a Taylor Swift concert in L.A.. Ben Blair drove her down and she had an amazing time. It was her first big concert.

We’re not sure what to do with Oscar. His biggest dream is to swim with whale sharks, but the season is off, and I feel like that could be too extravagant. So we’re still thinking. One idea is to get him scuba certified and do a scuba trip, which I think his marine-biology-heart would adore.

– I’ve found myself tearing up quite a bit this week as the country says farewell to our current President and the First Family. His farewell address had me in tears, then the Jimmy Fallon piece with the First Lady, and then again today when the Vice President was awarded the Presidential Medal of Freedom. I’m aware that not everyone is a fan of President Obama or his policies, but I have so appreciated seeing his loving, amazing family in the White House and I will miss them dearly. Lots of emotions this week!

– I couldn’t do my usual Facebook Live Broadcast today because of the airport drop-off, but I’m planning one for tomorrow. I’m going to do something new: a room tour! I’m going to show you around our new bedroom remodel. I hope you’ll join me! Plan on it at 11:00 AM PST on the Design Mom Facebook page.

And then next week, I’ll do a photo tour blog post too.

– Mentioning the airport drop-off reminded me: we had our first electric car dilemma yesterday and today. We had so many errands yesterday that the car didn’t have time to fully recharge, which meant today, we had enough juice for school drop off and to get to the airport, but that’s it. Which meant we had to hang out at the airport for awhile, even after we’d said goodbye to Maude, while the car charged in the airport parking lot.

Mostly, our no-gas car has been amazing. But this week made me realize we should look into having a 220 volt outlet installed in the carport. Right now, we charge with a regular outlet and it takes about 24 hours for a full charge. But with a higher voltage, we hear it only takes about 4 hours.

Have you ever driven a electric-only car? Clearly, we’re still learning some of the ins and outs.

P.S. — I post my random thoughts each month. You can find them all here. Also, cute party decor at top is from the Oh Happy Day Shop and was recycled from our pattern-on-pattern photo shoot.