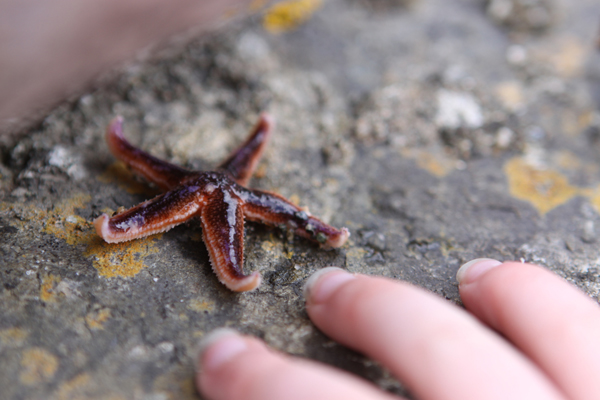 We’ve all been told a million times not to put too much on our plates, to be protective of our time, to prevent getting stressed out, to say no more often. But based on a whole lot of emails from overwhelmed readers this month, it seems like we’re not very good at saying no. : )

It would be one thing if our to-do list was full of items that felt frivolous (though that’s certainly a relative term); it would be easy to say no to something like shop for ski pants, because I have no plans for skiing this year. But it’s really quite difficult to figure out what to eliminate when the things in our life, the things on our plate, are good, worthy things — like exercising, calling a friend who needs to talk something out, bringing a meal to a neighbor who just had a baby, volunteering in our 1st grader’s classroom, taking on some of the work load of a co-worker who has a sick parent, picking out a birthday present for our husband.

Which thing should we say no to? Which ball should I drop, guilt free?

As we neared the New Year, my Facebook friend, Morra, wrote a status update asking:

“Wise friends: Do you have a graceful and powerful method of saying NO (in a professional setting). For example, one business powerhouse told me she learned to say no by writing down her goals for the year, and literally carrying them around. “Every time something comes up, I can say, Does this help me achieve a goal? If the answer is no, I say no. And if I’m trying to convince myself to say yes, it’s probably a no.”

What’s your method? How do you say no to something without waffling, guilt, or raising the ire of another person?”

The replies are wonderful! Well worth a read. A few of my favorites:

– “If I’m struggling, I picture some of my mentors who are great at focusing and ask what they would say if I told them I was taking on whatever the new item is.” — Andrea

– “I would not want someone to say yes to me out of guilt so I don’t allow guilt to determine by decisions.” — Samantha

– And a recommendation to read this article titled: No “yes.” Either “HELL YEAH!” or “no.”

Now, if you’re up for it, I would love to discuss the same thing with you. Do you have a tried and true way of saying NO, either professionally or personally (or both!)? Have you figured out a way to say no without feeling guilt? And how do you handle having too many “good” things on your plate? I would love to hear your thoughts! And I’m sure anyone reading will benefit from your ideas.