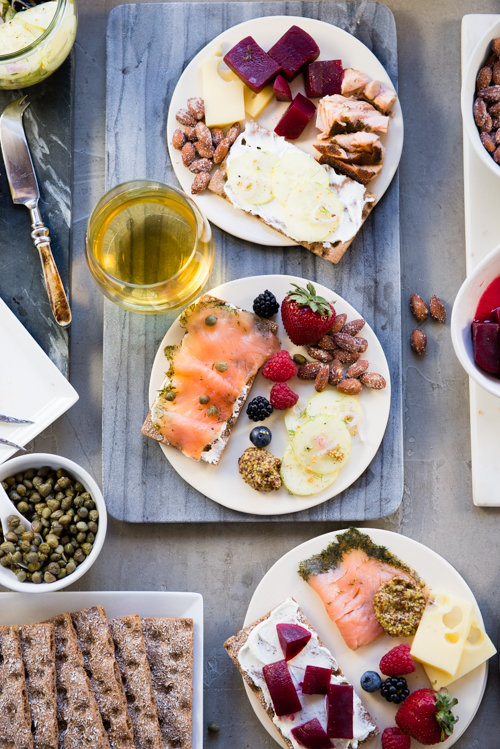 I think it’s about time for a Random Thoughts post! Here’s what’s on my mind right about now.

– This is a funny week at our house. It’s unlike any other that I can remember. On Sunday, we dropped off Maude, Olive, Oscar, Betty, June, and their cousin Henry, at the airport, so they could fly out to Cousins Week. June turned 8 in May, and this is the first year she’s old enough to go.

I always feel so emotional sending them off. I stand there at security, waving until I can’t see them anymore. It feels so different when I fly off to a conference, versus sending them off into the world. Do you feel the same way?

– After we dropped them off, Ben Blair and I realized this was the first time we’d ever both been home with all the kids out of town! Could it really be the first time? It’s hard to believe, but we can’t remember ever having this happen before.

Have you ever experienced this? Being home with all the kids out of town? What do you like to do when you have the house to yourself? Or as a couple?

I asked this on Instagram and people had the best ideas. Things like no cooking, sleeping in, and hanging out naked. Hah!

– The other strange part of this week is that on Thursday, the kids will fly home (Cousins Week goes Sunday to Thursday), but Ben and I will be gone! Early on Thursday morning, we’re heading out of town on a Pioneer Trek with Mormon teens (14-18 age range) from around the Bay Area.

I’m sure it will feel odd for the kids to arrive home to an empty house. I’m so grateful for Maude — I know she’ll do a great job taking care of everybody.

In case you’re curious, Pioneer Trek is an interesting Mormon tradition that happens every four years in some areas of the country, and doesn’t happen at all in other areas. It really depends on whether or not the local leaders are up for it. Basically, it’s a 3-day re-enactment of the Mormon Pioneers who crossed the Plains by foot back in the 1840s.

Everyone participating puts on Pioneer clothing, and pulls handcarts along a trail. In our case, we’ll be walking along a section of the same trail that the actual Mormon pioneers walked. But depending on where you live, that’s not always possible. Trekkers sleep under the stars, they learn Pioneer songs and dances and stories. They try to imagine what life was like for the early Mormons.

The kids get grouped in “families” and Ben and I will be a Ma & Pa for one of the groups. I haven’t been on a Trek since I was a teenager and only have vague memories of it, and Ben hasn’t been at all, so we’re not totally sure what to expect. From what I can tell, our job will mostly be cheerleading the kids in our group, and making sure they get fed, and stay healthy and motivated. : ) We’re wondering if if will feel like a pilgrimage.

Our daughter Olive will be on the trek too! She’s flying home from Cousin’s Week on Wednesday, a day early, so that she can head out with us on Thursday morning.

Which means, Ben and I hanging out at the house with no kids, is really just happening Monday and Tuesday. Our week-without-kids is really two days. Hah! And of course, we’re trying to get a week’s worth of work done in 3 days, since we’re heading out on Thursday. So we’re not really taking advantage of our two kid-less days as much as we should be. Oh well. It is what it is.

– We saw two movies recently that I keep thinking about. One is called Sorry to Bother You. There’s some sort of awesome renaissance in Oakland filmmaking going on, and this movie is part of it. We watched a late viewing, at 10:00 PM, at Oakland’s famed Grand Lake Theater. And after the show, at midnight, there was a Q&A with the director, Boots Riley. (A midnight Q&A feels so Oakland!)

The movie was fascinating and unpredictable; social commentary mixed with lots of humor, and… surprises. I hope you get to see it. It’s one of those movies where it feels like the director is finally getting to make the feature length film of their dreams.

The other movie we saw recently is the Mr. Rogers documentary, Won’t You Be My Neighbor. Have you seen it? It’s so well done, and made me pretty emotional. His advocacy for children was simply remarkable. I kept thinking: Who will be our next Mr. Rogers? And I couldn’t help but imagine how distressed he would be about what’s happening to children at the border.

It’s a movie I hope every parent and teacher of young children will watch.

– Have I told you the latest Alt Summit news? It’s a landmark year for Alt Summit. Our 2019 flagship conference will mark 10 years and 15 sold-out events.

To celebrate, I decided we should go BIG. So we’re doubling the time frame with six days of content instead of three. We’re tripling the size with 2000+ attendees. And we’re quadrupling the locations with classes and sponsor spaces at four beloved Palm Springs hotspots — the Parker, the Ace Hotel, the Saguaro, and the Riviera.

We’re calling it Alt Oasis — a week long retreat to inspire your whole year. It will be held on March 24th-29th, 2019 in Palm Springs, California. And tickets go on sale this Wednesday, July 18th.

It’s for sure the biggest, scariest thing I’ve ever done professionally. And for weeks now, I’ve felt that pit in my stomach I get when I take a big risk. Last year’s tickets sold out in under two hours. Will the same thing happen this year? We’ll find out on Wednesday. Wish me luck.

– Speaking of risks, I’m feeling the same nervousness about the podcast too. I can’t tell you how much I appreciate your feedback last week. The latest progress? Today, the last piece of equipment arrived, and I’ve got everything set up. Don’t laugh, but my consultant recommended recording in my closet because it’s a small space and the clothes will absorb the sound instead of echo it.

Next, I’ll be sending in recording samples to my sound engineer (hopefully today), so that he can make sure everything sounds amazing, and help me tweak things if it doesn’t.

– We heard from Ralph in Colombia today that he’s been deathly ill. I’m so worried about him. Missionaries tend to get in self-sacrifice mode, and I worry they he won’t take time to get healthy, that he’ll push himself too hard, and that he won’t see a doctor. He’s six weeks from coming home, and suddenly it just seems like six weeks is too long. You, know? Like we’ve made it almost two years, but now I’ve hit my limit. I just want him home.

[ UPDATE: Great news: Ralph seems to be on the mend! We got a call from the mission office. One of his best friends there called us, and told us he’d talked with Ralph and that Ralph’s in good spirits, feeling better, and even cracking jokes. : ) Thank you so much for the well wishes! ]

– This summer, we’ve packed in more lessons and activities than we’ve ever tried before. The kids have been experiencing first swim meets, first drum lessons, first skate board camps. June learned to climb our trees. Olive is taking sewing classes. Maude trained to be a barista. It’s been a full, interesting summer so far. Busy in a good way.