By Gabrielle. Image by Ben Blair.

We enjoyed making it so much, that we thought it would be fun to make episodes showing each of our kids exploring a famous city somewhere in the world — a mini-video-series within the larger Olive Us series. We like the idea of pairing up each child with a city that fits their personality. For example, (pretending we could somehow film anywhere) if we were making an episode for Maude, we picture Tokyo. For Olive, it would be New York.

And today, I’m sharing video #2 in this mini-series: Ralph in London! 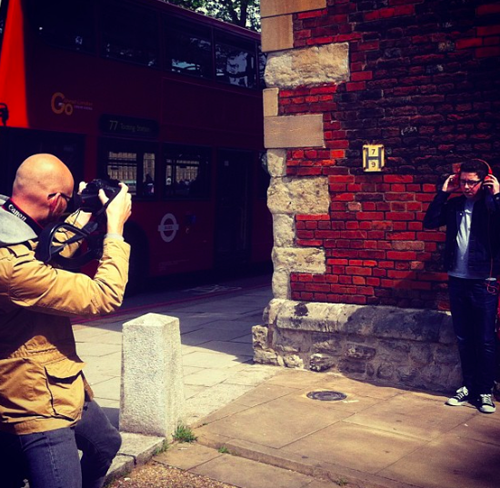 This video definitely feels more teenager-y than our other Olive Us episodes — including the music! So your youngest viewers may not be drawn to it as much as our other videos. (I’m actually really curious about this, so please feel free to let me know what your kids think of it if you decide to have them watch it.)

For this episode, Ben Blair and Ralph took a weekend trip to London last May (we were still living in France then, so it was easy as can be). Then they spent the weekend running all over town from morning till night, while Tiger in a Jar filmed. We had been to London a couple of times as a family at that point and Ralph had really fallen in love with it. He feels a connection with that city. So it’s a treat for me to see the city through his eyes in this video.

In Betty in Paris, we show a 6 year old’s simple and sweet view of the city, but in Ralph in London, we show a grittier version of a day spent exploring. It’s interesting to me, because cities really do tend to have multiple personalities — so if we had filmed Betty in London, instead of Ralph in London, it would have been an entirely different video, while still staying true to a London experience. I love that! I love that the same city can mean something entirely different to different people.

Have you ever been to London? If yes, did we capture any of your favorite spots in the city? And if we were filming a “You in Any City” episode, is there a particular city in the world you are most drawn to? (I can’t decide which city I would choose! Amsterdam? New York?)

P.S. — Speaking of Betty in Paris, it just turned One! Join in the celebration here!! Would you like to know more about Olive Us? Here you go:

– Find the official Olive Us website here, and subscribe to the Olive Us Newsletter here.
– Find all the posts I’ve written about Olive Us — including every episode — here.
– We’ve made 44 episodes so far and collaborated with ulive on 20 of them! You can find the Olive Us page on ulive here.

74 thoughts on “Olive Us: Ralph in London”