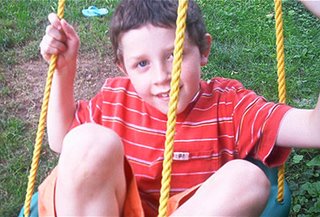 My oldest, Ralph, has grown up a little too much over the last few weeks.

First, he’s home from school with a cold this morning, and he took advantage of that fact to have a reality-of-Santa Claus-discussion. He’s now officially in the know. To welcome him to the club, we offered to let him eat Santa’s cookies and the reindeer veggies.

Second, 2 weeks ago on the way to Cub Scouts, he asked Ben about a scene from The Christmas Story movie. He wanted to know what the bad word is that Ralphie says when he’s helping his Dad change the tire. So Ben told him straight up what it was. Ben asked if he’d ever heard it before and Ralph said no. Then Ben told him that if Ralph ever hears it spoken, the speaker is behaving poorly and Ralph should be unimpressed. And, made it clear that Dad knows all the ugly words and is unintimidated by them.

I was delighted with how Ben handled it and delighted Ralph would come to Ben with the question. But still felt my heart constrict at the thought of the word getting rolled around in my son’s head. The picture above was taken on the very day I started this blog — only a few months ago — when he didn’t know the f-word and still believed in Santa. Sigh.

How have you handled the outing of Santa? Or the swear word lo-down? 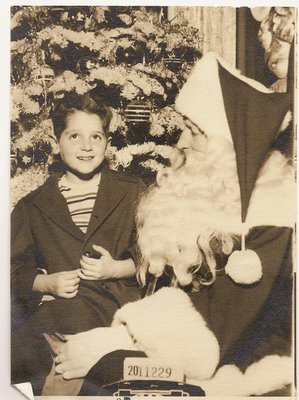 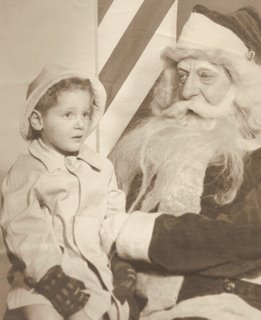 27 thoughts on “When Ralph Asked About Santa Claus”