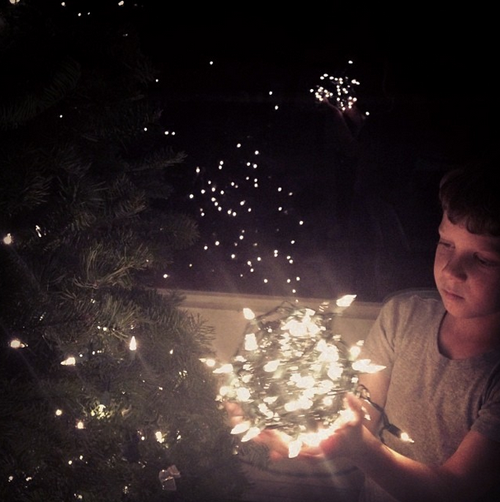 Hello, Friends! Do you have a minute? I’d love to talk 2014 with you. As I mentioned last week, there are some changes afoot here at Design Mom.

The first is a biggie. In 2012, I started working with a regular team of contributors. It was an experiment, with the original goal being to double the content on Design Mom to an average of 6 posts a day, and to eventually create a place where I could even step away for a few days, or even weeks, as an author — to create a place that was more about the team than me as an individual. And goodness, I LOVE working with these ladies. They bring so much talent and enthusiasm to the table and I know how much they treasure this community.

But friends, the experiment didn’t work! Turns out readers didn’t want 6 posts a day. It was too much content. And turns out, I don’t want to step away from Design Mom. I love this job. I love interacting with readers. I love reading and responding to comments. I love your emails, ideas and suggestions. And I love writing blog posts.

You may have noticed that contributors had less of a presence on the blog through December. And that’s going to continue. Over the next week, we’ll finish the transition, and for the remainder of the year there will no longer be contributor posts.

To be clear, I’ll still be working with lots of talented folks (and lots of the same talented folks we’ve all come to love), but they won’t have regular columns. Instead, all articles will be authored by me, and I’ll bring on help per article, as needed.

So if there won’t be regular contributors on Design Mom in 2014, what can you expect instead?

– The Living With Kids home tours will continue every Tuesday. Yay!

– We’ll be doing exciting work on The Treehouse this year (some on The Cottage as well). So expect house-centric posts like this one about the floors.

– There will still be travel adventures this year, but instead of Norway and Venice and Amsterdam, we’ll concentrate on getting to know our new home and every cool place within driving distance — like Yosemite and Big Sur.

– You can expect even more essay-type posts on things like food, health, education, beauty, and parenting. Watch for more articles about schools in Oakland, our food habits from France, my oil-pulling attempt — I’ve even got a post about lice I’m working on. Hah! (I confess, I’m particularly looking forward to writing more of these types of posts, because I always love the discussions and comments they spur.)

– Because of the resounding “yes, please” response to the birth stories, I’ll be relaunching that column as well.

– I continue to be a big fan of fun DIY projects, so expect those to continue — clever ideas for the holidays, for gifts, for parties. That sort of thing.

– As some of you know, I’m one of the founders and owners of Alt Summit, which takes up a good portion of my time. So you’ll see updates and reports about our conferences and events from time to time.

There are also two big projects that I’ll be giving attention to in 2014:

– I’ve just hatched an idea for a series that I want to launch in the middle of the year about mothers and beauty and style and identity. I’m fairly obsessed with it at the moment. I hope that if I start now, I’ll be ready to share it in a few months.

– And I know I almost never mention it, but I am in the middle of writing a book! To catch you up: in January of 2012 Artisan books offered me a book deal and I announced it here. The reason I don’t write about it much, is it’s a total shame trigger for me — two years later and I’m not done yet! I am not good at writing books. It is so hard.

The story goes like this. To my great embarrassment, I sat on that book deal for over a year and never signed the contract. I had a really hard time wrapping my head around the “why” of writing a book. For those of you who are born writers, you may be shaking your head at me, but honestly, it was never a goal of mine to write a book. And obviously, it’s a major undertaking, so I didn’t want to approach it lightly.

After a year of looking at, then filing the contract, then looking at, then filing the contract, I finally found myself at a place where I really, really wanted a hard-copy, hold-in-your-hand representation of the work I do. I’m sure that sounds dumb to some people, but there it is. Every once in awhile I get the sensation of how ephemeral the digital world can be — even with backups of backups, it feels like something could shift, and suddenly, all the work I’ve done over the last 7 years could just disappear

So after a year+ of hard thinking, I found that I really, really wanted to write a book. And a good one! Not a repeat of the blog, but something wholly original. Something that I would be truly proud of. Artisan sent a fresh, updated contract, and I signed it last spring! Which means, though I haven’t mentioned it, I’ve been working hard on the book for the last 9 months. It’s slow going. The first outline I sent in — based loosely on the Living With Kids home tours — was nixed. Alas! So I regrouped. And the week before Thanksgiving, I sent in a rough manuscript of about 50% of the book. Progress! Once the manuscript is done, I’ll be focusing on images and photoshoots.

I mention this here, because I intend to write more updates about the book until it’s complete — getting your feedback and sharing highlights. Part of me wishes I was cool enough to pull a Beyoncé and boom! announce my finished book, ready to order. Hah! But really, I know I’ll want your input as I progress.

Since 2006, I’ve averaged 3 posts a day on Design Mom. That’s over 5500 published posts so far! As you know, I’m always experimenting with this site, and this year, I’m toying with the idea of less posts per day, but beefing up my social media channels instead. So there might be one post on a given day — say, an essay about screen time + kids. Then, instead of additional posts, I’ll spend time on Instagram, or engage in an hour’s worth of Twitter conversation, or seeking out incredible pins.

This will require major habit changes on my end (I rarely have my cell-phone in hand, which means I’m not on social media channels as much as you might guess), so in the end, it may not happen. But in any case, I’d like to give it a try!

And that’s about wraps it up. I’d love to hear what you think. Do you have opinions on no more contributors? Did I mention anything that you are particularly looking forward to? Or did I miss something that you hope I’ll add? Thoughts on my book? Any interest interacting on social media? Chime in! I hope you know how much I value your feedback and the active role you play in this community.

P.S. — I’ve never created a survey about Design Mom for my readers, but I was thinking of doing one this week. I want to have a solid sense of what you as readers like best about this site, and what you can do with less of. Watch for it.