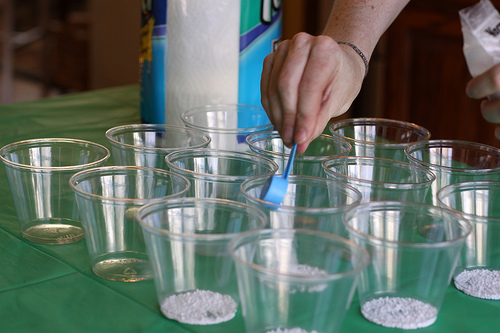 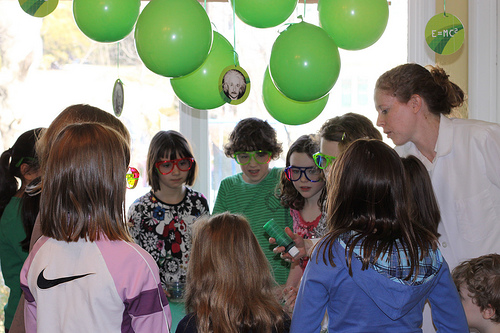 Kiasa, from Science Explorers of New York came to our home with her trusty assistant Emily. We had the decorations and food ready to go and they did all the rest. They came 30 minutes before the party started and had things set up in a snap.

As soon as the guests arrived, everyone circled the table, put on their safety goggles and the experiments began. 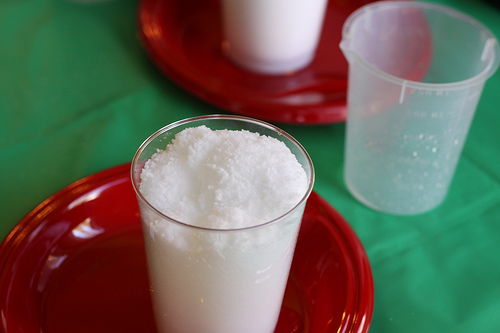 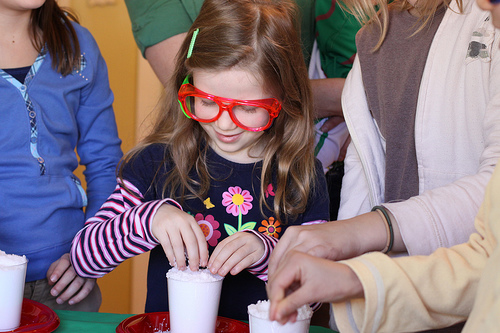 First, all the kids made their own cup full of fake snow. Spongy and fascinating. I was too busy taking pictures to listen to Kiasa explain what it was made of and how it was formed, but the kids were all paying rapt attention. 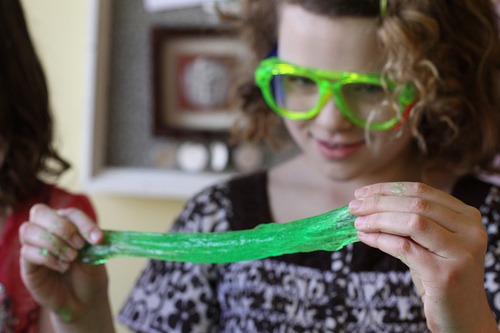 Second, everyone made their own batch of green slime. Stretchy. Gooey. Everything green slime should be. 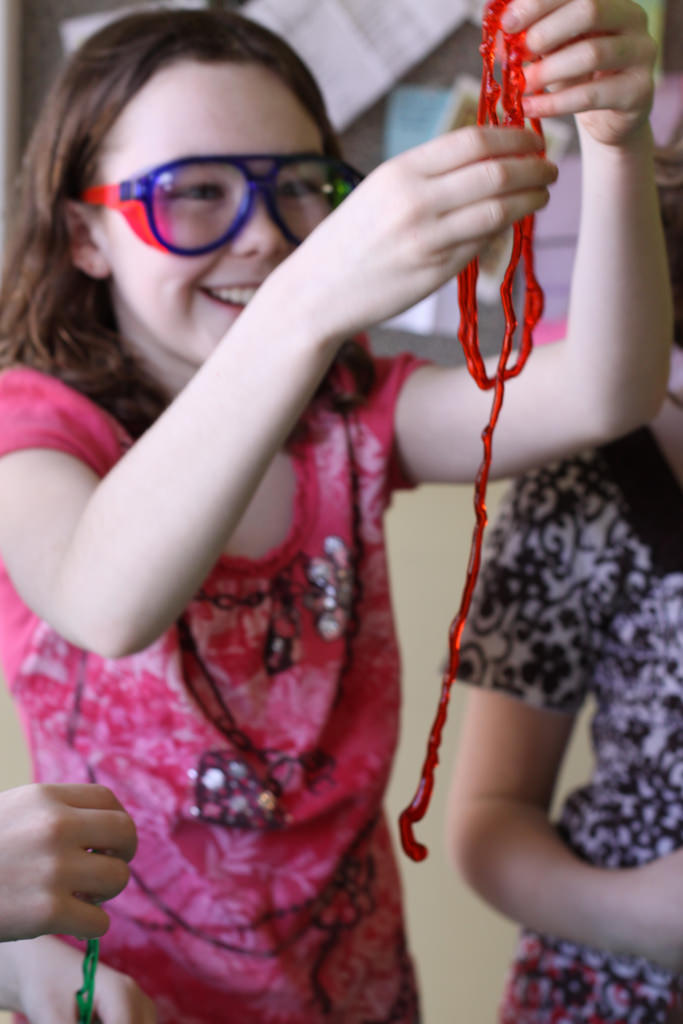 Third, it was time to make gooey worms in 3 different colors.< 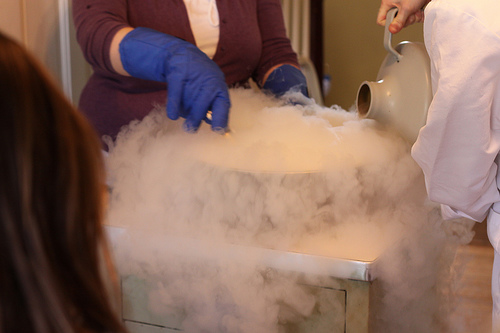 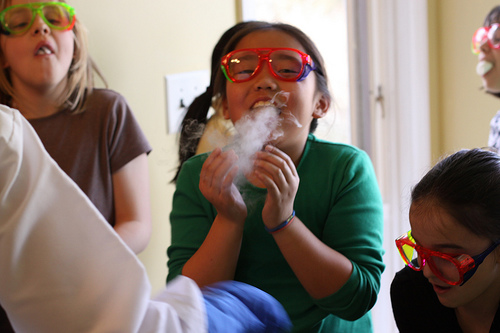 Fourth, on to the liquid nitrogen demonstrations. Kiasa showed what happened to a balloon placed in liquid nitrogen. Then, froze a bag of marshmellows — and let us sample their crunchiness. And that was followed by mixing and freezing a batch of ice cream almost instantly. 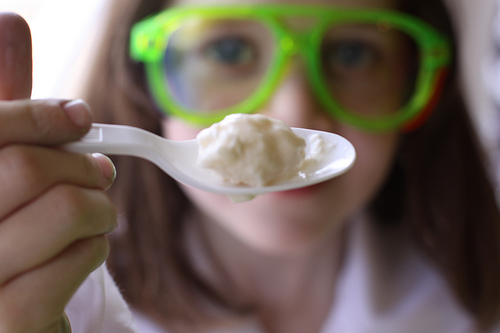 And the whole time, Kiasa was engaging the kids with interesting questions and just enough info that it didn’t feel like a lecture. It was really fun, and really fast moving. Time just flew by. And I could concentrate on taking photos. Which is exactly as it should be.

The guests seemed to love it and my own kids did for sure. They’ve been talking about it nonstop since Saturday morning. An ideal party for any child in grade school. I would have this party again in a heartbeat. 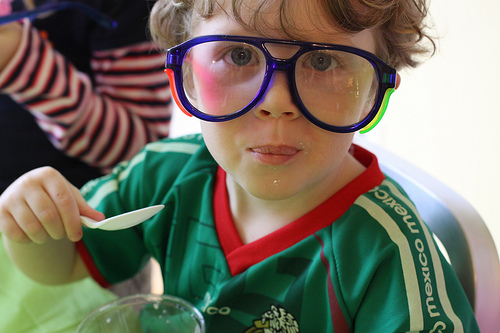