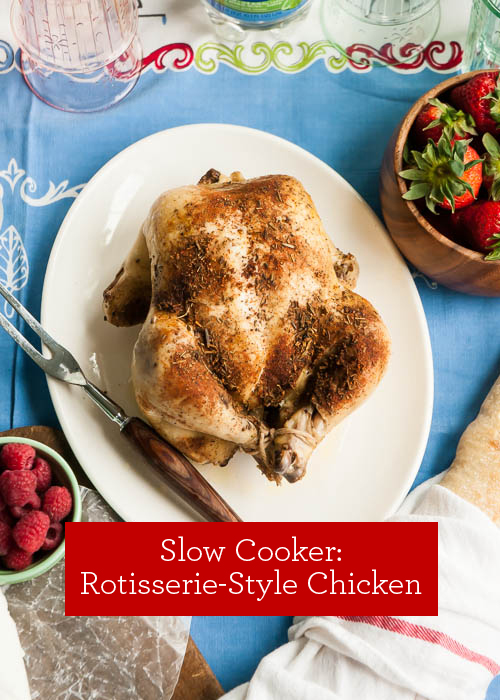 Yay! Another installment in my Slow-Cooker recipe series. And I know you’ll love it. Ready for one of the easiest meals ever? Seriously. It’s almost as easy as picking up a rotisserie chicken from the store.

A good rotisserie chicken is probably our favorite quick dinner — just grab a baguette, some fruit and cheese, and maybe a few fun drinks, and you’ve got yourself an easy meal. Bonus: it’s also one you can take on the road for a picnic or to eat while you watch your child’s soccer game from the sidelines. And it’s so much better than hitting up the drive-thru.

Something about this meal always feels festive — casual + sophisticated at the same time. And it pleases everyone in the family! 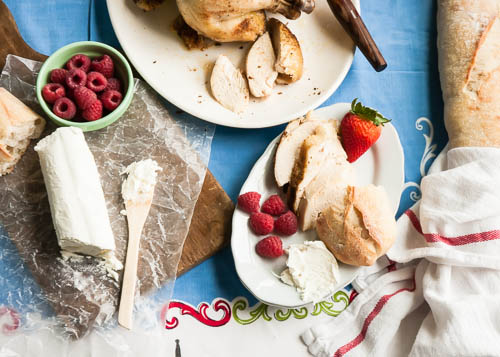 The great thing about slow cooking a chicken this way is that it ends up very juicy and flavorful. True, you don’t get the golden brown skin, but you get just as much flavor as you would with traditional roasting methods. The parchment paper is a little trick that will help keep the chicken from drying out. This same trick can be used for cooking pot roast or pork loin in the slow cooker too, so file that away for later!

No liquid is added to the slow cooker because we don’t want the chicken to get mushy. It will release a lot of liquid as it cooks, and the slow cooker is lined with a sliced onion, which will also provide liquid as it cooks. This is a much shorter cooking time, but makes for a really juicy chicken that isn’t under — or over — cooked. No one likes over-cooked chicken! 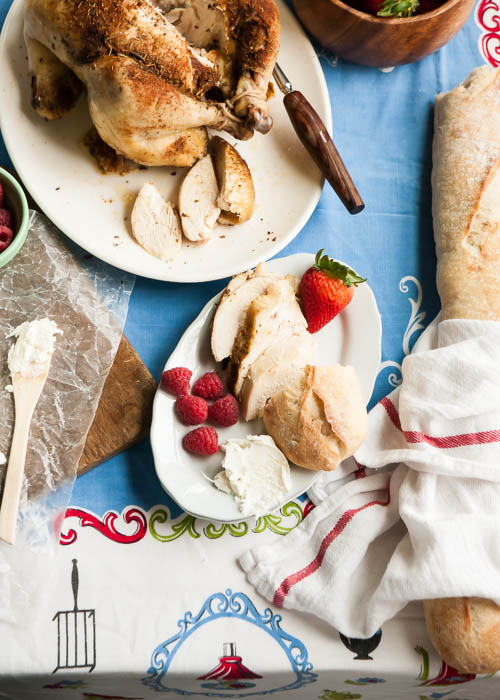 The juices are really good, so be sure not to throw those away. Just like with Thanksgiving turkey, you can make a brilliant broth after all the meat has been removed. Just pop it back into the slow cooker and fill it up with water and you’ll have some amazing stock for soup or gravy.

Hungry yet? Let’s get started. 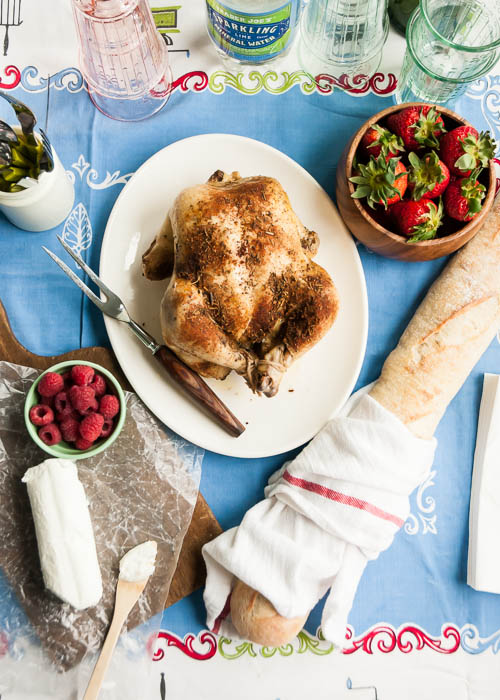 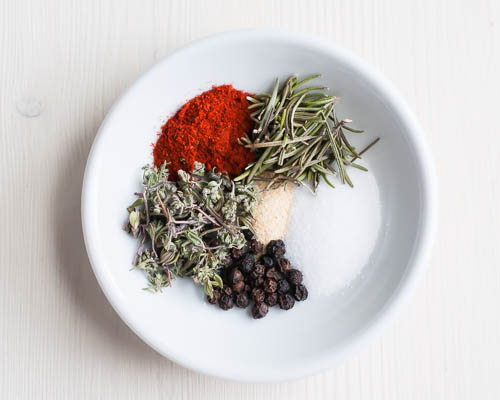 Instructions:
1. Have a slow cooker, a large piece of parchment paper, and a piece of kitchen twine ready.
2. Combine the salt and spices together in a mortar and pestle or spice grinder.
3. Pat chicken dry outside and inside. Season well inside the cavity and evenly over the entire chicken. Use the twine to tie the legs together. Place the onion slices in the bottom of the slow cooker and put the chicken on top. Press the parchment paper against the chicken and tuck it down against the sides. Put lid on slow cooker and set to LOW for 4 hours, or HIGH for 2 hours. Don’t take off the lid!
4. After the end of cooking time remove the parchment paper and transfer to a serving platter. Slice and serve. Reserve the juices in the slow cooker for another use or turn into gravy. 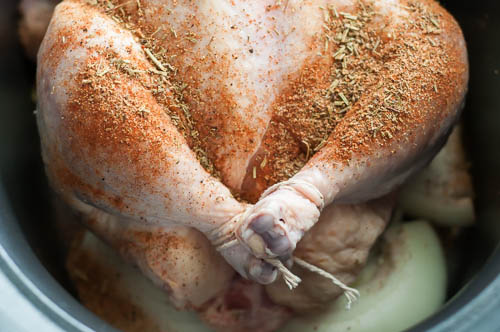 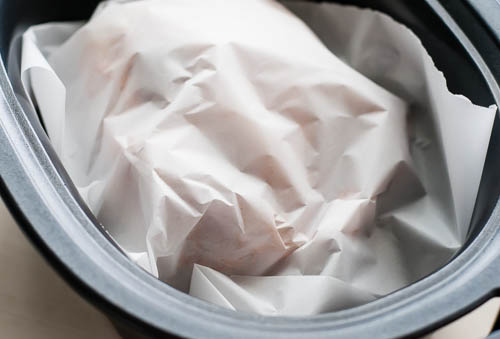 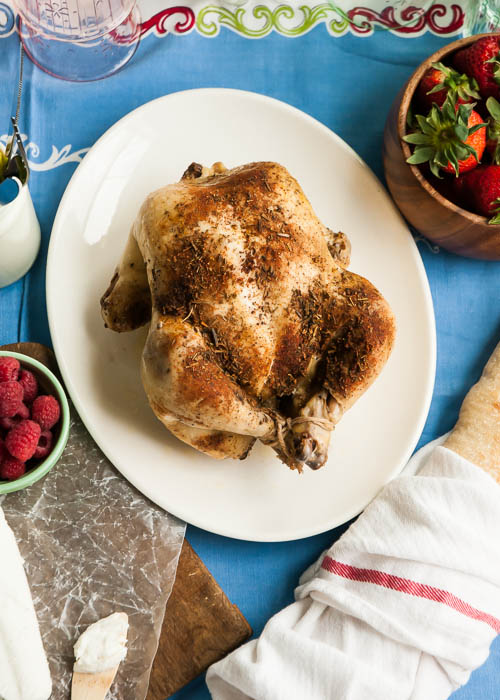 TIPS AND NOTES
– You don’t need to add water to the slow cooker. The chicken will release plenty of juices as will the onion on the bottom of the slow cooker.
– The parchment paper helps keep the chicken from drying out.
– Tying the legs with twine helps ensure even cooking.
– For a lower fat version, remove the skin from the entire chicken and proceed with the recipe directions.
– After most of the chicken has been removed from the bones, you can put everything back into the slow cooker with the juices and onion. Fill up the slow cooker with water and place on LOW for 8-10 hours to make a flavorful homemade stock.
– Substitute any spice blend for the spices listed. Ready-made poultry seasoning is a great substitute, as is Cajun seasoning, for a spicier chicken.
– This can be modified for slow cooking in a traditional oven by placing the chicken in a Dutch oven with the parchment paper and cooking at 300 degrees F for 2-3 hours.