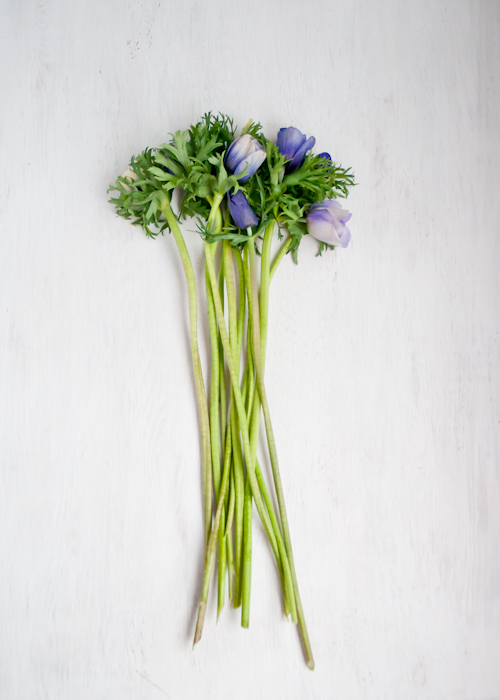 By Gabrielle. Image by Lindsey Johnson for Design Mom.

I’ve got a question for you today. It’s pretty light-hearted, but I’m genuinely curious. Have you ever deliberately tried to change a harmless dislike into a like?

I’ve mentioned before I’m not a fan of cilantro. Not a big deal, I know. The same is true of a measurable section of the population — cilantro tastes like soap to some people. But I read an article about a foodie who conquered all his food dislikes (I swear I’ve linked to it before, but now I can’t find it!), and it really stuck with me. Then I read a status update from my friend, Laurie Smithwick. She’s also a cilantro hater, but decided she wasn’t going to be anymore.

I was really impressed by that, and thought it would be smart to follow her example. So I’ve been doing my best to not avoid cilantro for the past many months. In France, we rarely if ever encountered cilantro, but here in Oakland, it’s practically impossible to stay away from it — at least if you’re a fan of Mexican food (which I am!).

The results of my non-avoidance? So far, I still can’t say I’m a cilantro lover, but I am a cilantro tolerator, and I hope I’m on the road to being a cilantro embracer.

I’ve tried the same thing with purple, and have had less luck. In 4th and 5th grade, purple was my absolute favorite color — every shade, but particularly pastel. Purple clothes, purple pencil box, purple barrettes! But somewhere between age 10 and now, I lost my love for that regal color and even began to really dislike it. If it’s greyed out and sort of a dove shade, I’m fine. But true purples are not my thing.

A few weeks ago, I was thinking about how arbitrary my lack of love for purple was, and that I was no doubt missing out on some true beauty in the world by automatically dismissing anything purple, so I’ve been attempting to be more open-minded about it. When a purple option is presented to me, I’ll spend more time with it, and run a little dialogue in my head about how purple is a perfectly good color and that it’s worth liking.

I’ll be honest, I’ve seen a little movement on my purple-loving scale, but nothing impressive.

It’s made me wonder about your own experiences with changing your tastes and preferences. If you’ve tried, were you able to succeed? And was it worth it? Any stories about color preferences? Or flip-flopping on a particular flavor? Chime in!