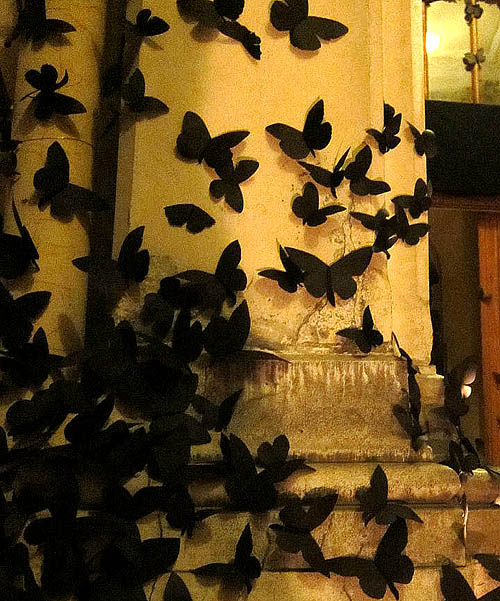 The other day, I was asked by a magazine about family-friendly travel, and the first thing I thought of was a very UN-family-friendly adventure we had in October. Jordan called us one Saturday morning and told us about Nuit Blanche. (It translates to White Night.) Once a year, Paris hosts an art event that goes all night long. Throughout the city there are art installations. Some are big. Others are massive! The fun starts as soon as the sun sets and all the exhibits are free. We jumped in the VW and headed to Paris because it sounded too good to miss.

When the sun set, we took all the kids out, with a plan to see a few exhibits, enjoy the city all lit up, and have the kids in bed by 9:00pm.

This did not happen.

It was insane! People everywhere and too darn crazy for strollers and little ones. By 10:00pm, we had only seen a couple of sort-of cool things and we were all stressed and exhausted. We called it quits and headed home thinking: Nuit Blanche = not for us. We were a little bummed.

By 11:30, we had everyone settled to sleep in the Ferney apartment. So Ben Blair and I went out again! We thought we’d go see one or two more installations and be back home by 1:00am.

This did not happen. 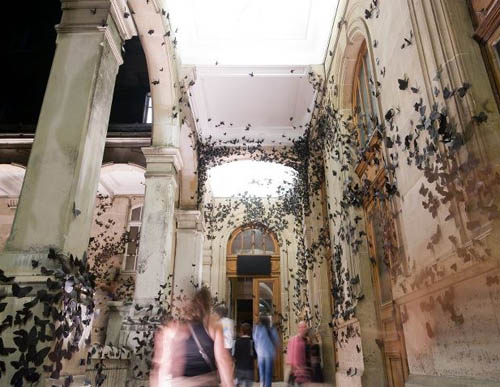 But everything took longer than we expected that night. When we’d seen our fill, we decided to head home but found only limited metro lines were running. We went as far as we could and then figured we’d grab a cab. But by the time we called for a cab, it was so late that cab service had stopped. Oh dear!

We ended up walking back to the apartment in the middle of the night. It took about an hour and a half. At some point, we stopped at a park along the Seine so we could walk barefoot in the grass and cool off our tired feet. We were laughing the whole walk home: we have six kids and aren’t we too old for 4:00am walks through Paris?!

It was a crazy night and we were definitely tired the next day. : ) I wouldn’t recommend it for families, but it was all sorts of fun for a grown-ups only trip.

Have you ever had an adventure go awry like that? Were you able to salvage it?