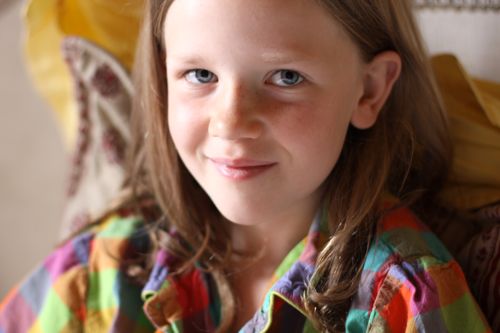 The last two weeks of August are filled to brim for my family. Olive Jean Blair turned 10 yesterday. (Double digits!) Ralph Wallace Blair has a birthday today. Our anniversary was last week. School begins, which means a long list of things to do and buy. And all this competes with an instinct to do nothing but make the most of summer before it’s gone.

This year, we’ve also been excited about houseguests (more arrive next week!), and we’ve been thinking of my parents, Grandma & Grandpa Mac, who flew to China yesterday. They’ll be spending the school year there teaching English.

That’s a lot of good stuff for one little half-month. : ) 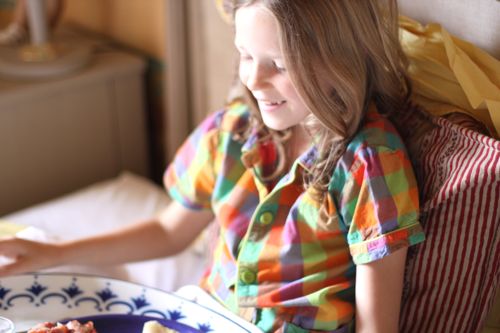 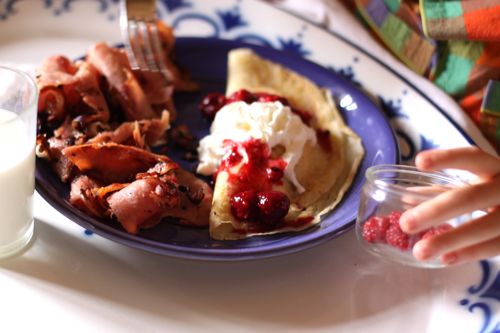 Yesterday, for Olive’s Birthday we woke her with breakfast in bed — a crepe filled with rasberries and whip cream, plus ham on the side. (Maude woke early so she could gather raspberries from the garden. She’s a sweetheart.) Instead of a party, we spent the morning at a small amusement park call Festyland. In the evening, we sang Happy Birthday and Olive opened presents. Her favorite was a Swatch. It was a happy day. 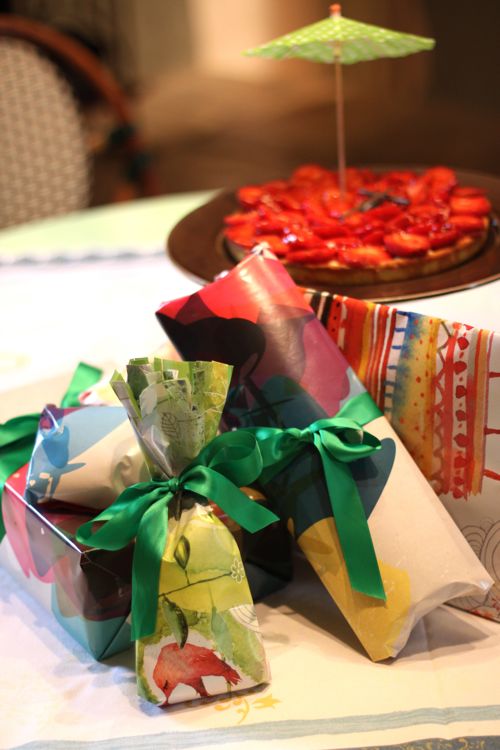 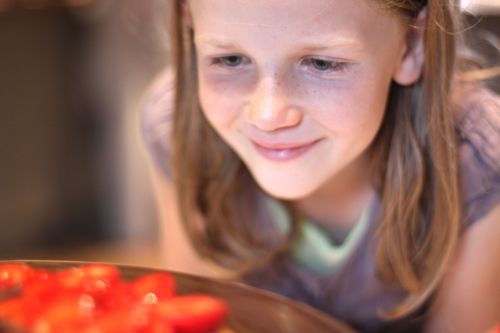 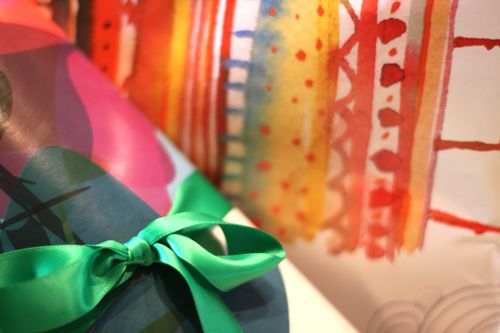 What’s August like for you? A good month? A boring one?

P.S. — Something funny: August 25th is legendary in our families. It’s the birthday of Olive, Ben’s brother Jim, my nephew Colin, Ben’s niece Lindsey, Grandpa Mac, and two of his kids. Do you have funny dates like that in your family? 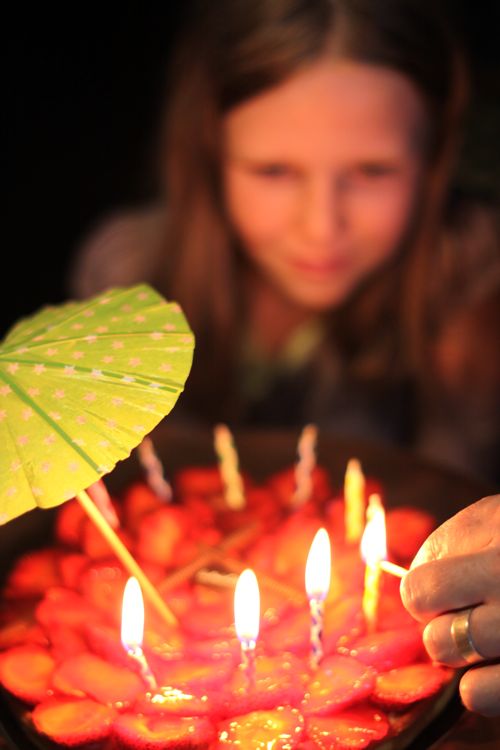