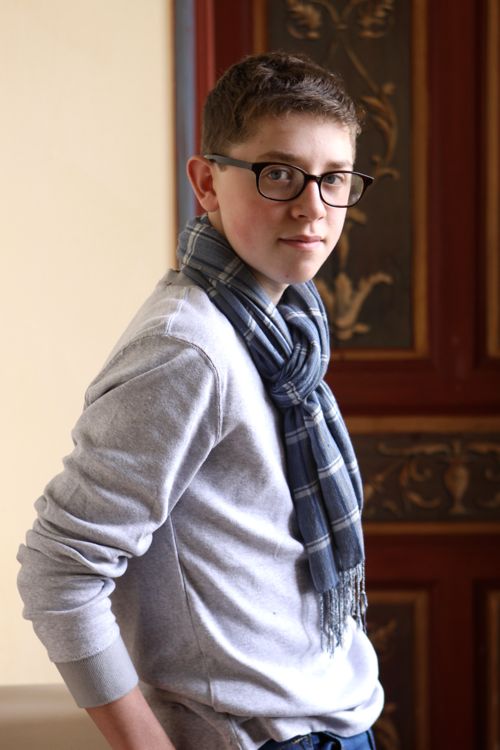 This is Ralph Blair, age 15. Fifteen! If we were in Colorado, he would be starting his freshman year of high school, but here in France he’s in his last year of middle school. They call middle school “college” in France so that makes it sound pretty cool to an American teen’s ears. : ) 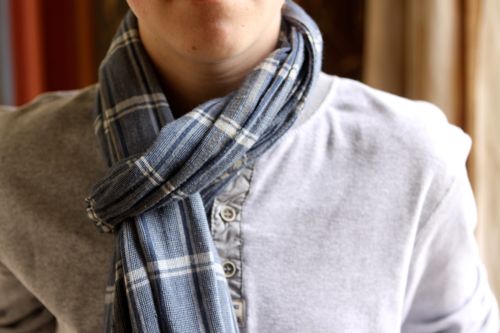 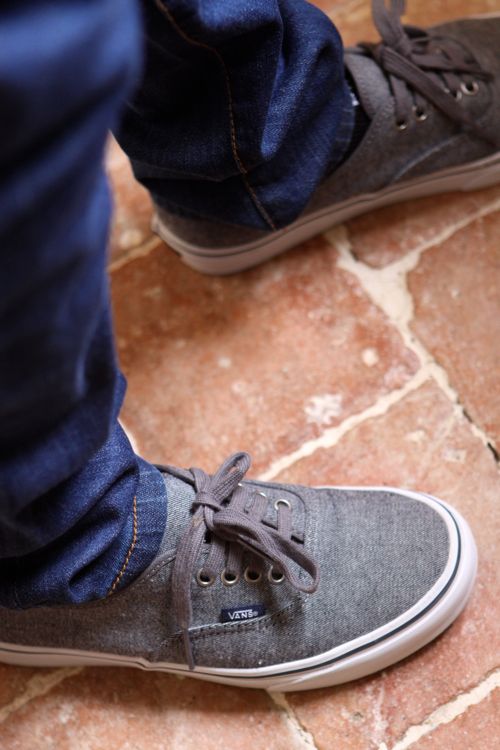 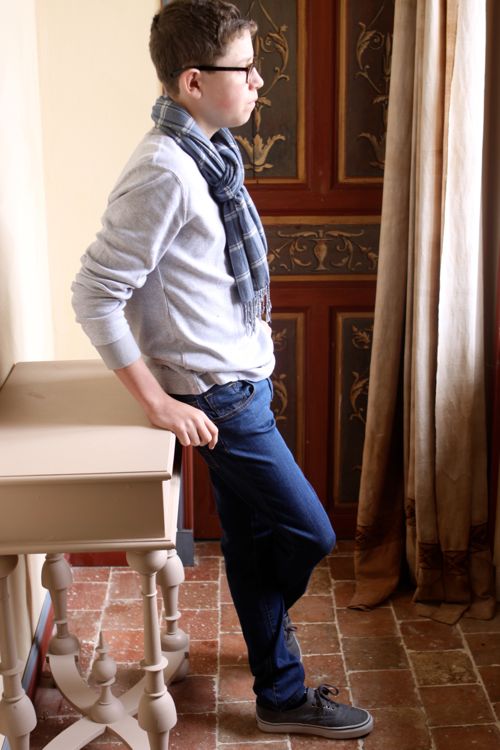 Ralph is a great sport about taking part in these posts, but he hinted to me that it might be his last year participating. Totally his call, of course. 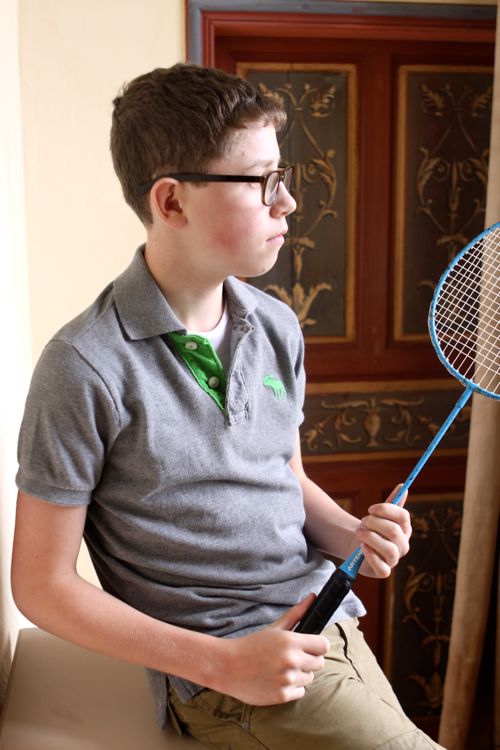 Outfit #2 is made of a top from Abercrombie and khakis by Levi’s that I found at Kohl’s in July. They’re tapered in the leg and fit Ralph really well. I wish we’d bought multiple pairs. 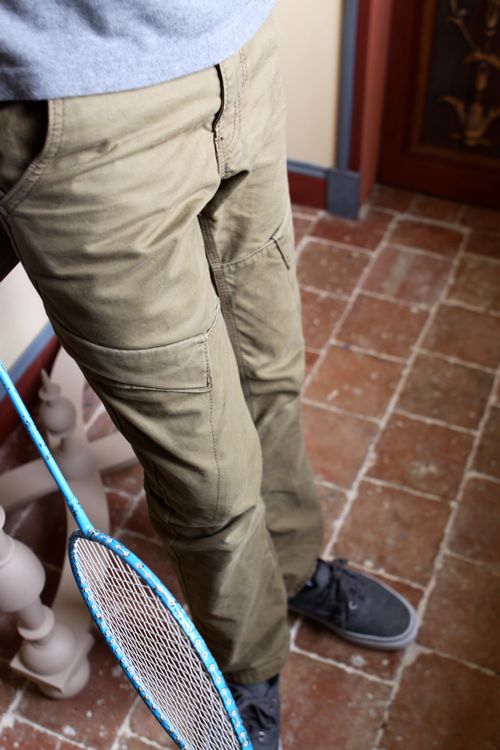 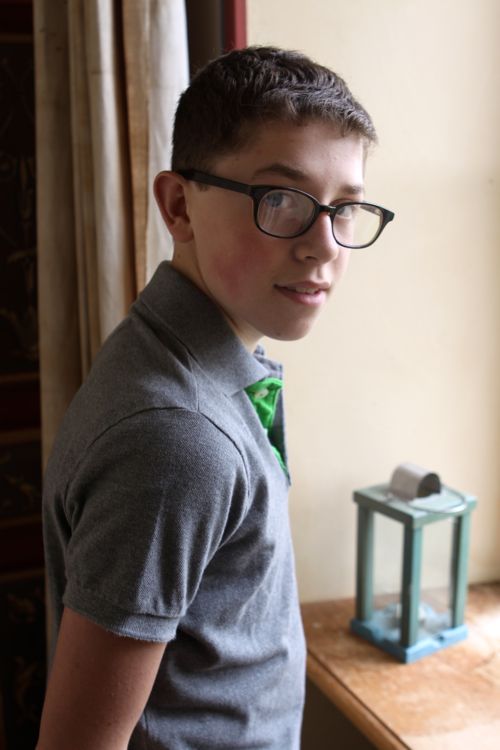 Did you know badminton is a big sport in France? C’est vrai. 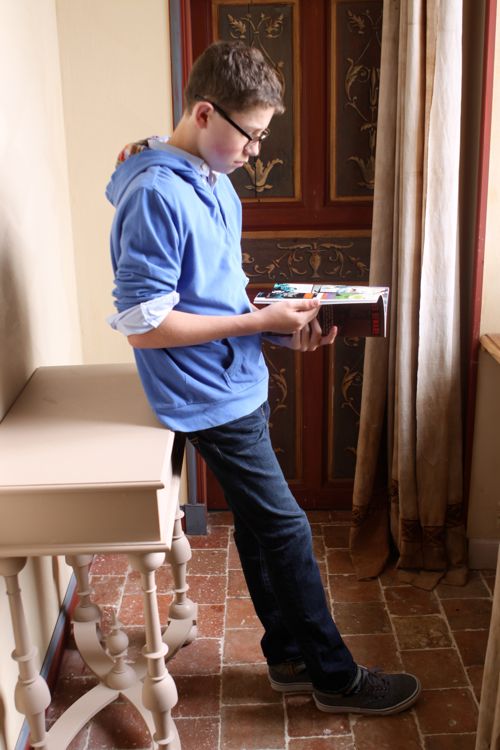 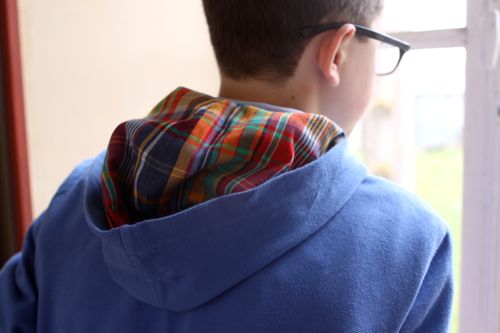 For outfit #3, Ralph is wearing a hoodie polo shirt by Chaps (also found at Kohls), layered over a blue oxford button-down and jeans from H&M. We really love the madras plaid lining the hoodie. 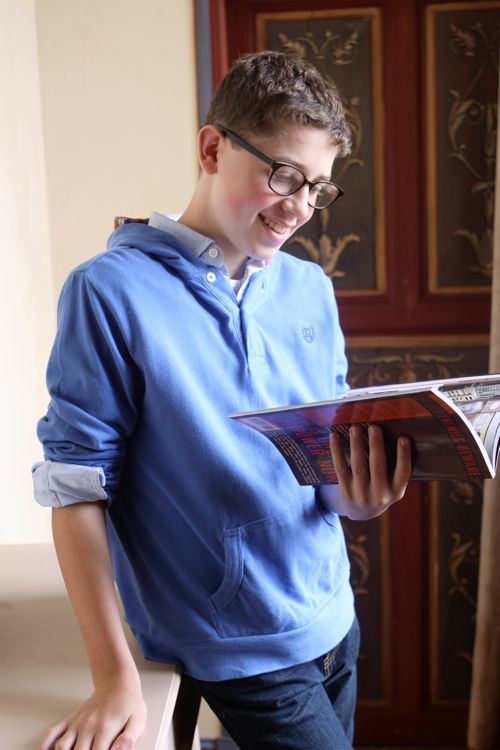 Ralph is reading Superman: Red Son. Historically, he hasn’t been too into comic books, but his uncle encouraged him to read this one and he really likes it. 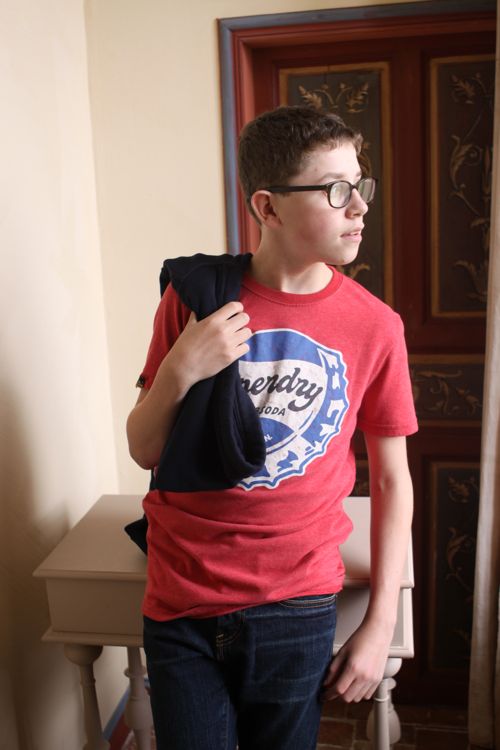 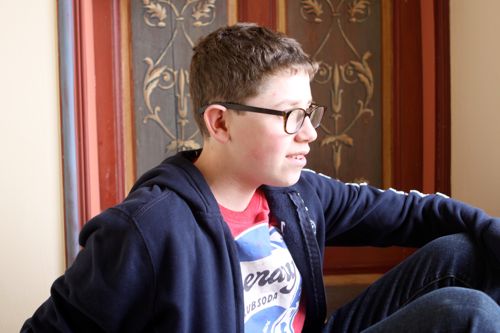 Outfit #4 is a Superdry t-shirt, Abercrombie hoodie and jeans mentioned above. Superdry is a brand that makes heavy duty hoodies and tees. (Superdry’s branding looks Japanese, but I heard it’s a British-born company.) It’s fairly pricey, but lucky for us, we found an outlet when we were in England. 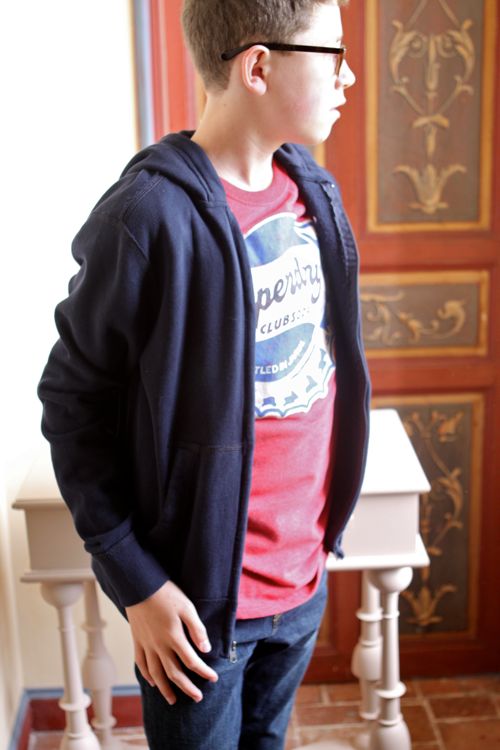 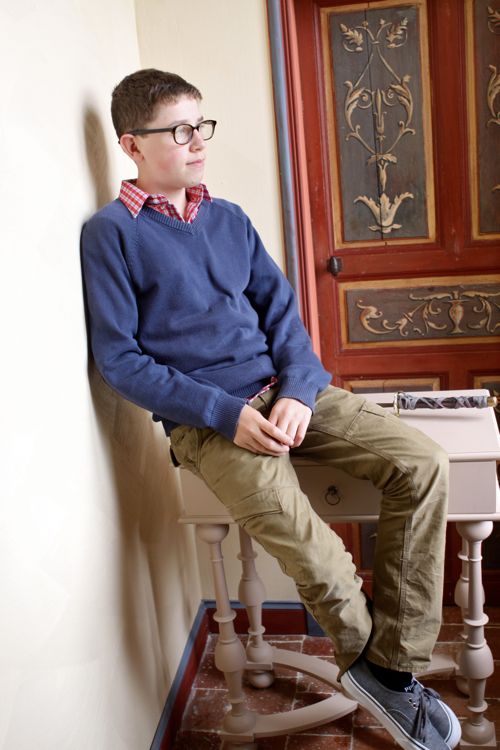 Outfit #6 is a made of the khakis mentioned above, and a sweater from the grocery store layered over a western shirt. The western shirt is really cool. We bought it at a real live western wear store in St. George for one of the Olive Us episodes, but it ended up not looking right on camera. 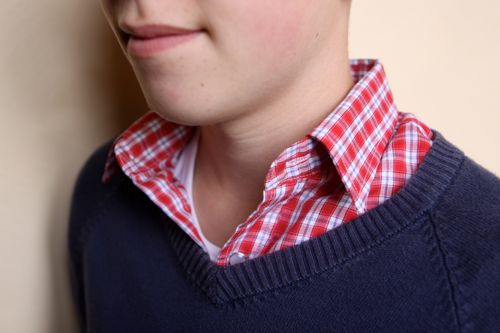 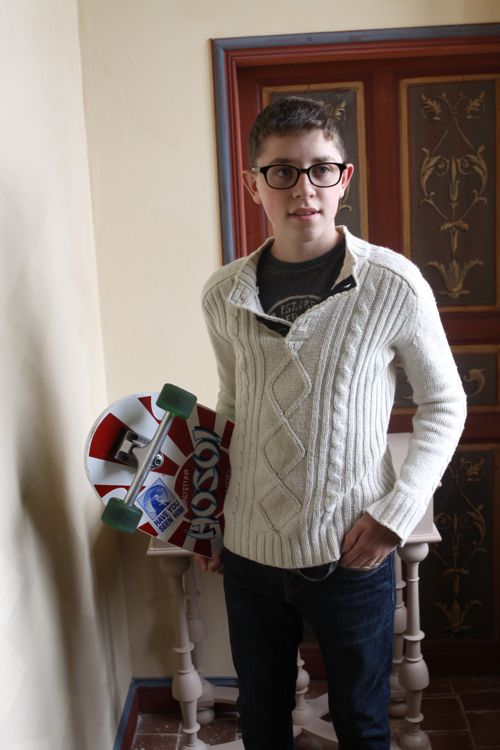 And for the finale, outfit #6 is a t-shirt from H&M, jeans mentioned above and a sweater from Sergent Major. 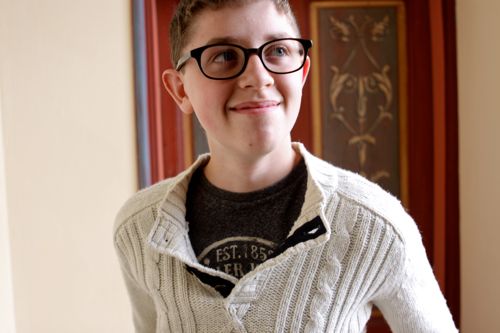 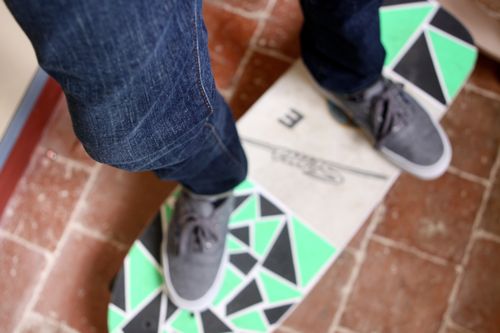 Ralph has picked out his own clothes for many years now. He’s very socially aware and always knows exactly the look he’s going for and what he intends to communicate with it. Based on what he saw this summer, he thinks he’ll probably dress quite differently when he moves back to the U.S. It will be interesting to see.

I hope you’ve enjoyed the tour! I’ll finish up the What to Wear to School posts with Betty’s tour tomorrow.

41 thoughts on “What to Wear to 9th Grade – Euro Edition”