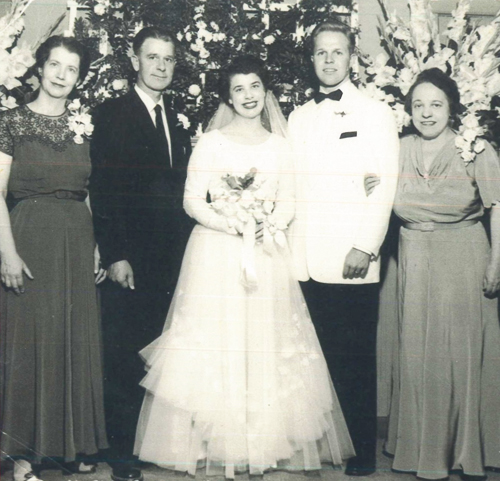 Every once in awhile, family dinner conversation turns to the future. For example, Oscar might ask something like, “How old will June be when I’m 25?” And then you can see everyone start calculating their ages based on Oscar being 25 and trying to imagine what life will be like then. Or Maude might say something like, “Weren’t you 25 when you had me, Mom?” And then you can see everyone start imagining how old they will be if and when they become a parent. Perhaps Betty might ask something like, “How old were you when you became an uncle, Dad?” This is followed by the kids making guesses about which sibling will become a parent first and when that might happen. Or Olive might ask, “Were you really married at 21, Mom? That seems so young.” And I nod my head in agreement.

It seems so dang young to me, too! I’m sort of shocked when I think about it. I really and truly can’t imagine my kids marrying at that age. The whole idea seems mind-blowing to me. As a teen and young adult, I didn’t think much about what age I would marry at, but when when I pictured it, it was always late twenties — after I’d set up a successful career in New York. Maybe 28 or 29. (Gosh, I had a lot of confidence.)

That said, I have zero regrets about marrying at 21. I’ve felt lucky to have a partner all these years. It was like we got to learn to be adults together.

Then again, neither of us ever learned to live solo. We went from living at home to roommates to marriage. Some people would say we missed out on something essential; that we don’t know true independence (that’s probably true). Others would tell us we’re lucky we found each other early, when we weren’t set in our ways (that’s probably true, too).

And if you have kids, do you picture them marrying at a similar age as you did? Would you freak out if they told you they found the ONE and they’re ready to get married at 21? Do any of you have kids who are pretty sure they have no interest in ever marrying? Do your kids ever bring up this sort of topic? I would love to hear your thoughts!

P.S. — The wedding photo at top pictures my inlaws, Julia and Robert Blair. Which reminds me, do you know how old your parents were when they married? Or when they had you?

63 thoughts on “What is the Ideal Marriage Age?”