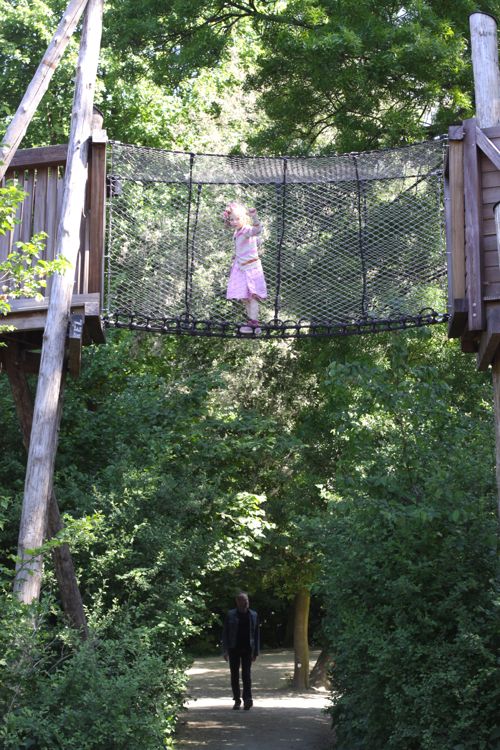 One of the best places to take kids in Amsterdam is Vondelpark, a huge park right near the center of the city.

It has everything you want in a good city park. Big green spaces. Bike and walking paths. Ponds. Cafés. And 2 of the coolest playground structures I have ever seen.

The first was like a treehouse/fort sort of structure that was really big. It kept reminding me of the Swiss Family Robinson house. It was built from huge logs and was half hidden in the trees. So neat! 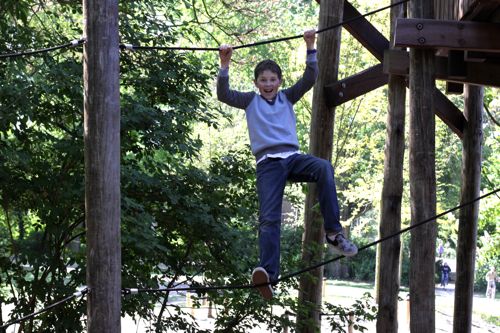 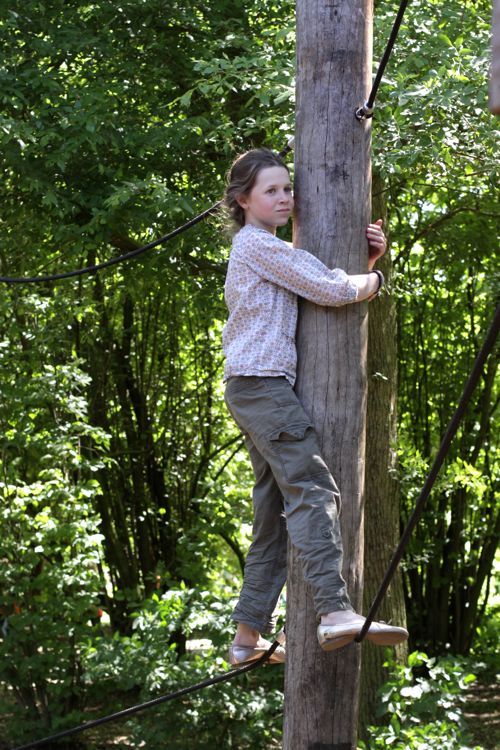 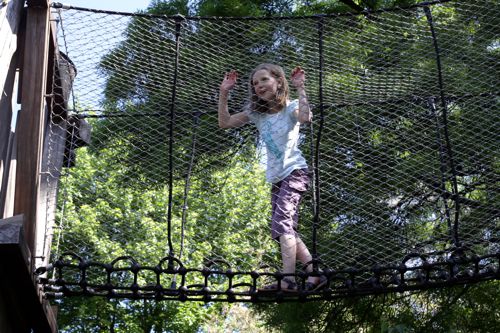 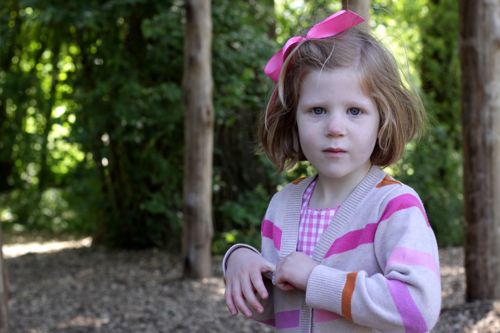 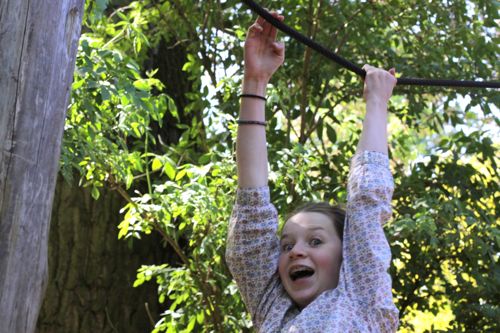 The second one was super cool and super modern — I’ve never seen a play structure like it. It was next to a good lunch spot and a giant sandy play area, so my kids were in heaven. 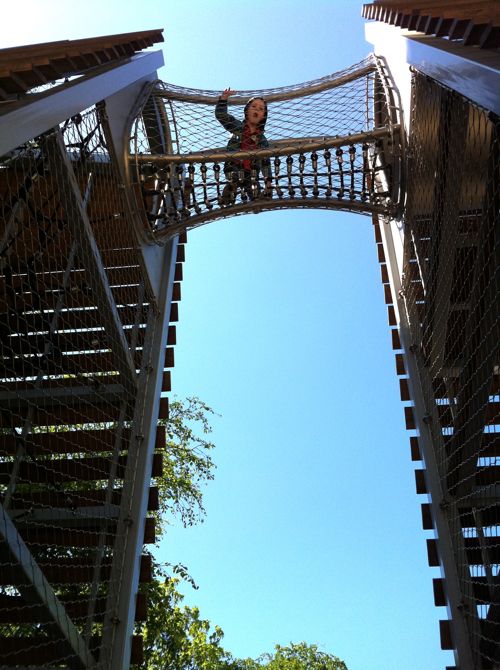 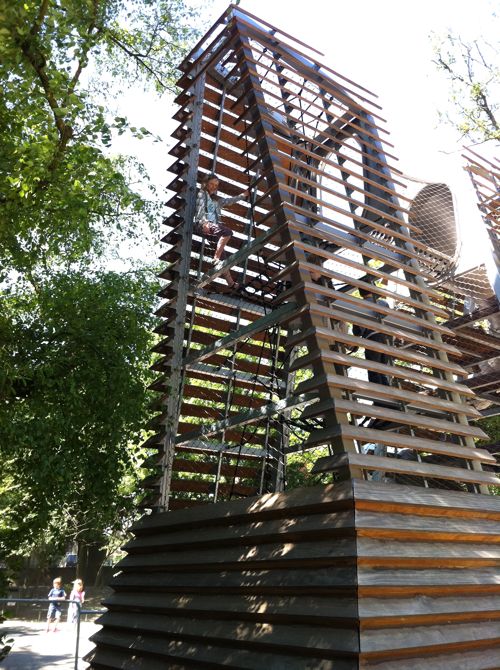 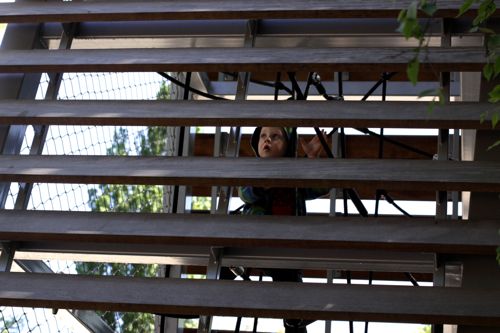 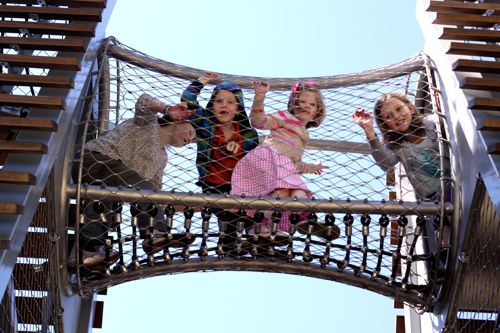 Vondelpark is big, and we would never have known either play area existed without Lotte. Lotte is Dutch and lives in Amsterdam. She read that we were headed her way and offered to be our tour guide for a day. Local tour guides are the best!

Lotte is a mother, so she knew exactly where all the best kid spots in the park were. And she helped us decipher the menu when we stopped for lunch. (Lotte also helped us find some of the best shopping spots in the city, but I’ll report on that another day.) 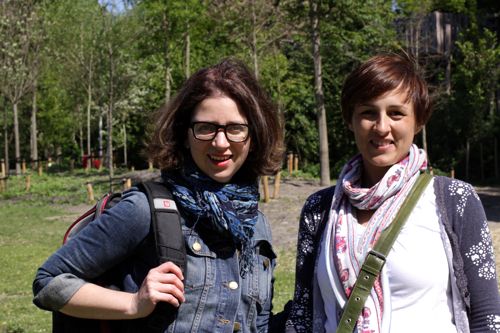 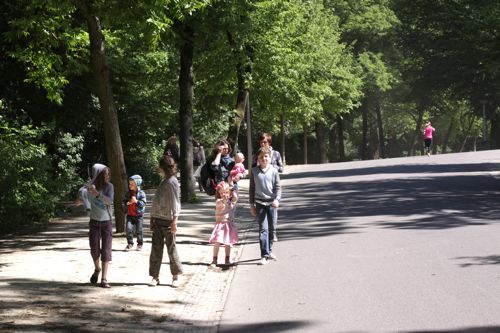 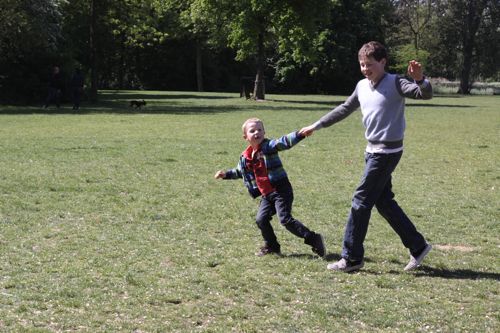 We loved Vondelpark so much that we rented bikes and went back the next day! 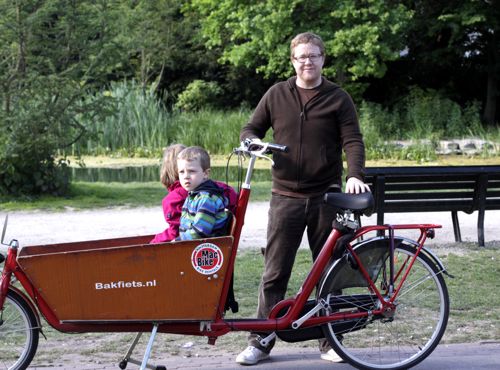 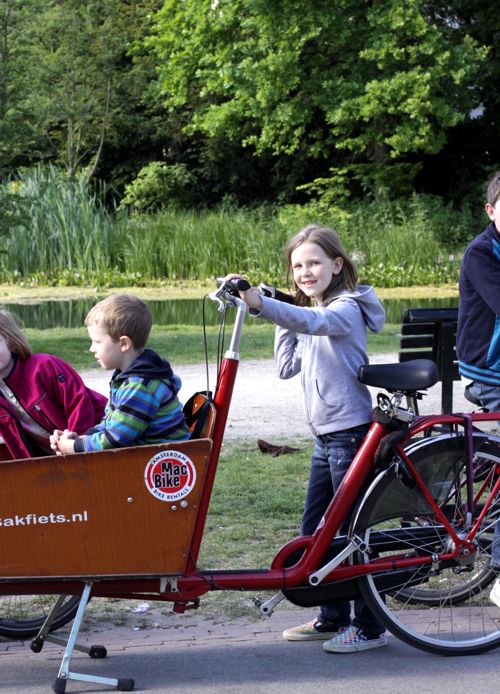 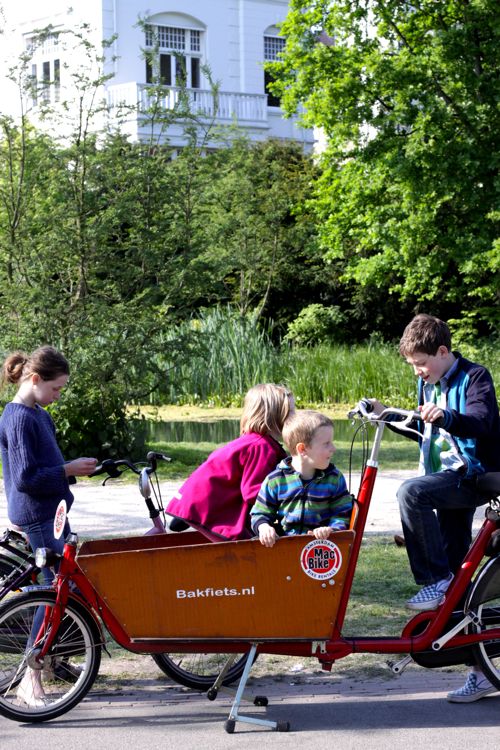 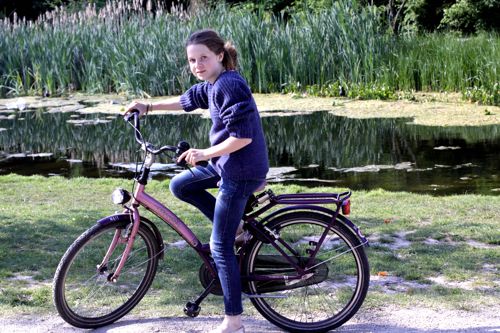 Since we live in the French countryside,  we don’t have access to nearby playgrounds, so I think we especially enjoyed our park time.

How about you? Do you live near a park? Are play structures all over the world getting cooler, or is it just in Amsterdam?

P.S. — 5 Tips for planning your trip to Amsterdam and more travel reports from The Netherlands.

28 thoughts on “Travel Tips: Spend A Day With Kids In Vondelpark Amsterdam”