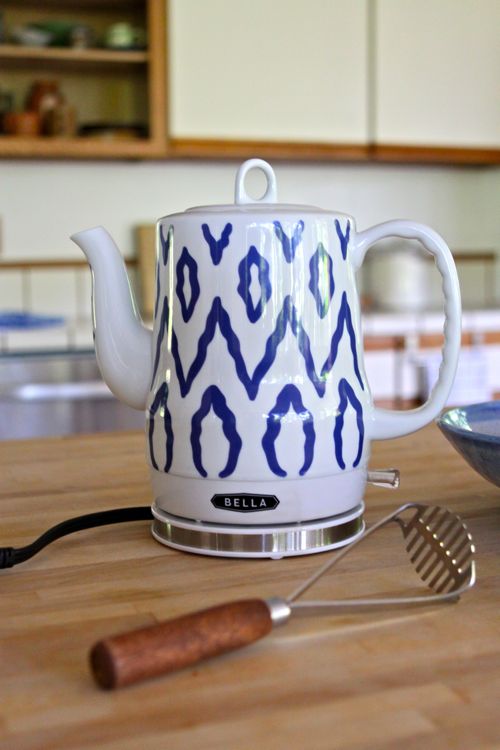 In March I wrote about the food habits we had picked up from our time in France, and since that post, I remembered two things in our kitchen that we wouldn’t own if we hadn’t moved to France. So I wanted to share them with you. Neither is particularly French, but we started using these tools because they happened to be in the kitchen of La Cressonnière, and we loved them so much, they were two of our first purchases when we moved back to the U.S.! 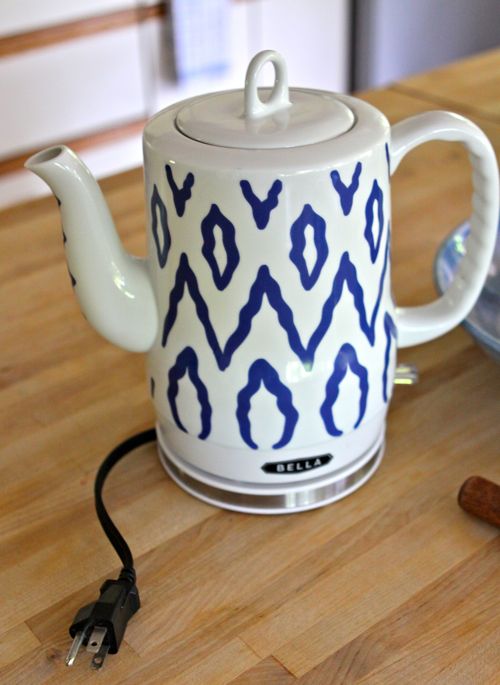 The first is an electric kettle. Apparently, these are common as can be — like more standard than a toaster — in every Western country but the U.S.. And they’re definitely sold here, but I had never seen one used by an American friend, and I had never used one myself, until we lived in France.

They are so handy! The water heats to boiling super fast. It’s great for making hot drinks, for making ramen (or cup noodles, as my kids call them), or anytime you need a small amount of boiling water fast (like when we made dye for Easter eggs). Sometimes it surprises me how often we use it.

There are tons of options available. We use this ceramic one — I chose it for its looks (I thought it would be pretty sitting on the counter) but it works great too. : ) 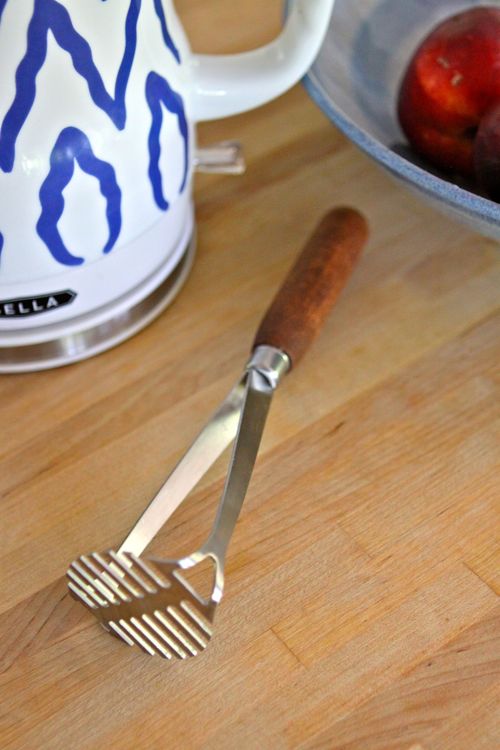 I don’t know the official name for the second tool. We call it a mini-masher, and it took me several searches to track one down. This is the one we have, and I found two others, here and here. Dang I love this tool! I use it for two things specifically: to mash avocados for guacamole, and to mash boiled eggs for egg salad.

If you don’t eat either of those things, I would not recommend this tool to you. But if you do eat guacamole and egg salad, this tool will make you about 75% more willing to make them, because it does the job so well, so quickly and so easily — even if the avocado isn’t perfectly ripe!

Of course, this made me wonder: do you use/adore any kitchen tools that you think are probably uncommon? Where did you discover them? What do you use them for? Also, have you used either of the tools I featured? I’d love to hear!

P.S. — Travel season is here! If you’re headed to France, here are Five Fabulous Souvenirs Under $5. And here are 5 more!