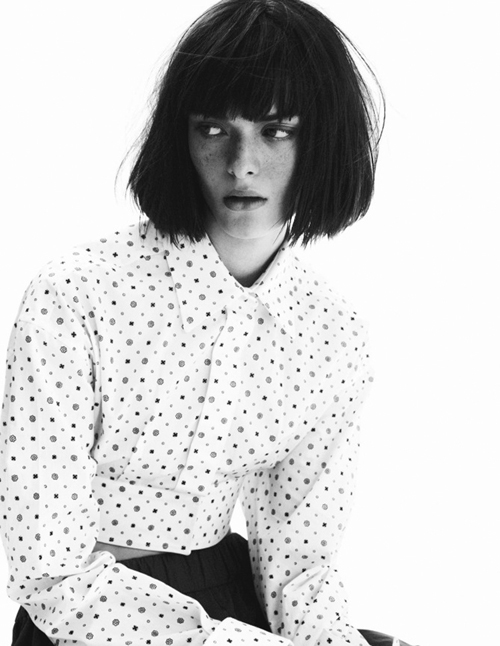 So. I didn’t mention it last week, but on Saturday it was my birthday. I feel odd about mentioning my birthday on the blog. With a forum like Design Mom, I’m lucky, because I get kind comments and emails from readers regularly, so it somehow feels greedy if I mention my birthday, as though I’m hoping for special greetings. But now that’s it’s over, I want to talk about it. Because it was a big one. I turned 40!

I’ve been thinking about this birthday for awhile. Forty has a reputation for being a difficult birthday, and I wanted to avoid feeling bummed out. I figured if I made a good plan in advance, I wouldn’t be caught off guard when the big day arrived. The idea of a mid-life crisis is really discouraging to me, and I think I’m actively trying to avoid it if at all possible.

So in January of this year, when I was working on New Year’s Resolutions and plans for 2014, I put some thought into my birthday. What did I want to do? Have a big party? Go on a trip? Accomplish a goal? Get in good shape? Make a list of 40 things I could do to commemorate the day?

I pondered possibilities over a few days and the thought that kept coming back to me was: grooming.

What do I mean by grooming?

Well, I mean actual grooming. Hair and nails and skin care and makeup and shaved legs and the whole thing.

I guess I feel like by 40, I should have long mastered grooming. But instead, there are many days where I see my nails and think, “Really? You’re not embarrassed of yourself?”  Or I’ll attempt a certain eye makeup technique for a big event, and get it totally wrong and remember that I’ve never properly learned to do makeup. Or I’ll leave the house for a late night errand, wearing something that essentially communicates I’ve given up on life (which I haven’t, so I shouldn’t be communicating that). Or I’ll want to wear a certain skirt, then have to pick an alternate outfit because I didn’t make time to shave my legs.

On some days, I get it right. But on lots of days, I don’t. None of this is terribly important, none of it is even remotely life or death, it’s just that I assumed that I would have mastered these basic tasks by the age of forty.

So my initial idea for celebrating my fortieth year was to master grooming. To look and feel as good as possible every day of my fortieth year. To make consistent hair appointments, to dedicate enough time every morning to properly get ready for the day, to remember to reapply lipstick as needed. I could even have my teeth straightened, which I’ve wanted to do for years! Stuff like that. And I still really like that idea, but it lead to a related idea that I think I like even more.

I’m consistently intrigued with conversations about women and beauty and identity. How we view ourselves. The image we project to others. How and when we feel beautiful, and why we sometimes (and sometimes often) don’t feel beautiful. What we’re willing to do to achieve a certain identity or beauty ideal. And how it all relates.

When we moved to France, Ben Blair didn’t have a beard and had never had a beard. At some point, while we lived there he had a few days of facial hair growth and was about to shave, but we had a conversation. I was curious. I said, “So you’re able to grow a beard, but you’re never going to grow one? Don’t you wonder what it would be like or how you would look?”

And I guess he did wonder. Up to that point, he wasn’t against growing a beard, he just found the process was too itchy, so after a few days, he would shave. But after our conversation, he spoke with our favorite pharmacist (who happened to be bearded), and the pharmacist recommended several options to deal with the itchiness, and they worked, and Ben Blair suddenly had a beard.

Turns out, Ben liked it so much, that he hasn’t shaved it since!

When I started thinking about grooming and beauty and identity I remembered Ben’s beard experience, and thought to myself, well, It’s possible for me to go blonde, like Gwen Stefani (age 44, btw) white blonde. And I’m just never going to try that? What if I like myself better as a blonde. Or what if I like how people respond to me?

Or, I could shave my head and wear dark, heavy eye makeup and have a completely different, much edgier look, and I’m never going to try that either? I find that look really appealing. Maybe I would love it in the same way Ben likes having a beard. The idea of having a look that isn’t typical of a mother of six is appealing to me.

Or maybe I should try a really sharp, short bob — sort of Japanese style (similar to the image at top). My hair wouldn’t do it very well on its own, but I could wear a wig. There are whole sections of the population that wear wigs regularly (think: Beyoncé). I always covet that sharp bob look. Why not adopt it for myself?

I want to say here that I realize my ideas are not quite the same thing as the beard. A beard is a natural human body process, but bleaching hair or putting on heavy eye makeup is not. But you get the idea. In this day and age we have a lot of control of how we look. I dye my grey hair and have done so since my mid-twenties. I wear contacts on some days instead of glasses. I choose specific clothes, consciously or subconsciously, so I can portray a certain look and receive a certain response from the people I encounter. We all do.

So my second idea was to use this year, my fortieth year, to experiment with beauty and identity. And then to discuss these topics here on the blog. I could try on several different looks — change them up every month or every quarter or whenever it makes sense. Maybe I could make videos — time lapse recordings of me transitioning from one look to another. I could talk about how I feel with each look. How my kids respond. How strangers respond.

Some of the looks might require lots of daily grooming, but another time, I could experiment and see what it’s like to wear no makeup, and do the least amount of grooming (while still being healthy), and see what happens if I do that over several weeks. Do people respond to me differently? Do I feel less confident or beautiful? What if I have to speak at an event? Would I still be committed enough to wear no makeup? And if I’m spending less time on grooming, do I use that freed up time productively, or do I use it to watch more Netflix?

I’m not totally sure how to go about the second idea. Do I start with something dramatic like going blonde? Do I make a plan of all the different looks I want to try this year? Or just decide as I go along? Will I need to change up my wardrobe for every new look? Do I progressively cut my hair shorter and shorter until I buzz it at the end? I’m not sure yet.

I’m in Salt Lake City for Alt Summit, and happen to have a hair appointment today. Maybe I should do something simple to start things off — like get bangs cut.

We’ll see. It’s easy to type, but making physical changes actually takes some guts (at least for me). Even simple things like bangs can feel like a huge change and take some time to get used to.

Okay. That was a long post. Thanks for sticking with it, because I’d really love your thoughts and feedback. What do you think of the idea? Would you find it interesting to see someone (me) try on completely different looks for weeks at a time over the course of a year? Do you have any interest in discussions about beauty and identity and grooming and how we perceive ourselves? Is this an important conversation to you? Should I cut bangs today, or should I wait and do something more extreme for the first change? Have you ever thought of changing your appearance in a significant way? Let me know if this post sparks any ideas for you!

P.S. — For my actual birthday, at my request, we kept it really low-key. I didn’t want a party, I didn’t want any gifts. We thought about going out, but it suddenly felt like a lot of pressure, like it had to be fabulous since it was the big 4 0. So I decided to go super laid-back instead. Ben and the kids made breakfast in bed and sang happy birthday, which was delightful, but other than that it was a normal Saturday. Errands and laundry, and prepping for Alt Summit. I didn’t even Instagram that day! : ) For those of you who have had landmark birthdays (30, 40, 50, etc.), did you feel pressure to do something big?