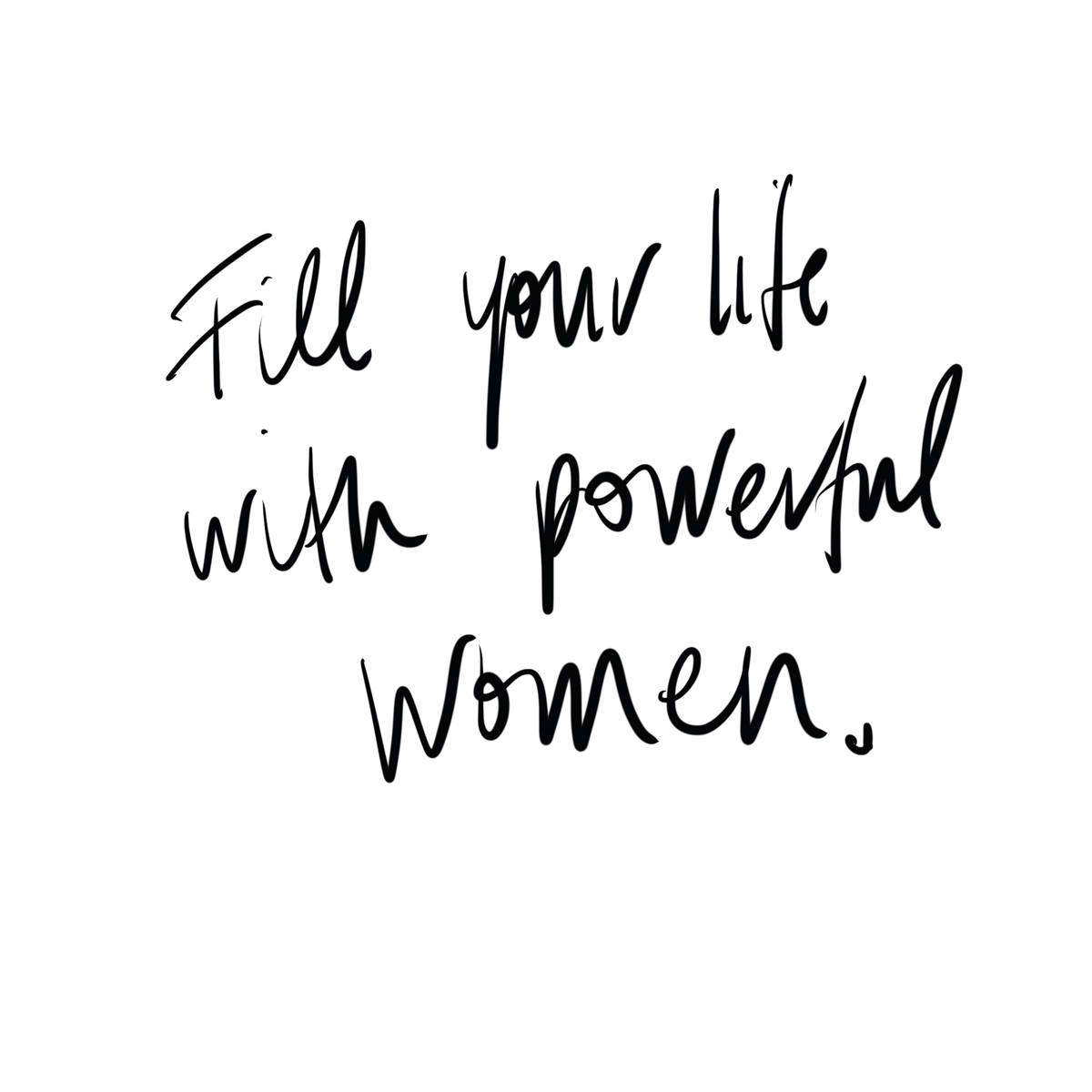 I saw RBG the other night. Have you heard of it? It’s Ruth Bader Ginsburg documentary about her career. I didn’t understand how emotional I would feel as I watched it, but I started crying at two minutes in, and was a ball of tears off and on throughout. I went into the movie not knowing much about her (outside of the Notorious RBG memes that have been popular the last few years), and loved learning how she carefully and systematically built a legal foundation for working toward women’s equality. Her career is really quite remarkable.

One of the things that struck me throughout the Ruth Bader Ginsburg documentary was her appearance. I couldn’t shake the idea that every detail about the way she presented herself affected whether or not she would be listened to and taken seriously by her peers — who were essentially all men. 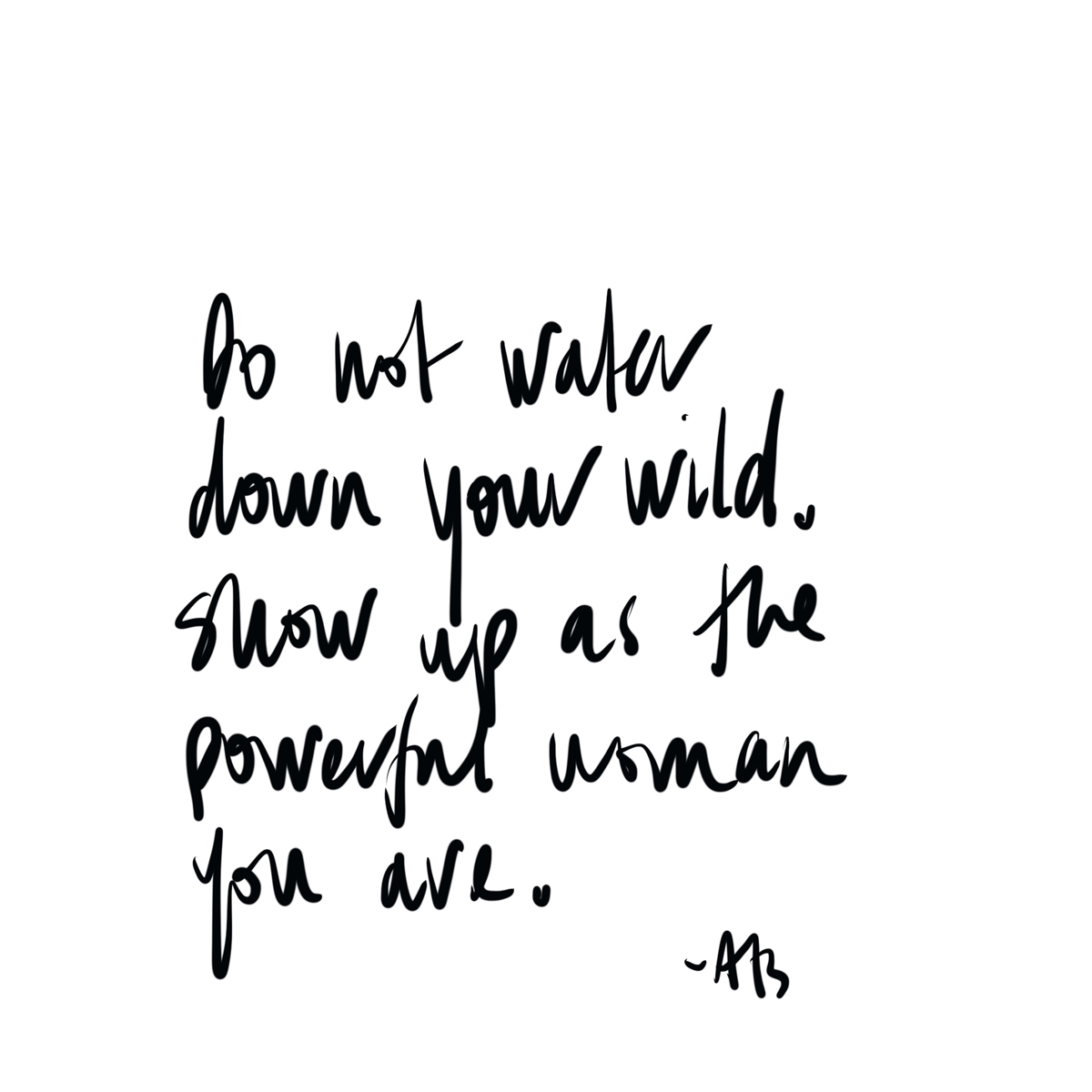 The movie shares images and footage of her in the 1950’s as a college student and law student — one of 9 women in a class with over 500 men. She is beautiful. Quite stunning. To my mind, she was just the “right amount” of beautiful. Meaning, she was beautiful enough that men would be drawn to her and want to be in her presence, but not so beautiful that they would instantly disregard her intellect. If she had been a few degrees more glamorous, in the direction of a Hollywood starlet, would they have been willing to take her seriously, or would she be instantly objectified; her voice neutralized?

She met and dated the man she would eventually marry early on in her undergraduate years at Cornell. They married right after graduation. She was “safe” because she “belonged” to a man. If she hadn’t had a boyfriend right away, what kind of harassment would she have had to face as she tried to get an education? If she hadn’t married as soon as she graduated, would she have been ignored or pitied because she “couldn’t get a husband?”

In the 1950s, her husband was one of a kind in his generation  — he adored her, truly respected her brilliance, approached her as an equal, and was not threatened by her abilities. She mentioned he was the first man she’d ever met who cared she was smart. As her star rose, he put her career above his own. And because she wasn’t one to brag about herself, he bragged about her to everyone — which influenced who considered her for a Supreme Court Justice. If she hadn’t found this particular man, would she have been able to progress in her career as far as she did? Would she have had to put her husband’s career in front of her own? Would she have been able or allowed to have a career at all?

Her husband was also very successful himself and deeply respected by his peers. He was well-liked and funny. He was one of the top tax lawyers in New York City. If her husband hadn’t been successful, would people have been okay with RBG’s success? If her husband had been unpopular, would she have been shamed for marrying such an awful guy?

When she started law school, her first baby was a one year old. Her husband was in law school too — a year or maybe two years ahead of her. He got cancer. She nursed him back to health, while caring for her baby, and going to her law school classes, and ALSO arranging for notes to be taken during her husband’s classes, so that he could continue his schooling throughout the cancer treatment. And remember, this is before chemo was a thing. The treatment was just brutal radiation. If she hadn’t been supermom/superwife during that period, would she have been disrespected for carrying about her career more than her family? Would people have used her “unnatural, unwomanly love of career” as an excuse to ignore her?

They were a truly happy couple with a long devoted marriage. If there had been stories of cheating, or if their marriage had been rocky and he had badmouthed her to his friends and colleagues, would she have been deemed a horrible wife who couldn’t keep her man happy, and therefore not worth listening too?

They had two kids. One girl, one boy. The “ideal” American family. If they hadn’t had kids, or even just had one kid, would she have been told that she needed to stop what she was doing and attend to her family? Get her priorities straight?

Throughout the movie, I noticed how she dressed. Always neat and put together. Always feminine. Never too showy. Always appropriate. I’m sure it made the men she worked with, and the judges she needed to present in front of–men who rarely heard from women in a professional setting–comfortable. It gave her a non-threatening feel. Had she dressed a bit more mannish, or worn flowery prints, would they have rolled their eyes and assumed she was just pretending to have a career? Pretending to be a man; one of the guys? Or deemed too girly to be able to handle the work?

She was quiet. Her husband was the loud, funny one. She was described universally as reserved, serious, and quiet. Never making small talk. She said her mother insisted that she be ladylike and not lose her temper. If RBG had been chatty or gregarious, would men have gotten too annoyed when working with her and put blocks in place to prevent her from moving forward?

She was born and raised in Brooklyn and she has a strong voice with a classic Brooklyn accent. If she had been raised in another part of the country and had learned to keep her voice more feminine — with a higher pitch, or with a lilt, or with a Valley Girl flirtiness — would men have been willing to listen to her? To take her seriously? Would they have called her shrill?

I should note: these thoughts were not themes in the movie, and barely if ever brought up as her story is told during the film. They are just my observations as I watched. I had a recurring thought the entire time about how her life path and appearance were ideally suited for her to accomplish what she’s accomplished. If any of the circumstances I listed above were changed even a little bit, I think it could have put her (and our nation’s legal history) on a completely different course.

During the movie, I was struck over and over again about how much women’s appearance matters in our society — in the 1950’s and still today. The potential criticisms that I brought up — the ones RBG was able to avoid — are still flung at women right this minute. I see them on social media every single day. This woman’s opinion doesn’t count because she’s not pretty and couldn’t “get a man.” This woman can’t be believed because she’s divorced. There must be something wrong with this woman because she never had kids. This woman should be disregarded because she earns too much and that emasculates men. This woman is power-hungry and ambitious; it’s not becoming. This woman is ignored because her voice is “too shrill” or she talks too much. This woman isn’t taken seriously because she dresses wrong — too outlandish or too boring or too slutty.

The path to being a successful or powerful woman in our society is a tightrope. If you don’t manage to take every step perfectly, down you’ll fall.

Have you seen the Ruth Bader Ginsburg documentary? Do you know anything about Ruth Bader Ginsburg? Have you ever felt the tightrope walk? Or seen women in your life struggling with it? If you’re married, do you feel your spouse would be willing to put your career above theirs? Have you been criticized for appearance that isn’t traditionally feminine? Or life choices that aren’t traditionally feminine? Am I an outlier here? Am I reading too much into this? What are your thoughts?