It must be moving season! Lately, I’ve had lots of emails from families moving abroad, wondering what we did for a car when we arrived. I mentioned in an early post about our move, that we intended to arrange a short-term car lease while we were here. But that didn’t happen. Here’s what did happen: 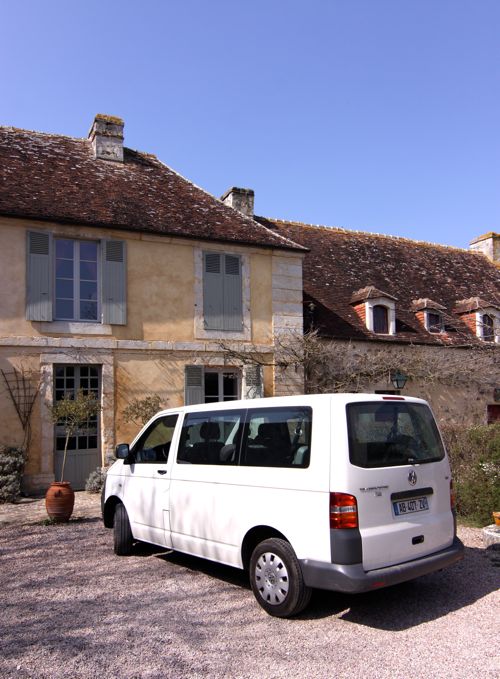 Turns out, we couldn’t lease a car, or get any sort of auto financing, because we needed to have an active French bank account for at least a year before we could apply. So. We had to purchase a car instead. Ben Blair found a used VW Transporter without too many miles — and it had seats for 9 people! Perfect for a big family like ours. 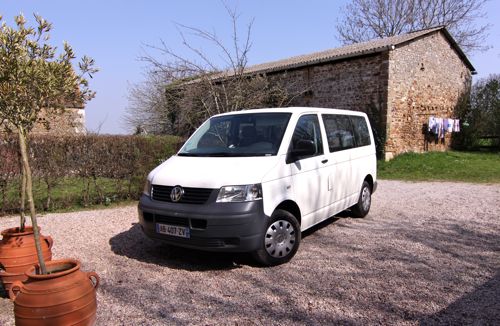 The VW wasn’t cheap, and we didn’t have enough cash to pay for the whole thing up front. So we asked a favor of the seller and payed for the car over 3 months. That just about wiped us out! We assumed we would be making small monthly payments and hadn’t budgeted for a big purchase like that. But then it was paid off and ours, and we felt great about the decision.

Ultimately, we’ve been delighted with the car. And man oh man have we put some miles on it! It’s taken us to The Netherlands, England, Spain, Germany, Belgium, and all over France. It’s designed for 9 adults, so it feels extra roomy to our family of little kids, and it’s been the perfect car for road-tripping. We love it! We wish VW sold this in the U.S. because we would buy one in a snap!

P.S. — Did you know almost all cars in France (and maybe Europe?) are stick shift? Even rentals! Our VW is too. Luckily, my first car was a stick shift, and a few cars I’ve owned since then as well, so it’s easy for me. Do you know how to drive stick?

51 thoughts on “The Family Van”