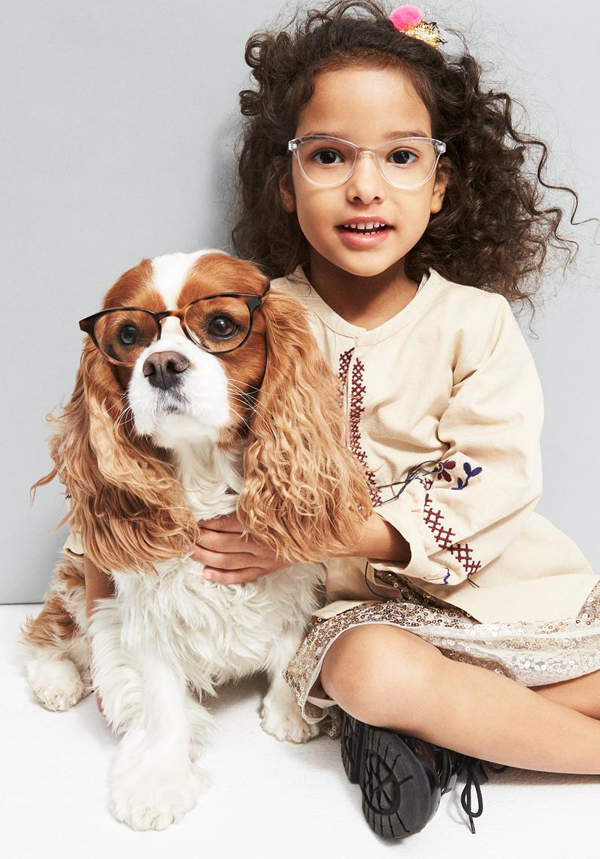 I know I’ve mentioned I have horrible eyesight. It’s 20/800, which I was once told is legally blind, but I don’t really know about that. I just know I should never be behind the wheel of a car without my glasses or contacts. Ben Blair also wears glasses, though his eyes aren’t nearly as bad as mine.

So it’s no surprise that half of our kids need glasses too. Ralph and Olive both wears glasses, and recently our youngest, June, has joined them. But it’s so different from my experience. Their prescriptions aren’t very strong, and they function just fine even if they’re not wearing glasses at all. For them, glasses are optional. They keep their glasses in a case in their backpack and use them sometimes, but not always. 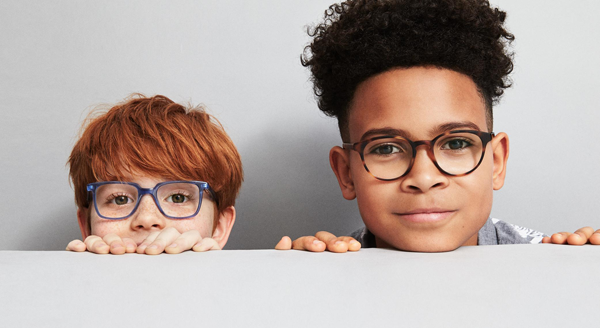 I think of this as a blessing. They don’t need special eye gear for team sports, or skiing, or swimming. They don’t use prescription sunglasses. And they can avoid the world of contacts altogether. Perhaps their eyesight will get worse as they reach their twenties, but so far so good.

One thing I’ve noticed is that the attitude about glasses is different than when I was a kid. There is zero stigma about wearing glasses — in fact, they’re essentially treated like a cool accessory. They don’t feel like a big deal, or something to avoid, at all. And they don’t feel as “precious” either. I remember classmates being so worried they might break their glasses, worried their parents would be upset about having to buy another pair. But I think materials have gotten stronger and better, and prices have dropped. It seems like there’s less stress around wearing glasses in general. Would you agree?

For the teens and grown-ups at our house, Warby Parker has been the go-to glasses source since they launched, back when we lived in New York. But for little kid glasses, we’ve had to look elsewhere. So I was interested to receive an email from Warby Parker announcing that they’re experimenting with kid glasses now too. They’ve scaled down a handful of their most popular frames, and they’re offering them for a few months, only in NYC stores. I’ll be curious to see how it goes. Will their kid versions become a permanent offering?

If you don’t live in NYC, but are looking for stylish kid frames that won’t break the bank, there’s another source that keeps showing up in my Facebook feed called Jonas Paul Eyewear. They only carry kids frames, and they start at $79. Plus, for every frame you buy, they donate a pair of glasses to a child in need. I haven’t tried them, but they get great reviews.

What about you? Do your kids wear glasses? Are they essential or optional? Is it a stressful thing for them? Do you have a favorite source for frames?

46 thoughts on “Do Your Kids Wear Glasses?”