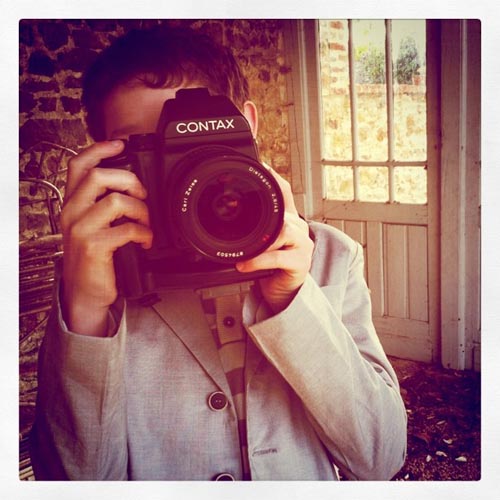 I woke up this morning thinking it was Saturday. And it was such a downer when I realized it wasn’t. So dumb! Do you ever do that?

I love these behind the scenes shots from our photoshoot last weekend. The photographer was Sarah, of Modern Kids, which is based in San Francisco. Sarah was on a vacation here in Normandy and when she realized how close we were, she offered to come by. 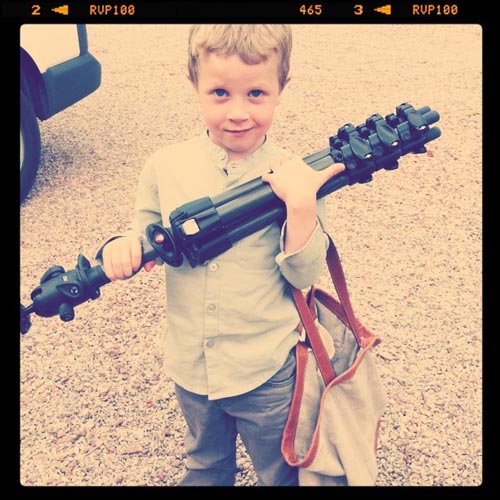 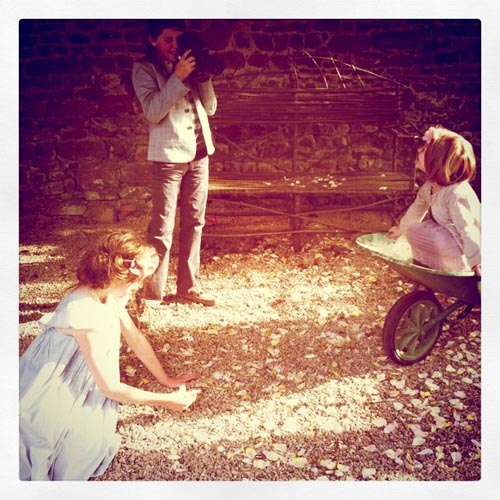 I didn’t know this until Sarah started taking pictures, but she’s currently shooting only with film. And she uses a giant old camera (which she let Ralph try out). Isn’t that the coolest? She’s getting the rolls developed next week. I can’t wait to see the results.

I don’t think I’ve bought a roll of film in 10 years. Do you ever shoot with film? Or even have a film camera?

P.S. — Sarah is fabulous! She’s lived everywhere and knows all sorts of interesting things. My kids fell in love with her instantly. As she was leaving Oscar called out, “I love you Sarah! You can come stay with us anytime. Just skype us and we’ll tell you where we live!!”

26 thoughts on “Shooting With Film”