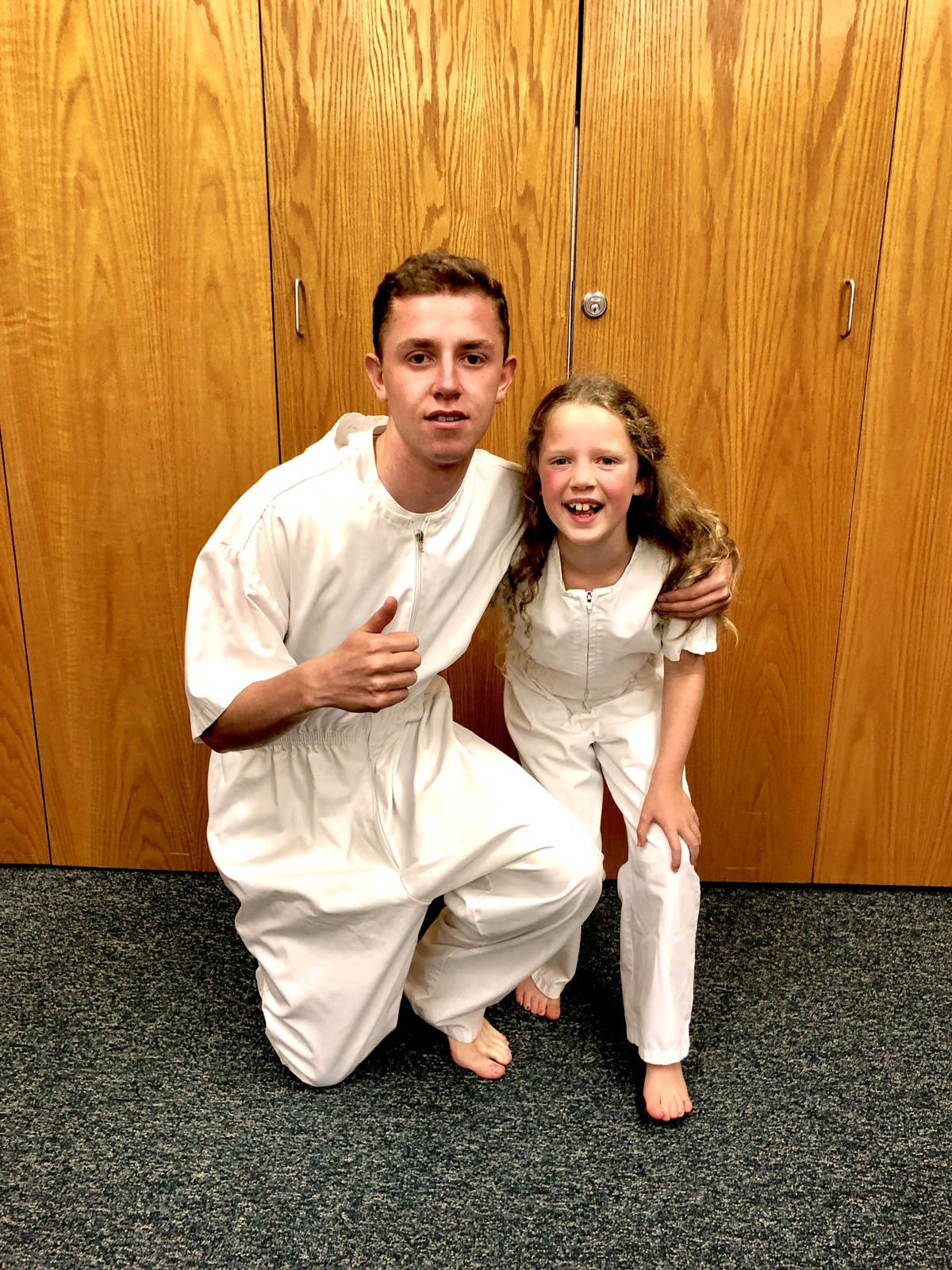 I woke up this morning with all sorts of things I wanted to talk with you about, and realized that maybe it’s because I haven’t done a Random Thoughts post in awhile. Here’s what’s on my mind right at the moment.

– I didn’t realize that the last couple of weeks had worn me out so much until I hit the pillow last night, and then slept as if I’d just run a marathon. It’s been a big, emotional, jam-packed chunk of time. It feels a little funny because it’s all positive — prepping for Ralph’s return, his arrival, lots of concentrated family time, June’s baptism, hosting a house full of friends and family — but it still takes a lot out of you, you know?

And it was interesting to see my to-do list this morning. It has a completely different focus than the last few weeks — no hosting-related, or house-focused tasks at all. It’s a reminder that there are some key projects I’ve set aside, and need to pay attention to. It feels good to open my laptop and have a regular work day.

– Ralph’s gave his mission report at church yesterday, and it was excellent. There are at least a dozen tidbits I could share, but I’m going to choose one that I think was highly relatable to pretty much everyone in the audience. Near the beginning of the talk he recounted what it was like to be at the airport two years ago, alone, leaving Oakland, and how he sat down at the gate, and out of habit, reached in his pocket to pull out his phone. But there was no phone. And there wasn’t going to be a phone for two years. And how it just hit him. Like: What in the world have I gotten myself into?

– After Ralph’s report, the congregation gathered at the Baptistry, and Ralph baptized June. Betty and Oscar gave talks. Olive conducted the music. The Grandmas gave the opening and closing prayers. It was super sweet, and very short — over the years we’ve learned to keep our baptism programs to about 30 mins. We felt so loved and supported by family and friends who came for the report or the baptism or both.

– Yesterday afternoon we hosted an Open House. I’m not very good at planning for that sort of thing — trying to guess how many people will come, and how to feed them. It’s an art, I swear. Of course, my awesome family jumped in and helped. Jordan brought a huge box of adorable paper goods — in the colors of the Colombian Flag (naturally). My sisters-in-law, Traci and Megan, went right to the kitchen to help things run smoothly so I could use my time to talk with guests. My mom tackled the dishes. The guests brought potluck goodies to add to the feast. The dad of one of June’s friends from school took over water duty (refilling the dispenser with water and ice) without being asked — he just saw a need and jumped in.

Every time I looked around the room, I felt a rush of gratitude for all the good people in our lives.

– In Ralph’s talk yesterday, he recounted a memory of arriving in Colombia and hearing the experienced missionaries chatting with the taxi driver and being totally confident and comfortable in Spanish, and how he wanted to get right to the confident, expert stage immediately. And then realizing there is no short cut; if you want to get to the expert stage, you have to do the work.

That feeling resonated with me so much. I’ve felt the same way many times in my life, and find I still feel it today when I embark on a new project. I’ve been working on my hand lettering, and wanting to skip the work and get right to expert stage. Can you relate?

– Maude’s apartment hunt has been an adventure. She ended up finding a place where she’s renting the living room. Apparently it’s a common thing to do near campus, since property around here is so expensive. The landlord or tenants will put up temporary dividers in the living room to create another (mostly private) bedroom — which means the only common space in the apartment is the kitchen. So we’ve been exploring options for dividers. Freestanding accordion-fold? Curtains? Bookshelves? Something else entirely?

Maude isn’t sure she’s going to dig the living room option, so she’s keeping the commitment short term, and checking out other apartment options as well. It’s been fun for me to see her figure things out, make comprises, and tackle adulting.

– I’ve been talking about DNA tests for ages, but my siblings and mother have only recently actually started getting tested. My sister got her results back and reported that we are:

When my brother gets his test back, we’ll know more. My mom’s side is the British & Irish side. And I feel like I know a bit about them because lots of genealogy has been done. My dad’s side is the Jewish side, but I know almost nothing about them and would love to learn more.

– I have so much energy about Alt Summit right now. I think about it all the time. I would work on it 15 hours a day if I could. I have so many ideas for the conference I want to bring to life! Are you coming?

– I’ve had an accidental social media break. I haven’t posted to Instagram, or spent time on Facebook, or checked into Twitter for the last week or so. And I’ve barely taken any photos for the whole last week. The photo above? That’s basically the only photo I took yesterday. And it was a BIG day.

I didn’t intend to stop snapping and stop posting. I didn’t really notice I had taken a break until I flipped through my photos and realized there weren’t any. I suppose I find it difficult to both document the moment, and experience the moment at the same time. On some days I can manage it pretty well, but other times it feels like too much to pull out my phone.

– Did I tell you we shot our What to Wear to School photos? We actually shot them right before the first day of school. I just looked at the calendar today and realized that was an entire month ago! And I still haven’t processed the photos. It’s been that kind of a month. I can hardly believe how fast time is flying.

I know it’s only September, and not really time to reflect on 2018 yet. But I found myself looking back at the year and being surprised. This year has brought unexpected challenges. I feel like I started the year with a solid plan, and reasonable expectations and goals, but it seems like I keep having to change directions in big ways. For example, I really thought we would be moving to France this fall — a least for a few months — but we’ve had to set aside those plans while Ben’s startup is in fund-raising mode. Another example: at the beginning of the year, I had no idea I was going to take on an ambitious expansion of Alt Summit. And it’s really changed how I need to structure my work time.

Even the podcast! I felt like I was a few tasks away from launching, and then had to pause the whole process. Getting over a project pause can be tricky. There’s inertia that you have to overcome. You have to be re-trained, get re-familiar with the task list. It’s not quite like starting over, but it’s not totally different either.

I’m trying to roll with the changes, but I admit, it’s only with limited success. : )

– Mostly, I’m thinking about how grateful I am to have all my kids together — at least for a bit. I know it won’t last. Maude’s already off to her new apartment, and as Ralph makes plans, it won’t surprise me if they take him far from home. So I’ve just tried to be aware of how lucky I am to have a window where we’ve all been together.