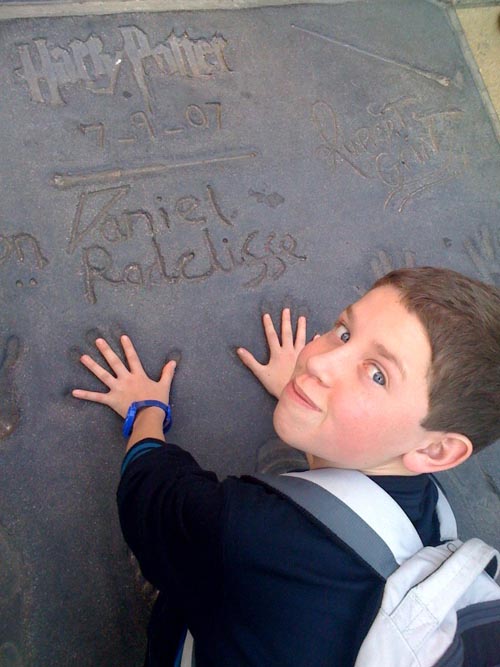 Here’s another post filled with some of the practical bits of moving to another country. Today I thought it would be fun to chat passports and visas.

Our long-stay visas were approved last week!! They are an addition to our passport that allows us to stay in France as visitors for an entire year. Hooray!

A word about visas: these aren’t visas as in credit-cards. These visas are a document issued by governments, allowing a non-citizen to live or work in their country. In France, you can automatically receive a 3 month visitor visa without having to apply for anything. But if you’d like to stay longer than 3 months, you need to apply for a long-stay visa.

I found the visa process to be a bit grueling. If you’re interested, I’ll tell you more about it below.

For passports, it took a couple of evenings to gather the correct paperwork and fill out the applications. It also required a visit to Walgreen’s for the kids to get passport photos.

The trickiest part of the passport process, was finding a time the whole family could visit the passport office. Both parents and the children applying for a passport have to be there in person. And the office hours of the passport office don’t coordinate very well with school hours. Happily, we found a perfect day when school was out, but the office was open, a couple days before Thanksgiving. Alternatively, we would just have pulled the kids out of school for a morning.

Passports can take up to 6 or 8 weeks to arrive, but they often come faster. Ours took about 3 weeks.

A couple of passport tips:

-Go really early on a Tuesday morning, as soon as the passport office is open. It seems to be the least busy time, and you’ll hopefully get helped right away.

-Use black ink, or they won’t accept your application. Yikes! We used blue and almost had a fiasco on our hands. It had taken me 2 hours to fill out all the applications and I was about to cry when I found out about the blue ink/black ink situation. Luckily, I asked the passport office if they would please photocopy the applications in black and white, and they kindly said yes.

-When having your passport photos taken (or when you’re taking them yourselves), print out a second set of two (for four photos total), because you’ll need them for your visa applications as well.

I found the visa application more challenging. One of the tricky things was the timing. In order to apply for long-stay visas, you need a signed lease showing where you’re planning to stay, and you need to know the day you’re entering the country — which means plane tickets need to be confirmed. It felt confusing to me to commit to a year long lease, without knowing whether or not we would be approved for year-long visas. But apparently, that’s the way it’s done. So we went with it.

Our signed lease arrived around New Year’s Day, and that’s when we started our visa application process.

Adults, plus children six and older, are required to show up in person at the assigned French Consulate office. The office assigned to Colorado is in Los Angeles, and although we would have preferred visiting the San Francisco office (because we have lots of family there), that was not allowed.

So. Ben Blair, Ralph, Maude, Olive and I hopped on a plane to LA early one morning during the first week of January. We had our visa appointments right after we arrived, and then caught a flight back to Denver the same day. There were a few hours before our return flight, so we took the the kids to some fun touristy spots — like Venice Beach and Grauman’s Chinese Theater. (The photo above is film-obsessed Ralph in front of the theater. This was his first trip to LA and you can imagine how excited he was to be there.)

We made sure to go before January 9th, because Oscar turned 6 that day, and we wanted to avoid getting the additional plane ticket. : )

The French Consulate firmly requested that we schedule 8 appointment time slots for 8 separate visa applications. But, on the one and only day we could make the trip, there were only 6 appointments available. We were afraid they would turn us away at the door because we hadn’t followed their strict directions, but happily, they didn’t even mention the discrepancy.

The Visa applications required far more work than the passport applications. It took me about 30-40 hours to put everything together and make requests for letters from employers and insurance agencies. Plus, the last-minute trip to LA took a hefty amount of coordination (both for the travelers and the kids staying at home).

For me, the most trying part of the visa process, was putting in the preparation hours, spending the money, making the trip to Los Angeles, and knowing all the while that our applications might be rejected for reasons I didn’t really even understand. I told Ben Blair that if our visas weren’t approved, I would have to have a day of mourning to get over the waste of all the time and work. : )

But our visa story has a happy ending. Our appointments at the consulate went smoothly. We had to fax 2 more things the next business day and we received our passports — with approved visas inside — two days after that. Hooray! We were told to plan on about 2 weeks to get approval, so we were surprised delighted with the quick response.

A couple of visa tips:

-We wanted to make a good impression, so we carefully put together our outfits and little details like a pretty file folder for all the documentation. I don’t know if it helped, but I felt far more confident going into our appointments.

-I would have loved a bigger window of time to work with. If I could do it again, I would try to confirm our lease and plane tickets earlier, so that I didn’t feel rushed getting our visa applications in.

-Even if our visa applications hadn’t been approved, we still would have moved. Apparently, there are a couple of work-arounds. Visitors are welcome to stay up to 3 months, so some visa-less folks make a point of leaving the country every 3 months and then re-entering to start a fresh 3 month stint. A good excuse to make a trip to Egypt. : ) This is exactly how Ben Blair and I handled visas when we lived in Greece. At the 3 month mark, we visited Turkey and then returned to Greece with a fresh start on our visa. IMPORTANT UPDATE: According to helpful comments from readers, the work-around I mention is no longer valid. Thank goodness our visas were approved!

-Some expats told me they’ve lived in France for long periods without a visa at all. They said as long as they weren’t taking French jobs or asking for government help, no one seemed to mind.

What about you? Any visa or passport tips you would share?