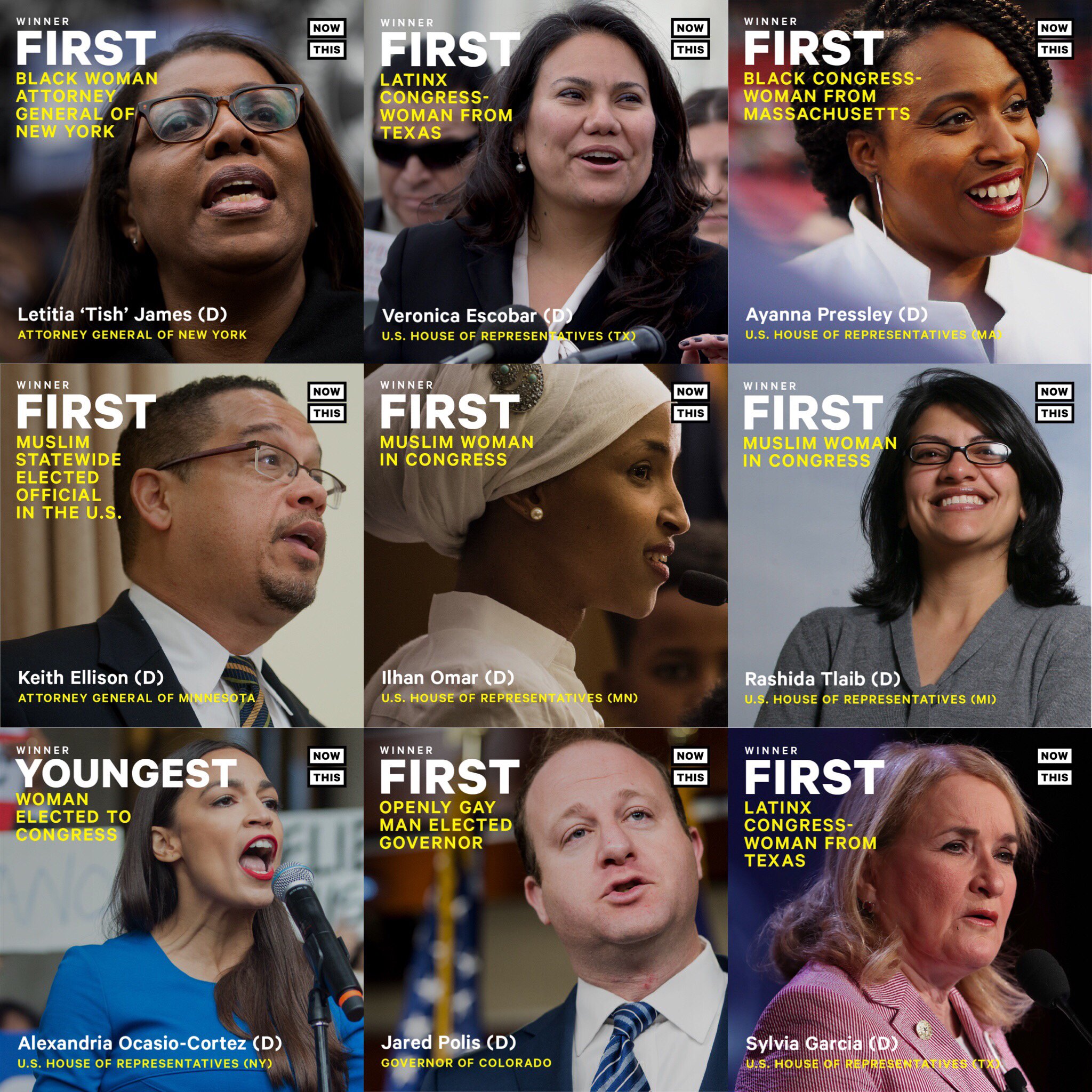 Holy moly. There’s so much going on in recent news that I want to talk with you about:

This headline made me happy: All 19 Black Women Running for Judge in a Texas Race Won Tuesday Night.

I’m watching the un-conceded Georgia race between Stacy Abrams and Brian Kemp closely. Ms. Abrams is making sure every single vote is counted. Though it’s close, Kemp is currently ahead — but his actions throughout the campaign were corrupt. This race shocked me. I thought Abrams was a shoo-in.

So bummed about Beto’s loss, while simultaneously in awe at the campaign he ran. No PAC money. No going low. Loved my dear friend Laura Mayes’ thoughts about the result. She spent a huge number of hours block-walking and getting out the vote over the last several months and she is amazing. They’re calling Texas a purple state now.

My amazing friend, author Katherine Center, has a sister, Lizzie Fletcher who was running as a Democrat in Texas — and she won! That was one of my happiest moments from the midterms for sure.

What was the happiest win you saw? What was the hardest loss for you to take? Do you feel good about the results? Did you wake up on Wednesday feeling optimistic? Or disappointed?

A 1 1/2 hour press conference that got more and more bizarre as it went on?

And have you noticed that talk of The Caravan completely disappeared the day after the midterms? And that they dropped the name Operation Faithful Patriot? Such blatant manipulation.

How much trust do you have in the midterm results? Do you worry about Russian interference?

What’s your take on all of this? I’m super curious about what will change with Democrats taking the house. Will we see Trump’s tax returns? Will there be a slew of new investigations? (Remember the investigations that were threatened if Hillary won?) Do you think Trump will try and fire Mueller? What would you like to see happen?

The first news I saw when I got online today was about the mass shooting in Thousand Oaks. Twelve people dead, plus the gunman. Some of the people who survived this shooting, also survived the Las Vegas festival shooting. The loss is staggering and heart-wrenching.

“It is the 307th mass shooting in the United States this year, according to the Gun Violence Archive.”

This is the new abnormal.

These deaths were fully preventable.

I’m done with people using mental illness as a scapegoat. All it does is further stigmatize those of us that struggle with it. It’s lazy and dishonest.

Question: Why does a person’s right to bear arms outweigh other people’s right to live? Why does someone wanting to own a gun “for protection” outweigh someone else wanting to live in a community where their kids don’t practice active shooter drills?

It doesn’t matter what political party you align with. EVERYONE should be outraged that there was yet another mass shooting. Demanding stricter gun laws is not an evil agenda, it’s a necessity.

What kind of actions can we take today to move gun control efforts forward?

I think the biggest one at the moment is in Butte County. But it seems like they are everywhere. We smelled smoke at around 11:00 today and I immediately did a search for Oakland Fires. Sure enough, there was a fire just across the highway from us. Luckily, they got it under control in about an hour. June is home today, and we talked about what we would do if we needed to evacuate. Scary stuff.

What am I missing? What recent news stories are you thinking about today? Please consider this an open thread to discuss whatever is on your mind.

70 thoughts on “An Open Thread On This Week’s News”