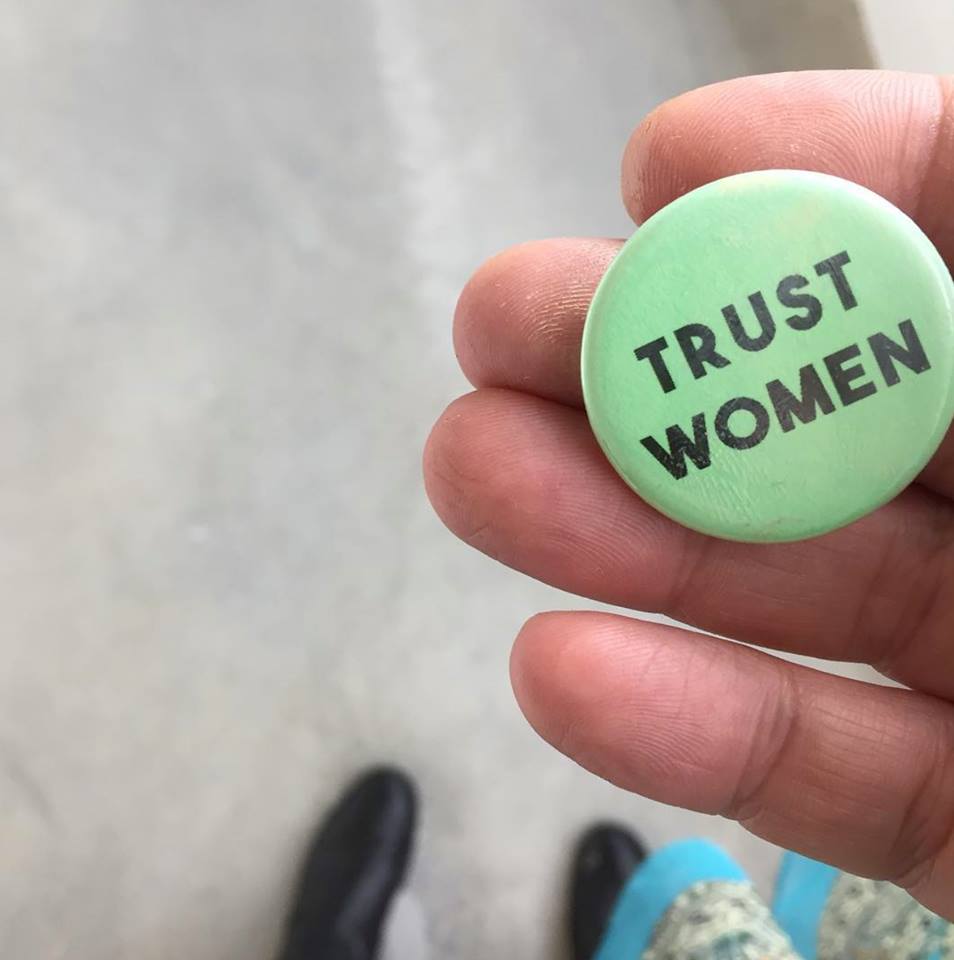 Did you see the #metoo hashtag? Or see the “Me, too” status updates? Maybe you watched in horror, surprised at how universal the problem is. Maybe you added a #metoo, and could name 100 women in your life who could add one as well. Maybe you had a #metoo to add, but didn’t feel safe enough to post it.

If you’re not sure what I’m referring to, this message was copy-and-pasted all over social media this weekend. If all the women who have been sexually harassed or assaulted wrote “Me too” as a status, we might give people a sense of the magnitude of the problem. #metoo

I don’t know who originated the message, but all of my feeds were full of #metoo. I participated, and so did hundreds of women I know personally. It’s overwhelming.

At some point on Saturday, I said to Ben Blair, “I think you’re the only man on earth I fully trust. I love lots of men. I support lots of men. But ultimately, I don’t trust them.” I have only just started to gather my thoughts on all of this. I must have read dozens of posts, essays and articles about it over the weekend. Here are some of the best ones I found:

– “I wish women didn’t have to rip our pasts open & show you everything & let you ogle our pain for you to believe us.” — Lindy West

– “Many people are participating in the “Me, too” social media movement moment, …[but] do not feel pressured to disclose unless you feel that you have the capacity and support to do so. Know that it is OK and that we do this for everyone because we can and have that capacity and support at this time.” — need original source

– “Reframing the question to be about men doing it, rather than women receiving it. Did you harass, intimidate, sexually abuse, verbally abuse, belittle, not give a promotion to, pay less, discredit, cat call, or watch another man do any of these and not interfere? Every single woman I know is a Me Too.” — need original source

– “For every woman saying #metoo, there’s another woman rolling her eyes saying “boys will be boys” and “it’s harmless flirting” and “just ignore it” and “take it as a compliment” and “you should have dressed more modestly” and “you’re just imagining it” and “you’re too sensitive.” Or straight up: you’re lying. This is called internalized misogyny. It’s both damaging and protective. It gives you a false sense of control. We women can love men, like men, joke with men, date them, marry them, be friends with them, be attracted or not attracted to them, be their professional colleagues and bosses, play sports with men, be sitting near men on public transportation, walk by men on the street…AND we can expect them not to harass us. It’s not us against them. It’s us against misogyny.” — Asha Dornfest

– Maybe the best thing I’ve read on this topic — “I have been raped by far nicer men than you.”

– The passive voice has a political effect.

– The full essay is here (NYT), but this paragraph in particular killed me. — “Several years ago, I approached a couple of successful female actors in Hollywood about an idea I had for a comedy project: We would write, direct and star in a short film about the craziest, worst experience we’d ever had on a set. We told our stories to one another, thinking they would be hysterically funny. We were full of zeal for this project. But the stories, when we told them, left us in tears and bewildered at how casually we had taken these horror stories and tried to make them into comedy. They were stories of assault. When they were spoken out loud, it was impossible to reframe them any other way. This is how we’d normalized the trauma, tried to integrate it, by making comedy out of it. ”

– Lots of cussing in this one, and it’s so good — Next-level Rage Stroke: Harvey F***ing Weinstein.

LISTEN: if you know a woman, make her some pasta. Just pick a woman and be like, “Hey, do you want some pasta bc you had to live this week?”

How are you doing? Did you read anything on this topic that resonated with you? Did you follow the #metoo hashtag at all? Do you feel like you (and your kids) are better prepared to respond should it ever happen again? Did you find it all too overwhelming? Can I make you some pasta?