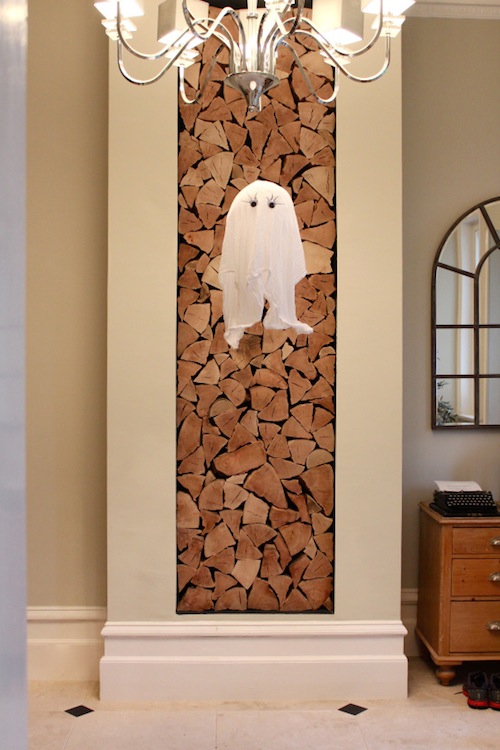 Kate sent me the sweetest, most English note of introduction, offering us all a virtual cup of tea while she takes us on a tour of her 18th Century home in England. Actually, she used the word whilst. Which is exactly when I smiled and knew she would be an enjoyable tea date. And then I saw her kitchen, where I expect we would all be enjoying said delicious tea, and that is exactly when I really smiled and thought to myself, “Oh, everyone is going to have a lovely time on this tour!” It’s true, I hope. Grab your tea and enjoy!

Q: Tell us all about the family who lives here!

A: Where to begin? There’s my husband Al, who by day is a doctor but in his spare time clocks up marathons. A little known fact about Al is that he and his identical twin hold the World Record for the fastest three-legged marathon. Yes, that’s right; they were actually tied together! Their mum even made them a pair of three-legged shorts for it. You can only imagine how interesting a pick-up line that was when we met! Then there’s me, a working mum and twilight blogger, juggling those roles somewhat precariously. 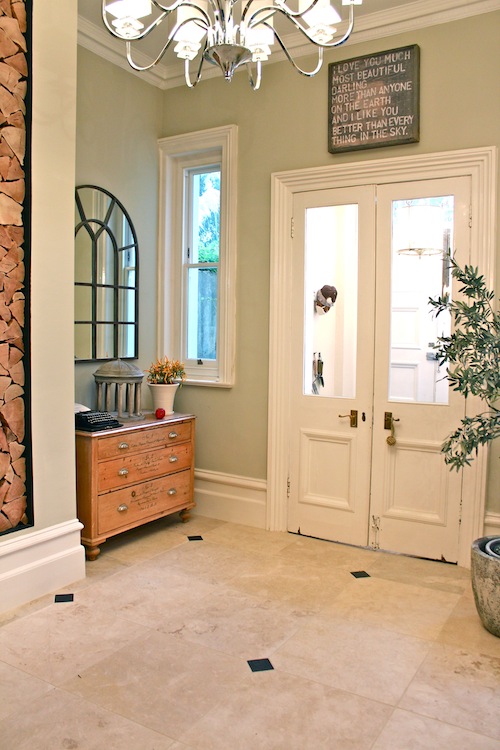 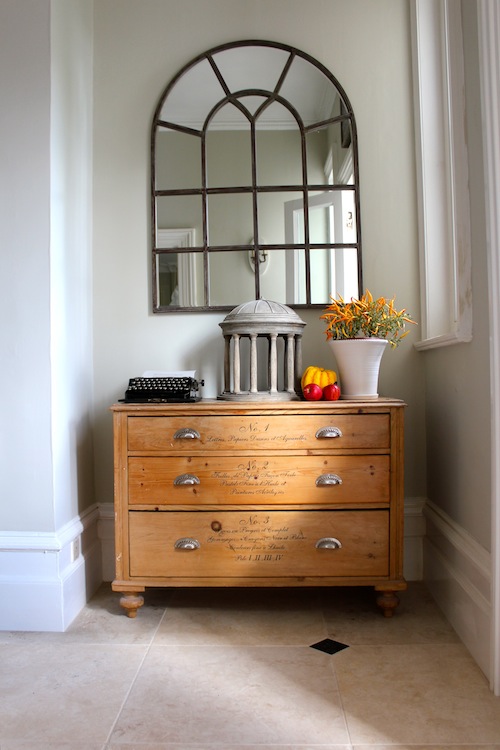 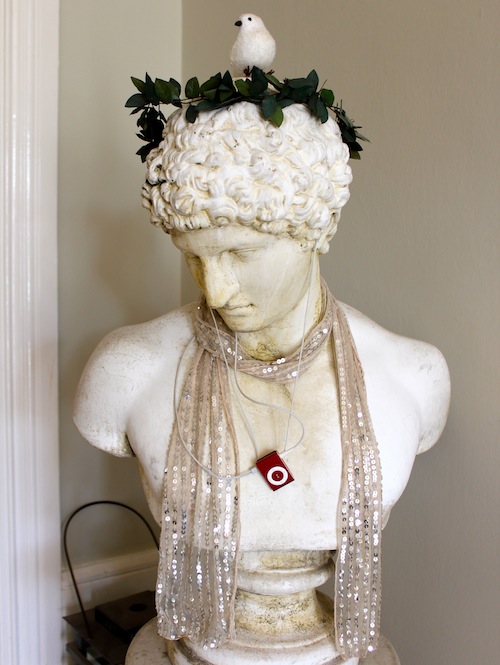 Finally, and most importantly, there is Harry; a two year old bundle of fizzing enthusiasm and joie de vivre whose current ambition is to grow up to be a fireman-builder-Spiderman-truckdriver. Harry’s also convinced that a family of owls live inside our chimney, so we should count them in, too. And because Harry began secretly leaving out little bowls of Cheerios to feed the owl babies, we now have mice, as well. So quite a houseful!

We’re a typical, modern, blended family, so we’re also lucky enough to have frequent visits from Harry’s much older brothers and sister during trips home from college and traveling; they sleep in the room next to Harry and from the moment they crash through the door Harry is in heaven. 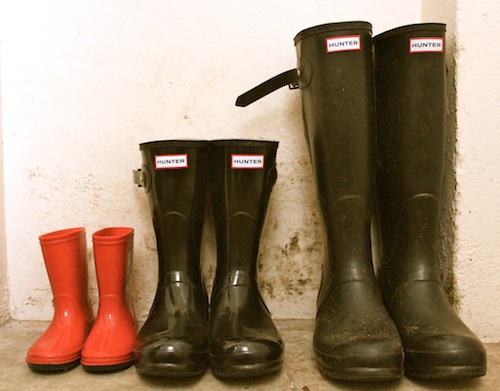 Q: Where do you make your home?

A: We live in a little village on the edge of London, England, in a house that was built in the 1700s and has had many lives, including a stint as a military hospital during the war and even a film studio in the 1950s. Our neighborhood has an eclectic bunch of houses – and people – and we love the diversity and the community that comes from living in a village. 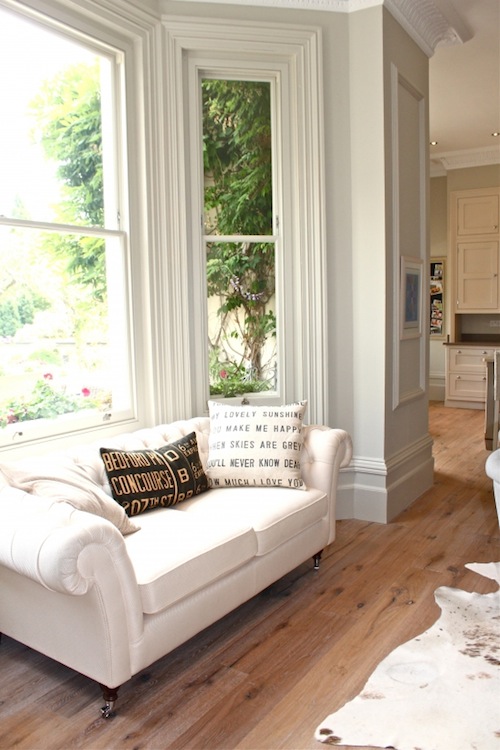 Q: I love how your bio reads “We have just begun restoring a big old house which is quietly falling down around our ears.” Is it that bad?

A: Yes I guess it really is that bad! We just had the windows all replaced ready for the winter, but before then guests used to arrive and put their coats on as they came through the door. It was so drafty, I kid you not. The day we moved in, last Christmas, we found the previous owners had carefully removed and packed all of the light fittings, plus our removal van got lost, so we spent our first night sleeping together on a mattress in the hallway in pitch black. We were too excited to go anywhere else, and a bottle of champagne and supply of candles helped us make it through that first night. 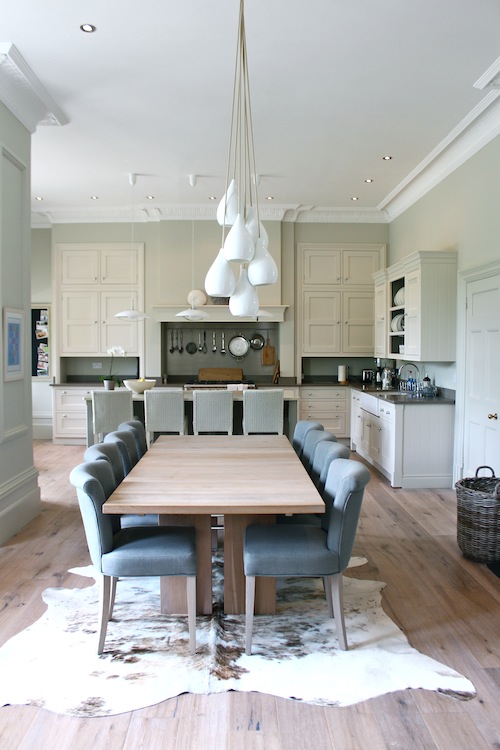 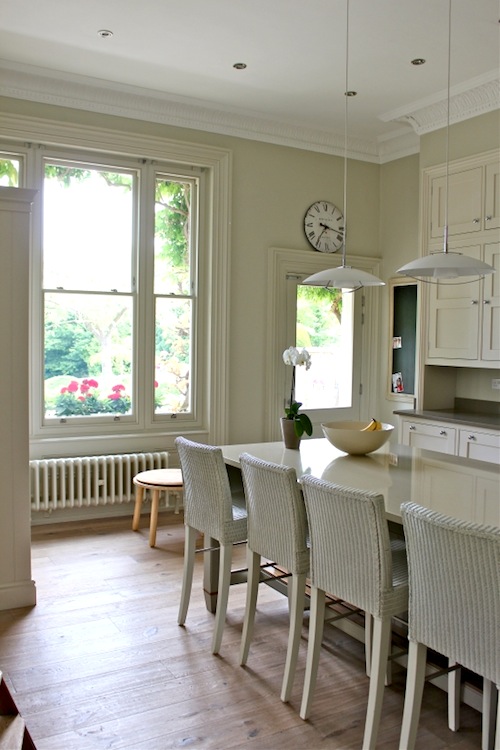 Our biggest renovation to date has been of our kitchen and dining area, which we now love. We wanted to create a huge family space big enough to cook, eat, share important news, and even race around on a scooter, and I think we just about managed it.

Q: What are your short-term and long-term goals for the renovation? Is this your forever home?

A: We’re taking it one step at a time (not least because of the need to earn the cash to do it!), and our biggest learn has been to live for a while in each space before deciding what to do. We’re gradually working our way around the ground floor before we tackle bedrooms and bathrooms. We’re convinced this will be our forever home so we have all the time in the world to get it right! 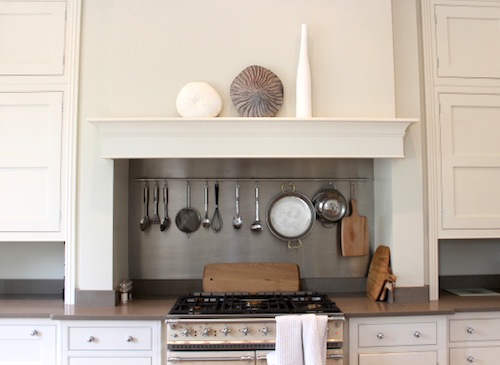 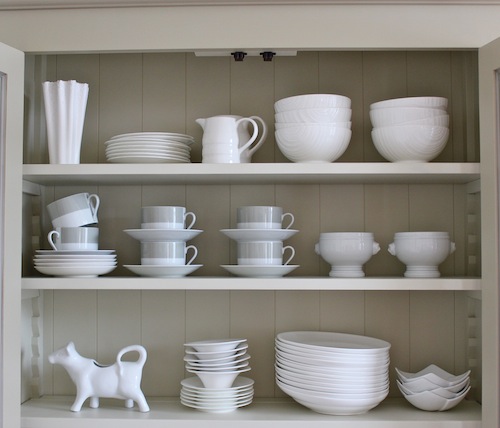 Q: Are renovations stressful with a young boy running around? How do you handle the upheaval?

A: They can be, particularly with one so curious and inquisitive as Harry! He’s into role modeling at the moment so if we’re striding around with paintbrushes, hammers, and drills, you can bet Harry wants to be, too. For Christmas, I’m making him a pretend play Hardware Store. He’s so familiar with them by now that it’s become little boy heaven to play there! 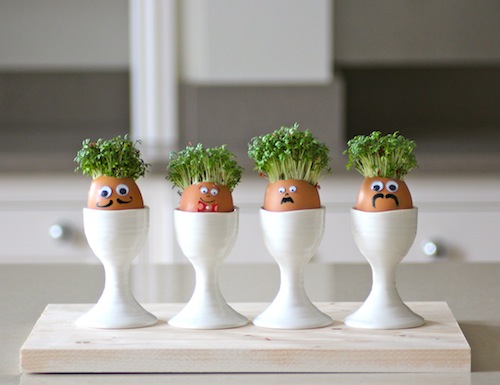 In some ways it’s harder on us. Coming home from work to a house in complete disarray with missing walls and gale force winds blowing through it is tough, so we frequently call DIY amnesties where we stop all work and just live for a while in a peaceful, reasonably tidy house.

Q: Your DIYs leave me speechless. Where do you find inspiration? And what’s your motivation? (I imagine it’s making amazing things for your son!)

A: Gosh, thank you so much! I’m blushing! You’re right; my motivation is Harry. Initially, I created things for him as a way of channeling the intensity of the love I felt for him. A sort of ‘I’m-overwhelmed-by-how-much-I-feel-for-you-so-let-me-attempt-to-transform-this-heap-of-cardboard-into-something-to-make-you-smile-with-delight’ and then more recently it’s become something we do together, which makes it even more fun. 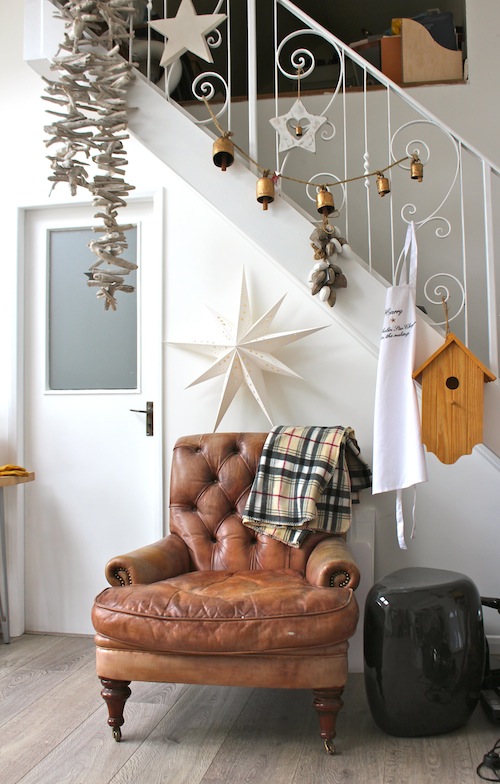 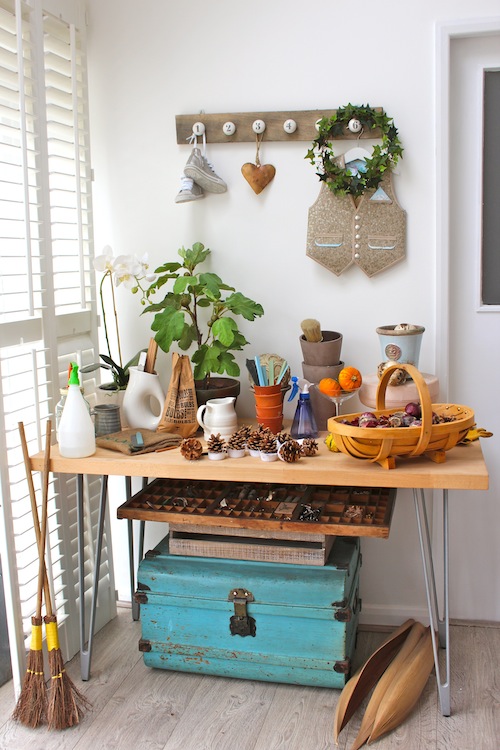 Now, I’ll drag home a piece of junk furniture or a giant cardboard box and say to Harry, ‘What could this be, do you think?’ And maybe he’ll answer ‘A rocket!’ or ‘A pirate ship!’ and we’ll go to work with our brushes and glue sticks. 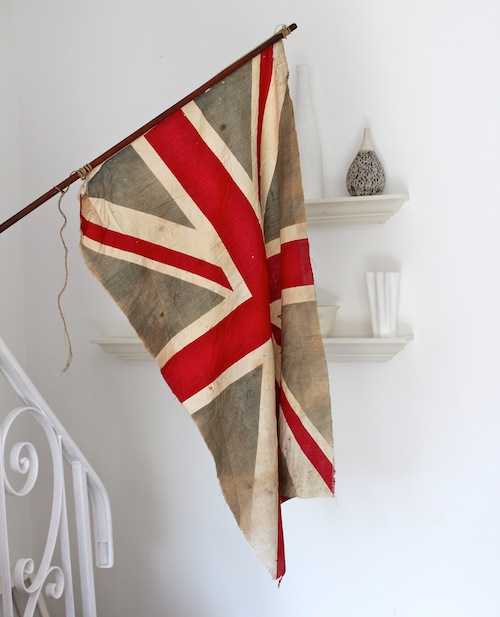 As for inspiration, ideas tend to pop into my head at the most random of times, so I learned to carry a notebook and pencil with me wherever I go. Then I can scribble, draw, and scheme whilst sitting in the dentist’s waiting room, sipping my tea in bed in the early morning, or even (whisper it) in a dull meeting at work. 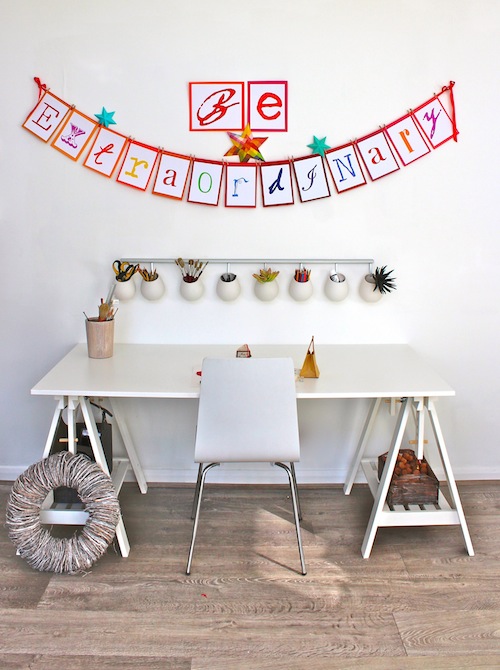 Q: What has been your most well-received DIY project? The one that still makes you gasp and smile when you catch sight of it?

A: Two of the projects I’ve made for Harry which have been most popular with readers of my blog are the play kitchen, and the fairy doors. I think they have a sort of universal appeal! 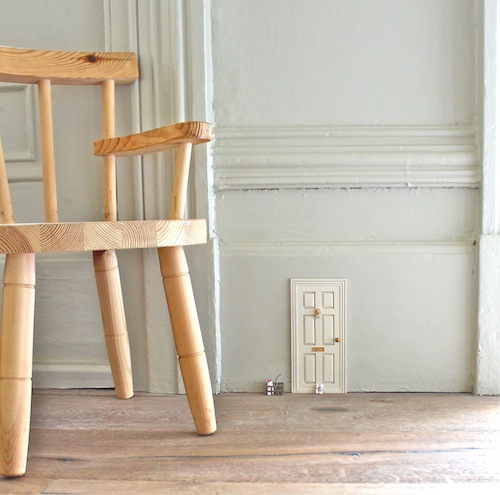 The one which makes my heart catch a little every time though is Harry’s Ark, which was the first thing I ever made for him, and was completed largely during the witching hours of the early morning in those crazy first few weeks of motherhood when the adrenalin is surging, your body has forgotten how to sleep, and every fibre of your soul is shouting ‘l’m a mum!’

I would curl up on the couch with Harry at four a.m., feeding him and watching the kind of mindless TV that’s on at that time whilst sketching plans with my spare hand. When I got more confident about feeding, I even managed to glue lolly sticks together at the same time. It was such an extraordinary time in my life that the Ark – which Harry loves to play with – will always be the most special for me. 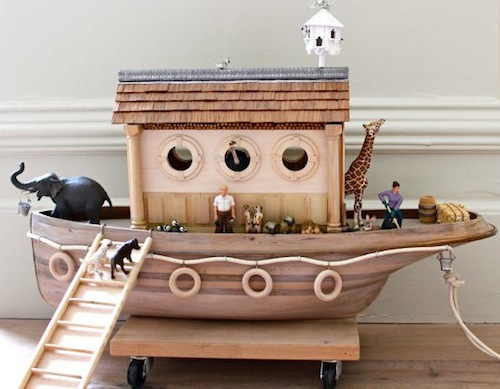 Q: When does your home work best?

A: Ah, when it’s full of people. No question. It’s a house that seems to sing when filled with family and friends. Its age means it’s immune to knocks and spills, and its size means there’s always a nook or a cranny for people to gather in. We spend the most time in our kitchen and dining room; it’s filled with light throughout the day, then we light the log fire in the evening and grab blankets whilst we unpick the day. 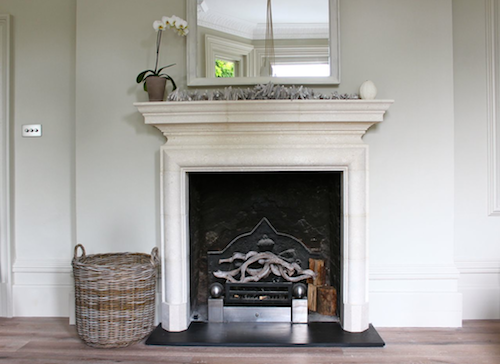 Harry’s favorite room is the playroom, and he spends much of his time persuading us – and indeed anyone who comes to the front door – to come in and play there, constructing elaborate play sets and scenes on the floor. 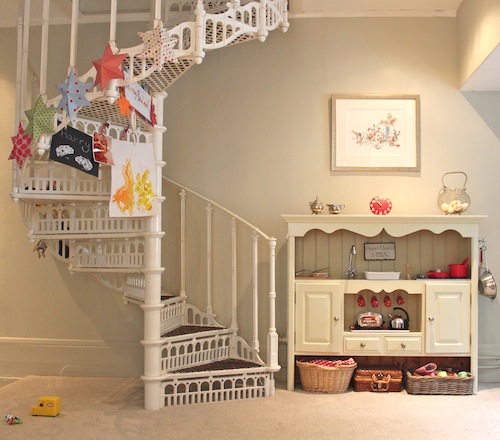 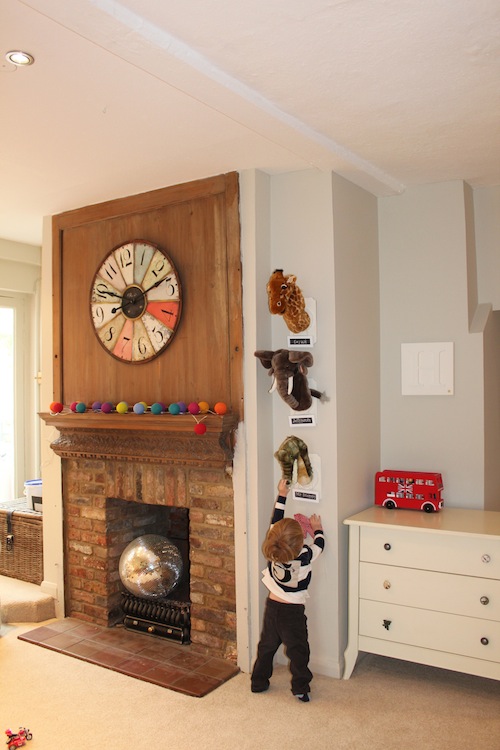 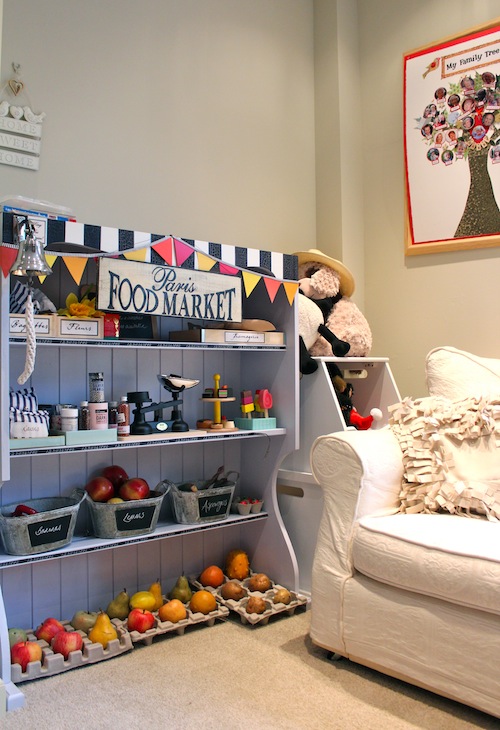 Q: How do you deal with the messes that come naturally with so much making?

A: My husband laughed when I told him this question. Our home lurches between tidiness and complete chaos. On some days, if you walk across a room then by the time you reach the door you will probably find pompom fibers, paper scraps, and sequins stuck to the soles of your shoes, and we often go to work and nursery decorated with a sheer dusting of the glitter which seems to just sit in the air after Harry and I have a craft-fest. I quite like it, but my husband finds it harder to explain away… 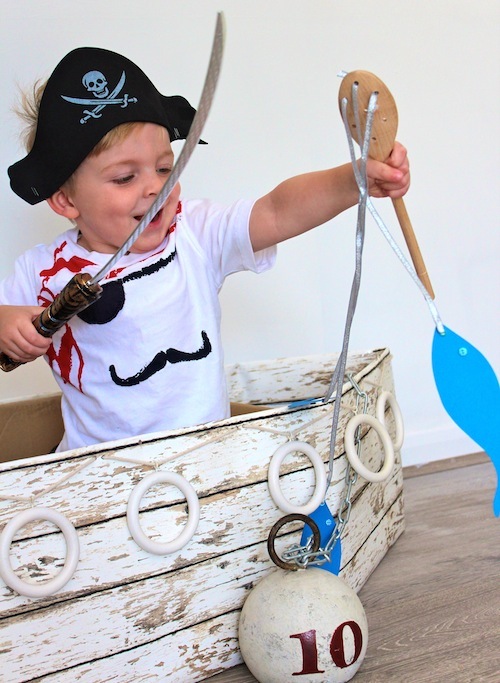 Q: What do you hope your son remembers about his childhood home and the decor you’ve chosen?

A: When I was growing up, we moved house frequently, so I love the idea that this will be the home that Harry associates with the whole of his childhood, and the place where so many memories are created. 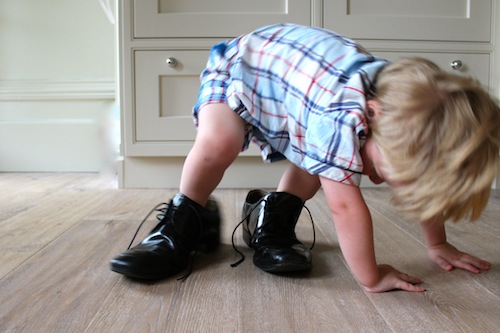 I have visions of him with some long-in-the-future girlfriend, showing her all the places he used to build dens and hide, the place where his mum dropped the can of paint that you can still see in the cracks of the floorboards, and all the sights of minor accidents and scrapes to come.

Probably also the memories we will never know about; the illicit carving of initials into hidden woodwork or the first kiss or first smoke – who knows? (I don’t think I want to!) But if it’s a house he forever thinks about as a grown-up and smiles, then I’ll be happy. 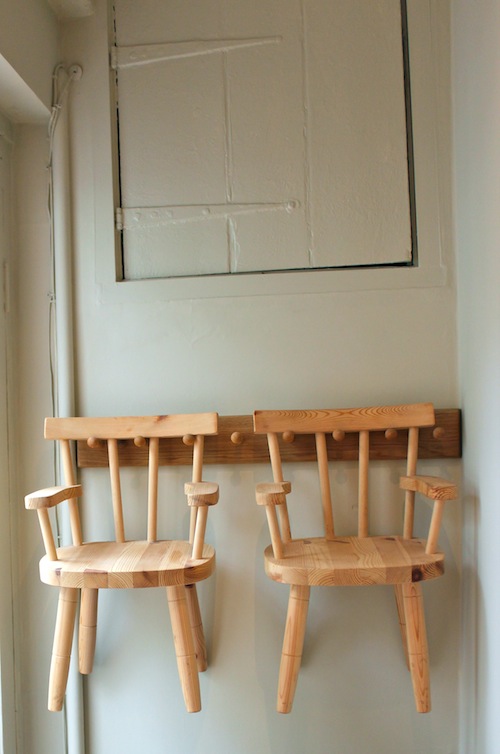 Q: What is your favorite part about living with your son? What do you already miss?

A: Oh, don’t! I’m trying to pretend to myself that he’s not growing up at all! But you’re right…with every new magical leap he takes into boyhood, there’s a corresponding, fleeting sweet sadness in me at what he is leaving behind. I have to say though, these must surely be the wonder years. Every day brings so many new discoveries for Harry, and it’s wonderful to experience life alongside him. It just keeps getting better! 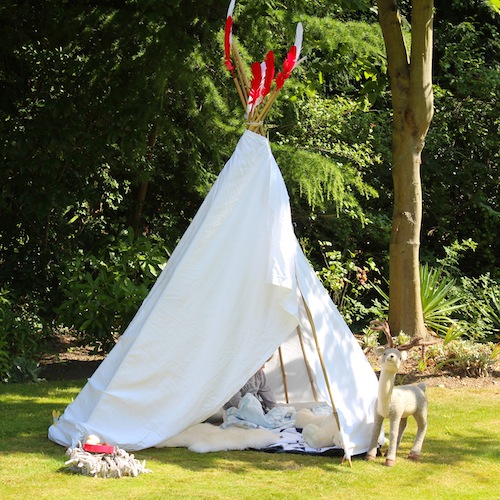 Q: Please finish the sentence: I wish I had known…

A: How completely natural it feels to be a mother. I was so worried when I was pregnant that I would somehow get it wrong. 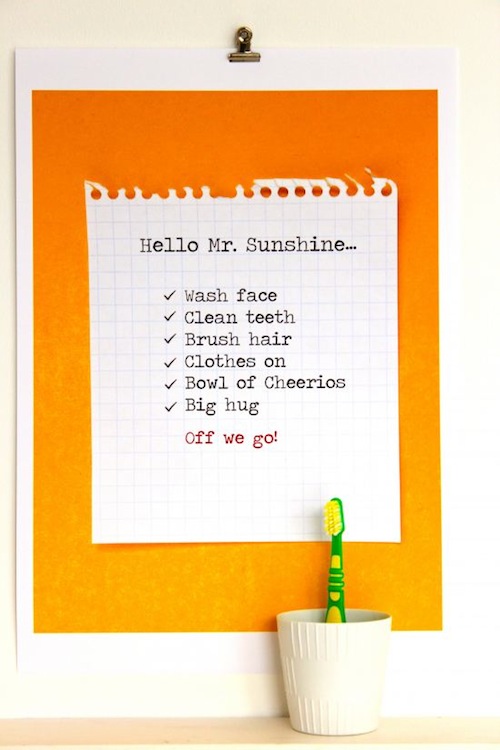 I remember feeling astonished that the hospital were prepared to let me take Harry home the next day without a handbook or a test or anything! But Harry and I learned together, and becoming a mum is the most amazing and natural thing I’ve ever done.

Thank you, Kate! This was a breath of fresh, wonderfully British air! I said it once and I will say it again: your DIY skills take my breath away. Harry is a lucky little guy.

Friends, weren’t you touched by her motivation for her fabulous DIYs? As Kate says so beautifully, “Initially, I created things for him as a way of channeling the intensity of the love I felt for him.” Tell me: What’s the last DIY you made for this very reason?

P.S. — You can find all the homes in my Living With Kids series here. And if you’d like to share your own home with us, just send me a note! It’s a lot of fun…I promise!