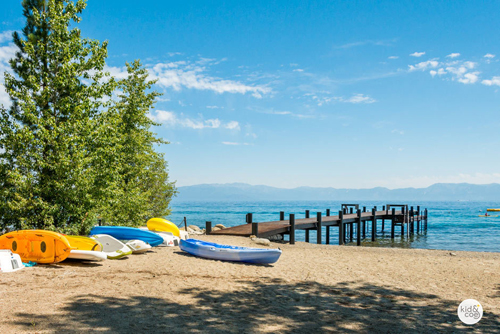 By Gabrielle. The photos are of the home we stayed at, but they’re not mine. I took lots of photos, but it was overcast, and I like these shots from the rental description better. : )

Waving hello from New York! Gosh, I’ve got a lot of travel on my calendar at the moment. (Which reminds me, I’ll be announcing my book tour dates either shortly!) But this post isn’t about New York. It’s about last week’s last-minute trip to Lake Tahoe!

This was a ski trip, and it was the first ski trip we’ve had in over 4 years. We had visited Tahoe last year in the Spring, but this was our first time seeing it with snow. Really, we’re at the tail end of the ski season, and it feels like spring/summer in the rest of California, but in our minds, this was a winter trip. We built fires, hung out in the hot tub after skiing, and did a whole bunch of baking. 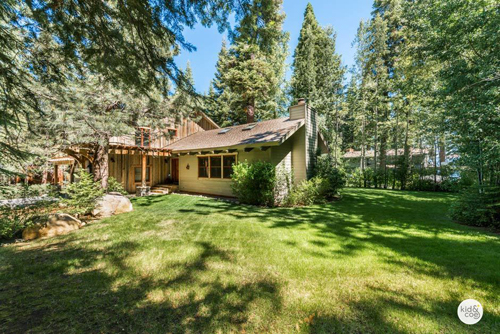 There were two big things that I’ve been thinking about from this trip. One, is that all of my kids now know how to ski. I feel like I’ve passed some sort parenting stage. Hah! Before this trip, June had never skied before, but we enrolled her in ski school and she really took to it. On the second day, they moved her up a class because she was doing so well. (Those are definitely not my genes!) Obviously, she’s still just a beginner, but she had a fantastic time. It won’t be long until she’s spending the day skiing with her older siblings.

I don’t know if I’ve ever mentioned it, I grew up skiing, but I don’t enjoy it. I’m not sure what it is. I’ve spent many winters of my life skiing, and just have no interest. I think the last time I willingly skied was in college. So last week, while the rest of the family hit the slopes, I spent the days in the lodge catching up on work, and being a drop-off location when my kids wanted to shed their layers. I’d meet up with everyone for lunch and then get back to work. 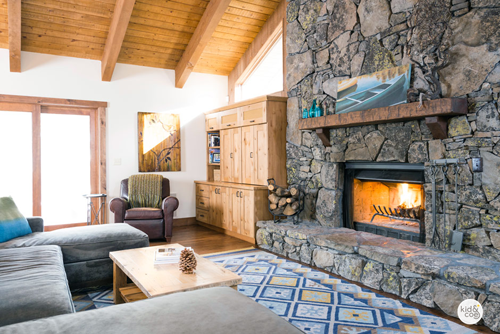 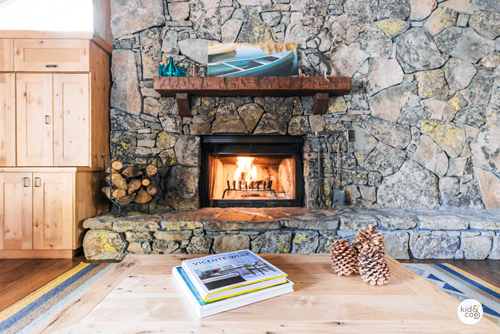 But there was something about seeing June ski that made me think I might enjoy skiing in the future. I can picture the whole family on the slopes together, and I like that picture very much.

Anyway, the second thing I noted about the trip is that we felt like we really scored on the location. The house is a rental that we originally found on Kid & Coe. As it turns out, I ended up getting introduced to the owner, Domonique of The Simple Proof, who lives in the Bay Area. When she had a unscheduled week come up for her Tahoe place, she generously offered it to us, and we dropped everything and made the last-minute trip happen. And we’re so glad we did! 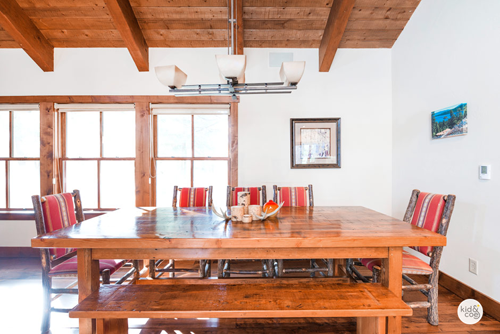 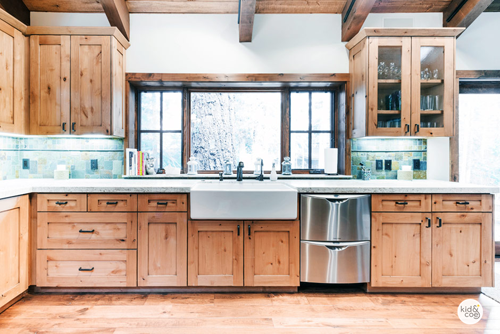 The house really was perfect (you can see more photos of it here). It was easily roomy enough for our big family. Every one had their own bed, with extra sleeping spaces to spare. There was a big gathering room where we could watch movies and play board games, and an oversize table that could seat everyone. The kitchen had every tool we could possibly need and except for one night of ordering out for pizza, we did all our cooking at the house.

But the best part, is that the stunning lake was just down the path. After skiing, it was still light enough that we would walk down to the lake to skip rocks, or explore, or just hang out on the dock. And it was so easy to picture how amazing this same house would be in the summer. 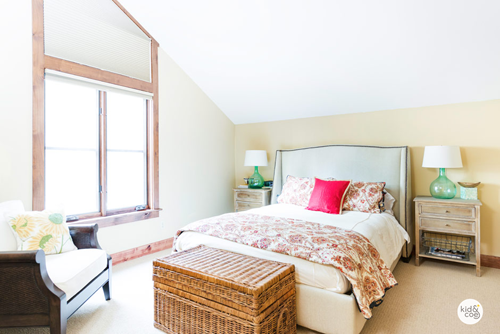 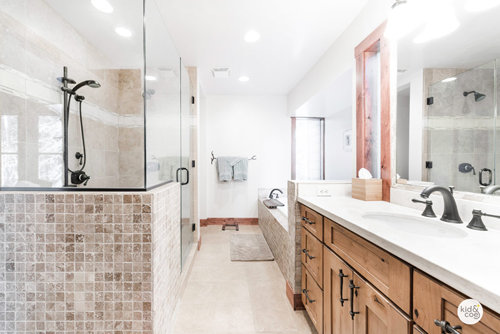 One of the biggest traveling challenges my family has is finding accommodations that really fit us — not just enough beds, but a place where we can all hang out together. So when we find a location that seems to solve the where-to-stay puzzle for us, it feels like we’ve found a treasure! After a couple of days at Domonique’s house, we were already talking about scheduling rental dates for the summer, and then again for next winter, and making it a regular thing. The idea of planning a vacation and not having to think about where to stay — to just already know! — seems like the most amazing thing ever.

Anyway, I’m curious about several things: Do you ski? Do your kids ski? Is there anyone else out there like me who has skied a bunch but isn’t a big fan? Have you ever been to Lake Tahoe? Do you have a favorite season there? And how do you handle vacation accommodations? Do you return to the same spot over and over? I really like that idea!

P.S. — I mentioned Kid & Coe on Instagram and received a few emails about them. I’m not sure if I’ve ever told you about their services, but we’ve become big fans. They offer airbnb-type rentals, but they focus only on family-friendly spaces, and they only list really good ones. No duds!