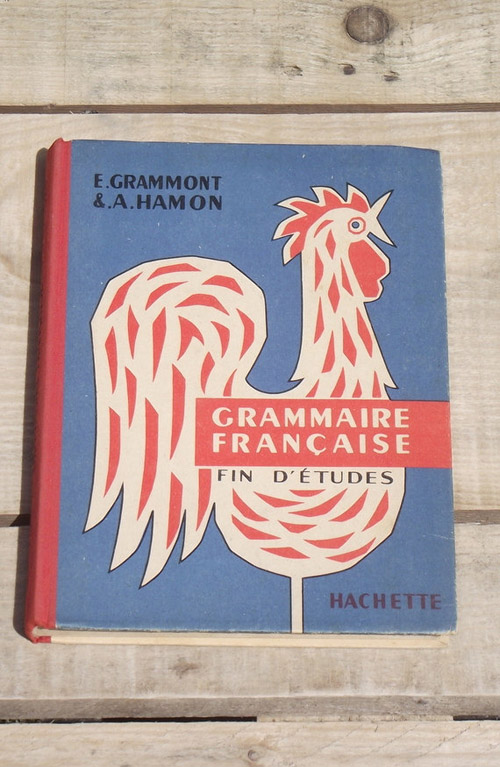 Today is one of the first really warm days of the year (really warm in Normandy means low 70s : ) and we’re starting to think about summer. But alas! It’s not time yet. The school year here goes all the way through June!

So I thought it would be fun to share one more update about our educational experience in France, before the school year ends and we move back to the U.S.. And if you’re curious, here’s a link to earlier posts about French school. I’m going to try and cover topics I haven’t mentioned in earlier posts, and this time, most of the updates relate to middle school — because 3 of the kids, Ralph, Maude & Olive, are all in middle school.

– One thing that it took us awhile to realize: at our middle school and high school, called college and lycée, there are no substitute teachers. If the teacher can’t make it that day, they just don’t show up. The students will be in class, and if the teacher hasn’t shown up  a few minutes in, the Class Delegate will go to the office to find out what’s up. If the office informs them the teacher is out for the day, the students will go to “perm” which is study time. (Fun fact: Oscar is his class delegate. He had to prepare a speech — in French, of course — on the voting day. So cute!)

– Sometimes the grade-level curriculum in the U.S. and France align pretty well, but other times, they don’t. After 2.5 years of school here, we’re predicting our kids will be ahead of their American peers in topics like history and geography, but behind in other topics — for example, our school doesn’t seem to have any sort of advanced math program.

– Related, both Oscar and Betty have learned to read since we moved here. They learned simultaneously alongside their French peers. This means that at the moment, they are both stronger readers in French than in English. We will of course, have to be mindful of this as they transition back to American schools.

– Ralph is currently in 9th Grade, which is the last year of middle school here in France. Like all of his class peers, he is gearing up to take a big test, called the Brevet des Collèges, in order to see if he can qualify for high school. From what we understand, if students fail the Brevet de College, they repeat a grade. If a student fails the Brevet de College 3 times over 3 years, they go to a career-finding class instead of high school.

– Related to what I just mentioned about the tests, we’ve noticed there doesn’t seem to be much shame attached to repeating a grade. In our experience, ages and grade levels are far more fluid here than they are in the U.S. For example, in Maude’s class, there are kids from 13 to 16, and no one bats an eye.

– Our school is strict about screens. Personal iPods and cell phones get confiscated for 2 weeks if students are caught using them.

– Something that took my kids awhile to get used to: Schools here don’t have drinking fountains. And really, that seems to be true for France in general (though these are an exception). On the first day of school, when we first moved here, Ralph asked about a drinking fountain and the kids directed him to the bathrooms where they leaned over the sink and got a drink from the faucet. But our kids eventually realized that none of the kids drank anything outside of regularly scheduled meals. No carrying water bottles around, and no water breaks between classes. It’s not like it’s forbidden, it’s just not something that’s done.

– I may have mentioned this before, but smoking is common among students in college and lycée (middle and high school). It’s not allowed ON campus, but if you’re on the sidewalk just outside the campus gate, it seems to be fine. The students don’t pretend to hide it from adults, or even their teachers. There doesn’t seem to be much fuss about it at all.

– In our school, the junior high and high school students move from class to class, but they move as a group. They are with the same group of about 30 kids throughout the year.

– Instead of counting up to 12th grade from kindergarten, grade levels in France count down to the Bac (the big deal test you take as you finish lycée). For example, 8th grade is called quatrieme (4th), 9th grade is called troisieme (3rd), etc.

– Our children have become used to the looong lunch breaks and the multi-course meals served in La Cantine, the school cafeteria. I think transitioning back to 30 minute U.S. school lunch may be a shock to their systems. : )

– Olive mentioned that there’s not really a “popular” group, in the same way that there are “popular” kids in American schools. Partly, this is because students switch schools often — though usually not mid-year. It’s not uncommon for students to try a different school every couple of years.

– Related, there is really zero focus on a “school identity”. There are no mascots, no school teams, no school colors, school songs, or any sort of school rivalries. All sports are done at the community level or on private teams. The strongest identity demonstration happens when there’s a town parade and the kids walk behind a school banner.

– But that doesn’t mean no sports happen at school. All the students take gym and are exposed to lots of different sports. Badminton, ping pong, and football (meaning soccer) are super competitive. And recently, our school installed new sports equipment: rugby goal posts and basketball hoops.

I hope you enjoy these school updates. Hopefully, if you read them all, you’ll have a good sense of our educational experience here.

P.S. — For those of you who are curious, all 5 of the older kids are fluent in French now, with varying levels of accent. And this week, little June’s babysitter mentioned she has started speaking French with the other toddlers. So cute!