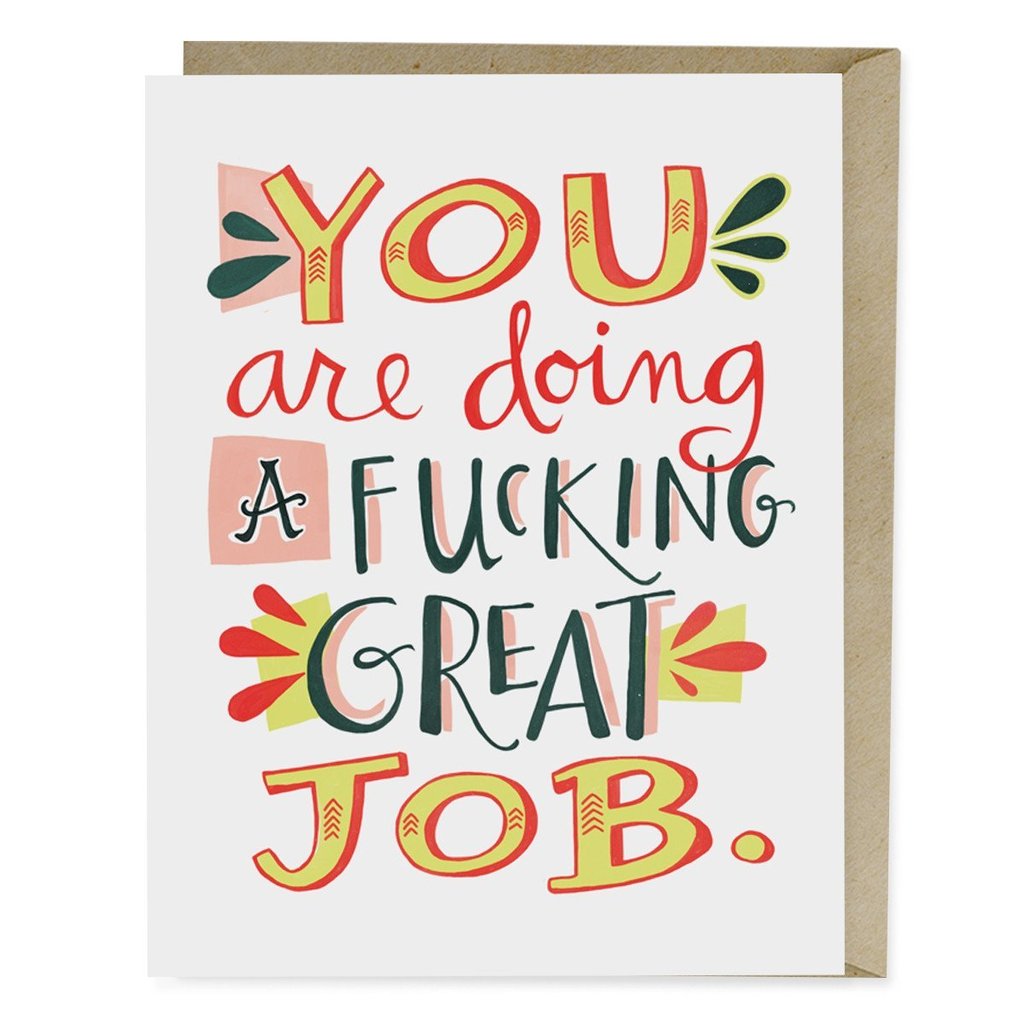 Last week, Rep. Rashida Tlaib used a curse word when she referred to the President. It was big news. In fact, by Friday, her cussing had received five times more coverage on cable news than Rep. Steve King’s questioning of why white supremacy is considered offensive. I have a few thoughts:

1) When I read things like that my first instinct is to swear more. It’s clear to me that expecting women to be “ladylike’ often just means we expect them to not speak at all. I think women need to speak more, and if cussing means they get heard, then I say cuss your heart out.

2) Based on the comments I read in response to opinion pieces about Rep. Tlaib’s cussing, lots of people — in both political parties — felt she should not have used language like that. Many claimed their reaction wasn’t related to the fact that she’s a woman, but I have a hard time believing it. I think we hold women to impossible standards. I agreed with this line from Michelle Goldberg’s piece: The hysteria over Tlaib’s four-syllable word is like a warning to them, and to all the women just starting their careers on the national stage, not to show how livid they really are, to stay in line.

3) I think part of the overreaction to Rep. Tlaib’s language, is that language changes, and like everything else, language changes seem to accelerate with the internet. It’s got to be a pretty exciting time for linguists and dictionary writers. : )

I remember when we moved to New York, I was shocked the first few times I heard the f-word used casually at work. You might think it’s because I grew up in a small Mormon community, but that’s not it. During college I had worked in Southern California, I had worked in D.C., and I never heard the f-word used at work. But at that time in New York (about 17 years ago), the f-word was different than it was in the rest of the country. It was used differently, and it held a different weight and different meaning. It was sprinkled into conversations and often didn’t intend offense.

From what I can tell, the New York f-word has now migrated to the rest of the country. As an example, Emily McDowell’s famous greeting card (pictured above), which was designed maybe six years ago, is carried in fine shops everywhere.

Does the f-word being used more casually mean the world has gone to the dogs? Not to my mind. I think our culture in general has become more casual — the way we dress, the way we talk. But I don’t see that as a moral issue.

4) Personally, I don’t do a ton of swearing. As a parent, I’ve been careful with my language. I didn’t grow up swearing much and it’s never been a big thing for me. In fact, sometimes as an adult, I have felt silly when I swore, like I was pretending to be someone I’m not. But as my kids have gotten older, if they hear me cuss now and then, that’s fine with me. I suppose I don’t want them to feel like they need to be really careful with their language around me. I want them to talk the way they actually talk.

Even at young ages, I certainly haven’t wanted my kids to be afraid of words. We’ve always been open about what the cuss words are, and why they’re considered offensive.

5) Ultimately, I find if I’m offended by words, it’s the beliefs behind them, not the cussing, that puts me on edge. Again from Michelle Goldberg’s opinion piece: When Trump called athletes who knelt to protest police brutality “sons of bitches,” the problem was bigotry, not salty language. When he was caught boasting about sexually assaulting women, the issue wasn’t that he used a slang term for female anatomy. It’s Trump’s foul actions and ideas, not his swearing, that make him a walking obscenity.

Related to that, my reaction to seeing someone flip the bird is usually laughing. I mean I know it’s intended to be offensive, and I totally understand that it truly offends some people. But for whatever reason, it just doesn’t seem to rile me up. Which reminds me, did you see the video called The Most Intense Fight I’ve Ever Seen? (Before you click, know it has lots of middle fingers.) It makes me laugh so hard.

Your turn. What’s your take on cussing? Are you careful with your language? Did your parents swear? Have your kids heard you cuss? If your kids ask you what the f word is, does it stress you out to tell them plainly? Does the Emily McDowell card bother you? And what do you think about all these female candidates for President? Will we expect them to be always ladylike? Will we give them space to be angry?

76 thoughts on “Cussing For Ladies”