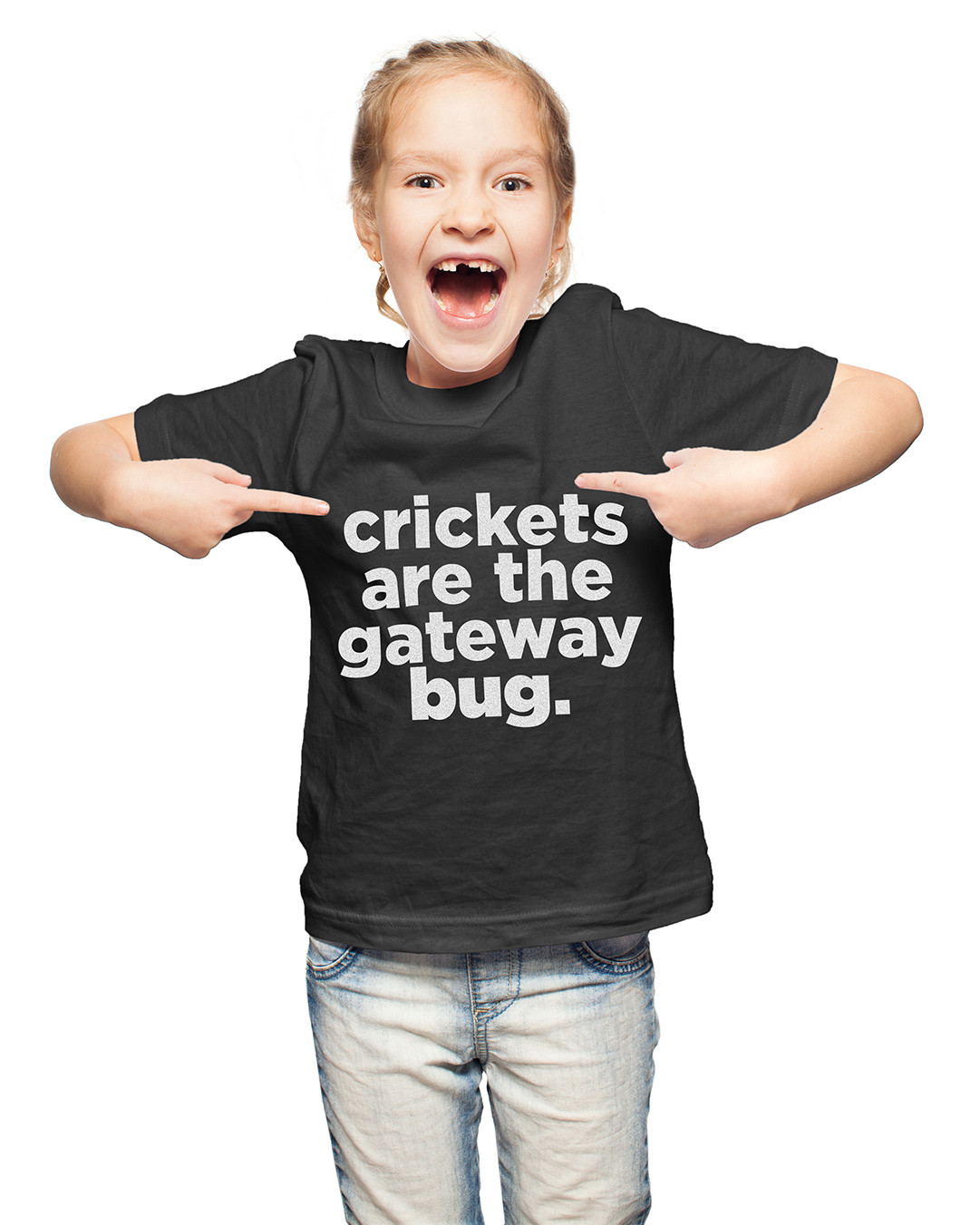 “Nobody likes me, everybody hates me, guess I’ll go eat worms.”

Do you remember that song? Did you ever hear it as a kid? I have no memory of the context around it, (where did it come from? why were we singing it?), but it came to mind when I was reading about new cooking flours and powders made from crickets.

Apparently, the flours can be used to add extra protein into baked goods, beans & rice, pancakes, and dinner dishes. The description on a bag of 100% cricket powder says: Cricket contains twice as much protein as beef, as much calcium as milk, as much Vitamin B12 as salmon, and 17 amino acids, including Lysine. I’ve seen cricket snack chips and protein bars too.

The powder is said to be incredibly high in protein, but requires much fewer resources to raise than other types of animal products. And I suppose there could be less of a meat-is-murder guilt factor for some people when eating bug protein than they might experience eating beef or pork. (Though who knows. Is it morally better to kill 1 chicken or kill thousands and thousands of bugs? I don’t pretend to have an answer.)

Predictions are that eating bugs will become a totally normal thing here in the U.S.. From this article:

“A growing need for more food sources as well as a desire to treat animals more humanely have proponents predicting entomophagy, or eating insects, will eventually spread more heavily to western and developed countries. They envision pancakes made with cricket flour or falafel chocked full of mealworm goodness will be just as desirable as sushi.

“Sushi took 30, 40 years to really become a normal thing, but kale took like five years and kale’s not even very tasty,” said Allen, head of Austin, Texas-based Little Herds, a nonprofit founded to educate the public on the nutritional and environmental benefits of edible insects.”

I haven’t yet tried any foods made mainly with insect protein (or if I have, I’m not aware of it), but I’m open to it. At least, I’m open to a processed version of insect protein that doesn’t look bug-like in any way. I know there are places in the world where eating bugs in their natural bug form is not unusual, but I doubt I could personally ever get used to that. A powder on the other hand, I can probably handle.

What’s your take? Does the whole idea of insect-based flour gross you out? Would you eat a cookie made with cricket flour? How about your kids? For those of you who are vegan, do you classify insect-based food the same way you classify animal-based food? Or is it in a different category? And what do you think of the predictions? Will we all be eating cricket powder food in the next few years?

P.S. — I read that if you have a crustacean shellfish allergy, you may be sensitive to crickets. Also, Gateway Bug tshirt found here.

30 thoughts on “How Do You Feel About Eating Bugs?”