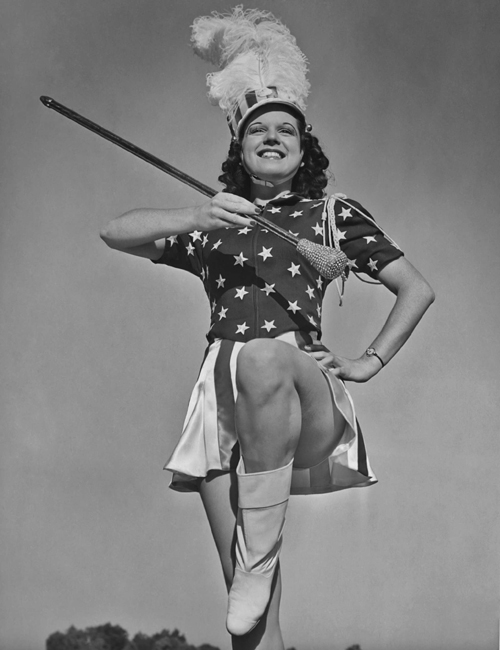 A couple weeks ago we discussed the advantages and disadvantages of having your kids focus on one particular activity and getting really good at it, versus more casually trying a lot of different activities. Related to that discussion, I’ve been thinking about small schools versus big schools and the opportunities they offer.

It’s actually been an ongoing topic of conversation at our house for ages, but especially since Memorial Day, when we got together with our dear friends, Becky and Rob Lattin (parents of 7 great kids).

We know the Lattins from Colorado. While they lived there, their teens went to Arapahoe High School, which is quite big — approximately 2200 students. But about a year ago, they moved to a tiny town in Idaho called Weiser. It’s the town Becky grew up in, and now her kids attend the same high school she did.

The two high schools — Arapahoe High and Weiser High — are very different, and we were discussing what that meant for her kids, and what she remembered from her own experiences as a teen. I’m going to talk about both high schools, but I want to note that it’s all secondhand, because I’ve never had personal experience with either school. These notes and thoughts are just what I remember from my conversations with Becky, and if you know the schools, and I’m getting some details wrong, then I apologize in advance. : )

Arapahoe High School is an excellent school with high achieving students and a modern, up-to-date facility. The school has a ton of resources (including its own pool) so they can offer every team sport under the sun, a slew of AP classes, an excellent theater department, and lots of performing arts opportunities. But it’s also very competitive. For example, our nephews went to the same school and I remember being shocked to hear that they hadn’t made the school soccer team. They’re natural athletes, they’ve played on soccer teams since they were teeny tiny, and they practice hard. They’re really good soccer players–like maybe intramural champions at BYU? But apparently not good enough to make the team at Arapahoe. It’s that competitive.

Weiser is much smaller with not quite 500 students. People don’t necessarily choose to go to Weiser, it’s simply the default because it’s the only high school in town. Certainly, Weiser doesn’t have the same resources or campus as Arapahoe, but happily they do offer a wide range of sports and other extra-curricular activities. Though instead of competitive tryouts, at Weiser, to join any team or group or club, you pretty much just show up. Never played tennis before? No worries. You’re still on the team!

Becky mentioned that when she was a Weiser student, she participated in a ton of school activities and felt like she got the chance to excel at all of them — she was captain of the cheer squad, a school leader and an excellent student. She said high school gave her a lot of confidence. When she got to college (she went to BYU, a big campus with 30,000 students), she said she came in with the same confidence, but learned that maybe her Weiser experiences in excellence were relative.

She and a friend decided to go to the BYU cheerleading tryouts and when they got there, Becky was a bit wide-eyed and shocked. The tryouts were incredibly competitive, and many of the women trying out were super serious athletes with professional-level gymnastics skills. Becky’s experience on the Weiser cheer team had been a little different. A little more small town. And she could see that she wasn’t at all prepared to compete at the level needed to make the BYU team.

On the other hand, she was struck as she watched her own teenagers adapt to high school life at Weiser. She encouraged them to try out for lots of teams and groups, but based on their experiences at Arapahoe, they hesitated, feeling they weren’t good enough or competitive enough to even try out. Eventually, they learned that they could try pretty much anything they wanted at Weiser, but it took awhile to open up their confidence.

Watching and living all of this has left Becky wondering. Was it an advantage for her to attend a small school and feel like the queen of the town? Even though she found out later that being “the best” means different things in different places? Or was it a bigger advantage for her kids to attend a world-class school like Arapahoe, where there were tons of resources and the programs were excellent? Sure, maybe they didn’t make the football team, but the clubs they did participate in (like cross-country) were high quality and the kids had access to amazing coaching, and excellent performance at Arapahoe was probably a more objective gauge of excellence.

That wondering got us talking about Malcolm Gladwell’s book, David & Goliath, which has a section comparing being the big fish at a small school and being a small fish at a big school. The example I remember most is about kids that make it into Harvard for undergrad but that find themselves at the bottom of their class rankings once they get there. These are some of the brightest kids in the country, but they end of feeling like losers being they’re not the top student. If they had chosen a smaller school or a less-competitive university, they would likely still be at the top of the class and continue with the confidence they learned in high school. (Have you read the book? I enjoyed it.)

Our conversations got me curious. I know for most of us, we’re not making a choice between a big, highly-rated school, and a tiny small-town school, but if we did get to choose, what would you prefer? What would you have preferred for yourself as a teen? And what would you prefer for your own kids? Also, can any of you relate to these different high school experiences? Do you have other thoughts to add to the discussion?