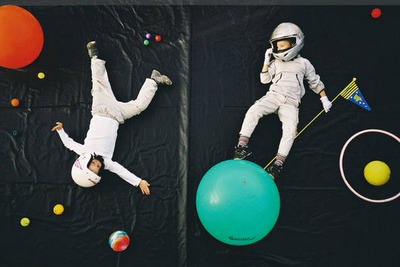 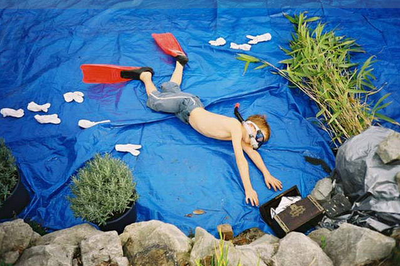 He also refers to loads of interesting thinkers and philosophers. People like MacIntyre, Dewey, Rousseau, Van Manen, Plato and on and on. The whole thing is very impressive and academic, as it should be. He’s worked incredibly hard on this for an incredibly long time. In fact, we originally moved to New York, over 6 years ago, so he could accomplish this very thing.

And unlike his fellow students — or even professors, in most cases — he’s done this worthy thing while also adding three kids to the family of four we had when he started. While taking turns as primary bread winner and stay-at-home dad as needed. While teaching 3 of his kids to ride a bike and snow ski. While being an exceptional father. An exceptional husband.

He even sends me cool links to share with Design Mom readers. Just today he sent a link to these too-great-for-words photos by Jan Von Holleben.

Ben Blair is a good man. No doubt he will do an amazing job tonight (but feel free to wish him luck anyway). And then he’ll have a PhD from Columbia University. And then I’ll call him Dr. Ben Blair.

Tonight, after his defense, he is meeting me at Grand Central Station and we are heading to a hotel for the weekend. A well-deserved weekend without any kiddies. So I won’t be here tomorrow. But I’ll be back Monday (well rested!) with big news about my week of Holiday Giveaways. 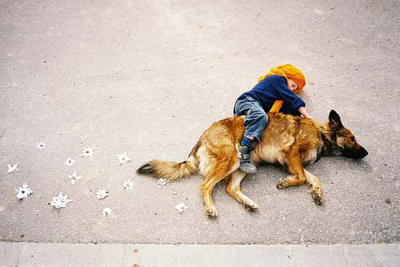