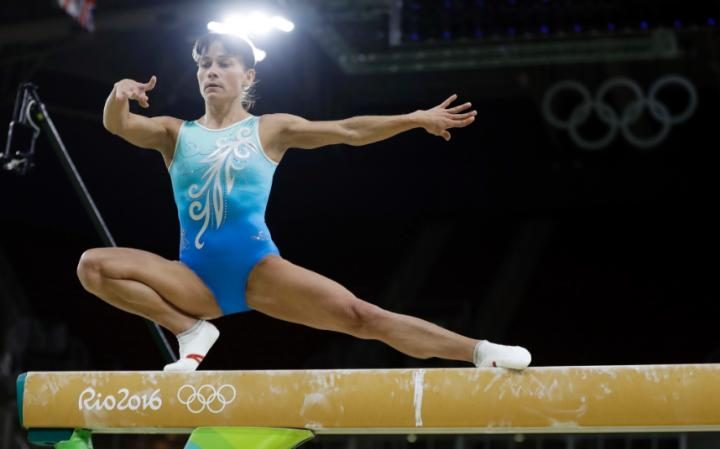 I’m thinking of the Olympics today. Have you been watching? It’s fun and funny to watch it from France because it’s a whole different perspective — obviously the coverage is focused on the French athletes, and I’m getting to see events that I didn’t even know were part of the Olympics (hello, handball!).

Watching the games has reminded me of a topic that’s crossed my mind over the last year. I’ve been thinking about the benefits and disadvantages of being really focused and really good at one thing, versus being okay/fine/good at lots of things. I know there are some people who figure out a specific passion at a very early age. And of course there are parents who pick an activity for their young child, and the child ends up being amazing at it.

I guess I wonder how often it’s the first case (the child choosing), and how often it’s the second case (the parent choosing). I’m thinking of kids who grow up as almost full-time athletes or musicians or actors, with parents who started them on that road as babies or toddlers. Do the kids only love it because it’s all they’ve ever known? Would those kids have found the same passion on their own later in life (like as teens)? And would it be too late to really become amazing at it?

It seems like one of those tricky things, where windows of opportunity close to our kids before we even know the windows exist. If your 15-year-olds are watching the Olympics and wishing they were on the gymnastics team, even if they are willing to work like crazy, they’ve pretty much missed the window to participate in gymnastics at an Olympic level. (I realize there are exceptions, have you been following the 41-year-old?)

So as parents, if we want to give our kids a better chance at being world-class at something, do we try and guess what they might excel at, and then focus on that thing from the time they can walk and talk?

At our house, we’ve definitely done the try-it-all thinking. For example, music lessons. Our kids have taken, and continue to take, a whole bunch of lessons throughout their lives. So far, we’ve done cello, violin, piano, trombone, clarinet, trumpet, guitar, voice and ukulele. Four have been in the school band. Three have been in the school choir. They all love to play, and some even love to compose. Family jam sessions are not unusual. But I don’t think any of them think of themselves mainly as a musician. Should we have chosen one instrument for each of them at an early age and required them to focus on that one option until they were proficient? Should we be pushing them toward a career in music? (I’m not feeling regret or guilt here, just curious.)

I don’t have an answer to the question I’m asking. It’s just something I think about. And I hope I’m seeing the tradeoffs clearly. If my child focused on one activity 25+ hours per week, and they were really good at it, that seems like it would be a really positive experience. But, they may be missing out on other opportunities, or even feeling like they didn’t get a childhood. On the other hand, if my child tries a whole bunch of activities, and never really focuses, they may miss the chance to be really extraordinary at something, and they may end up feeling like they’re only mediocre at pretty much everything.

What’s your take? Do you ever think about this? Do you come to different conclusions? I’d love to hear! And do any of you have kids that consistently spend 25+ hours per week on a certain activity/sport? Or maybe you did as a kids? What is that like?

P.S. — I know some of my friends have lost interest in watching the Olympics — they feel like the games end up being too much of a burden on the host city and its citizens. I see their point, and definitely wonder about the requirements for new stadiums and venues that I fear won’t get much use after the games. Have your opinions on the Olympics changed?

43 thoughts on “Being Really Good at One Thing”