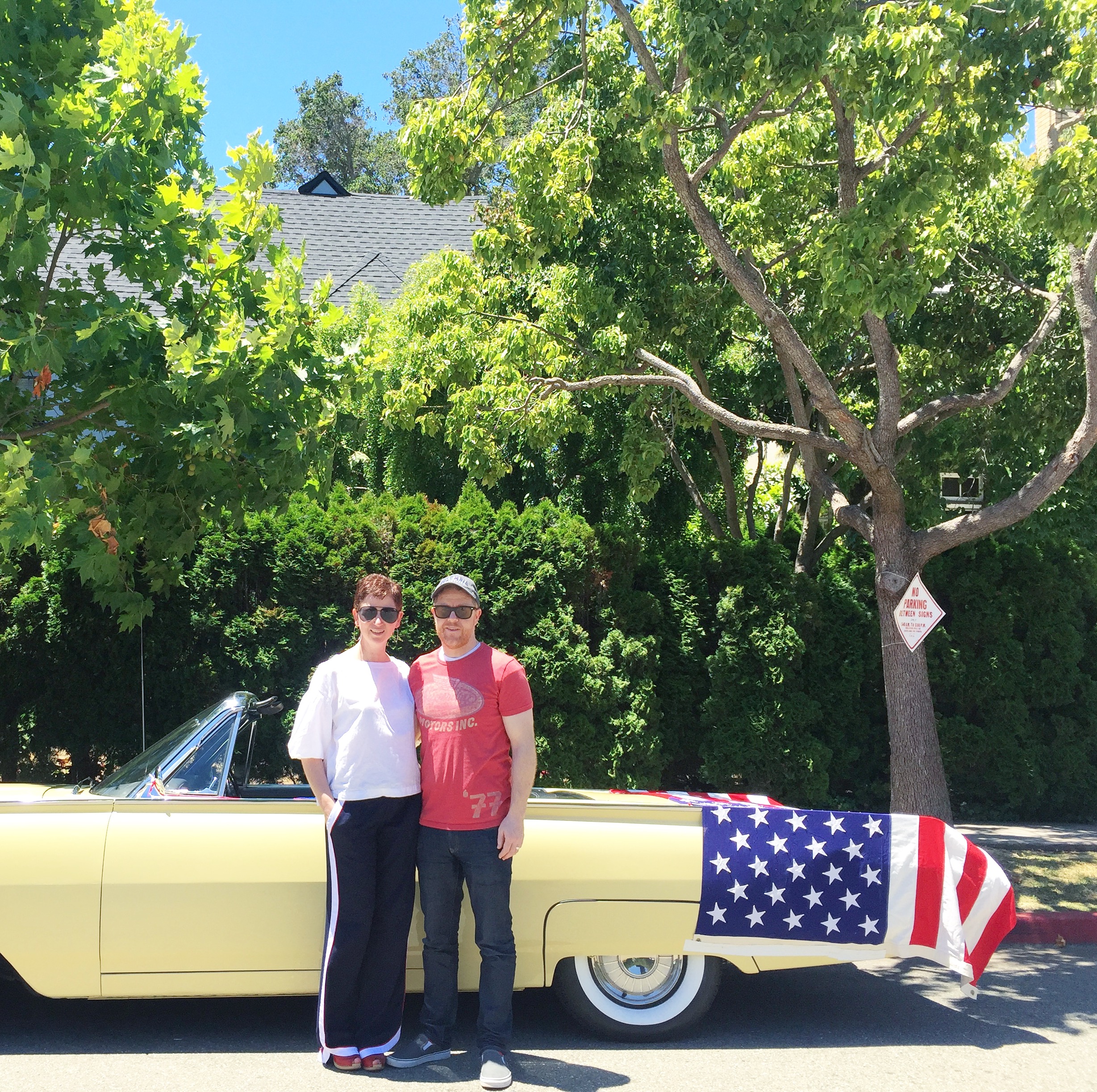 Raise your hand if Independence Day felt a little different to you this year. At our house it mostly felt the same as usual, but not totally. The activities were definitely the usual — we did 3 main things: we watched fireworks on the field after the Oakland A’s game, we watched a community parade (where Betty, Oscar and Olive helped hand out programs), and we had a very casual get together for burgers at our house.

What felt different this year:

– It was the first time our oldest, Ralph, was gone for the 4th of July. All the holidays and traditions feel strange without him.

– My teens, Maude and Olive, were conflicted about feeling pride for our country. They’ve never felt like that before.

– The A’s baseball game and fireworks show was unusually crowded. In fact, the announcer said it was the biggest crowd at the stadium since 2005. Happily, the fireworks (with a background of patriotic music and John Souza marches) were as amazing as usual. To me, they are worth the traffic and the crowds.

As it passed by, it was clear to me that it was outright mocking Trump. There was a stretch limo, with people dressed black-tie, walking around the limo with signs that said things like:  “You see crime, We see opportunity” and “Drain the Swamp? Nah.” and “Mar-a-Lagoon” and “Widen the Income Gap.” The limo was circled by Secret Service men — they wore suits and lizard tails.

Following behind the limo was a life-size Russian Nesting Doll. As it moved along, someone would lift the first doll head off, and then the second doll head off, and inside, was someone dressed as Trump with a signature Trump wig.

And then the realization of the crowd that there are no Trillionaires. So “Trillionaires for Trump” means no one for Trump.

Afterwards, some of us were discussing the finale. Had we ever seen anything like it at a 4th of July parade before? No. Not at all. And were we surprised that it happened in this particular community? Actually, yes. We were watching the parade in Piedmont. Piedmont is a very wealthy enclave that is surrounded by the city of Oakland. It’s like a little island-city of wealthy white people. I know California is pretty blue, but if there is anywhere in the San Francisco-Oakland Area that would be pro-Trump, I would assume it would be Piedmont. And here they were, openly mocking him as the parade route went along a street where the houses sell for $4.5 million dollars.

In other ways, I wasn’t surprised at all. Preceding the “Trillionaires for Trump” was a group focused on science-based climate change policy. And earlier in the parade, the Women’s League of Voters carried very progressive political signs.

Today, I’m still thinking about it; still quite fascinated by the whole thing.

– We were out of the country last year for the 4th of July, and I had forgotten about the epic fireworks scene in Oakland. For four hours straight last night, we could hear ongoing fireworks across the city. It’s so loud, and so consistent, it’s hard to believe unless you’re here. (Poor Oakland pets!)

– One more thing: I was off of social media for pretty much the entire Independence Day, but when I woke up this morning, I saw this story about NPR tweeting out the Declaration of Independence, and how some citizens, not understanding what it was they were tweeting, interpreted it as an attack on the President.

I can’t imagine anything like that happening before this year.

How about you? How were you feeling yesterday? Did you take a moment to bask in some patriotism? Maybe you pondered on your favorite things about being American? Or did you feel overwhelmed by how divided the country is right now? And how violence seems to be simmering at the surface so consistently at the moment? Any commentary from your kids this year? Do any of you feel outright shame about being American these days? Did the holiday feel the same or different to you?

82 thoughts on “The 4th of July Felt Different This Year”