Here’s a peek at the calendar at our house:

August 24, 2008
My parents’ 40th wedding anniversary. (Not really celebrated, because my father passed away a decade ago, but still acknowledged with a smile.)

That’s a lot of birthdays. And they’re followed up by one more:

As you can imagine, there is a lot of wrapping, decorating, well-wish-phone-calling, shopping and baking going on at our house. But. In the midst of all those tasks and busy-ness, I want to make sure to commemorate the most exciting, coolest, most important thing that’s happening today: 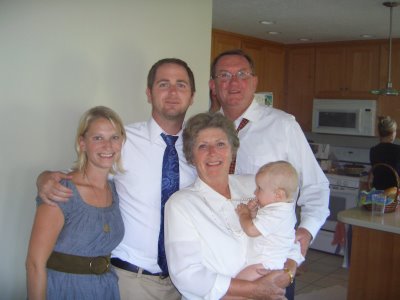 My Mom and Roger are leaving on a mission! They report to the Missionary Training Center today. And they’ll be flying to Russia on Saturday. Ykaterinburg, Russia to be exact. Where the annual temperature reaches 70 degrees at the high (brrrr!). To help me get a handle on the geography, this bit of trivia helped: the dividing line of the the European and Asian continents goes right through the city of Ykaterinburg.

I’m so proud of them for doing this challenging, adventurous and worthy thing. And I’ll miss them both. And I hope they’ll bring me home one of these.