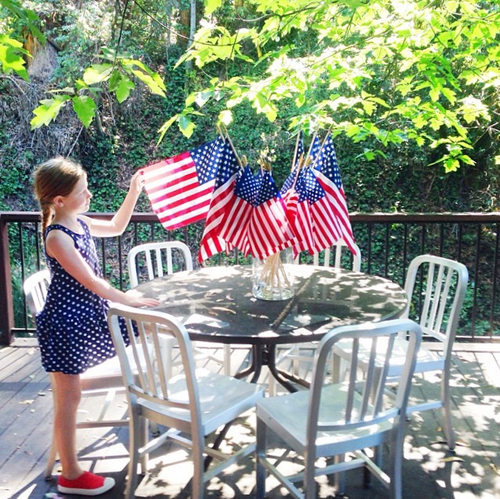 I think I’ve mentioned before, that in my family growing up, Dad was a Democrat and Mom was a Republican. Political discussions were lively, and as children, we weren’t pressured into being conservative or liberal; we could decide for ourselves. Among the now adult 8 siblings, we fall across the political spectrum and into both political parties — and we tend to cross the aisle as needed. But my sister Sara is the most politically involved. Here’s what she says about raising politically-minded kids:

I’m Sara Urquhart, married to Steve Urquhart, and politics is the family sport. We talk politics, we debate politics, we question politics, we campaign, and we serve. My husband is a Republican and is currently the Rules Chair of the Utah House of Representatives.

Regardless of our party affiliation, my husband and I work hard to give our children all sides of an issue. Issues are complicated. The ones that are easy have already been dealt with easily. I want my children to be able to decide for themselves where they are politically and why.

I would love to see every family dive hard into at least one political campaign — preferably for someone they know well. As a Mayor’s wife once told me in the local grocery store, “Every family should have somebody run for office at some time. It gives each person respect for the process and the positions and keeps them from taking so much for granted.”

At the end of the day, it’s teaching your children about the process — not about the party — that’s important. Once we were at a Republican breakfast rally and a kind, blue-haired lady in a stars-and-stripes sweater looked at my brood of children and cooed, “You are raising good Republicans.” I quickly answered back, “No, I’m raising good Americans.”

Thank you, Sara. I love that “not about the party sentiment”.

How about you, Dear Readers? How do you approach the idea of “raising good Americans”? What has worked at your house?

P.S. — If you’ve wished you were more involved or knowledgeable politically, you may want to visit the newly launched (and party neutral) blog Politics for Moms, which aims to educate Mothers about the political process.

Update: Then & Now — What Has Changed in a Decade

This post was written and originally published almost a decade ago. I recently remembered it and thought it was so relevant to today. Over the last year, essentially everyone I know has been feeling the urge to be more politically active, and to engage about political issues with their kids. So I thought it could be good to update and republish it.

What has changed over the last decade? Lots of things, but 3 come to mind. First, a decade ago, my siblings (there are 8 of us) really did fall nicely along the whole political spectrum as described above. But these days, in addition to my mother, there’s only one sibling left that still identifies strongly as a Republican. Have we changed? Or has the Republican Party changed? Probably some of both, but from my view it’s mostly the latter — to me it feels like the Republican Party has become more extreme, bumping many of us with moderate views, people who could easily vote across party lines, out of the way. I realize not everyone will agree, but that’s what it looks like from my perspective.

Second, I’ve never seen the population so politically involved before. Ten years ago, I definitely didn’t see citizens — from both parties and in the middle — engaged in such large numbers. Personally, I find it exciting and inspiring. The more knowledgable and educated citizens are about the issues, the more likely we can make good decisions as a country.

And third, when I consider my sister’s thoughts on “it’s not about the party”, they really resonate with me, but it seems like we’ve moved far from that sentiment. I think of my Aunt Janet, one of the most upbeat, successful and hard-working people I know. Over the past 8 months or so she went from being openly disgusted by Donald Trump to absolutely adoring him, and she has gone from being a fairly standard Republican a decade ago, to valuing her political party above all else today — even above her relationships with her children. Her kids are all grown up, but she will attack and shame them on social media if they express a negative view about the President or about the Republican Party. Sometimes it feels like “it’s not about the party” has become “it’s ALL about the party.”

What’s your take? When parenting, do you ever think about how to “raise good Americans”? Are you and your kids talking more about politics than you used too? Have you ever gotten involved in a political campaign? And what do you think about the 3 then & now observations? Would you agree? Have you observed things differently? I’d love to hear.

54 thoughts on “Raising Good Americans By Getting Involved in Politics”